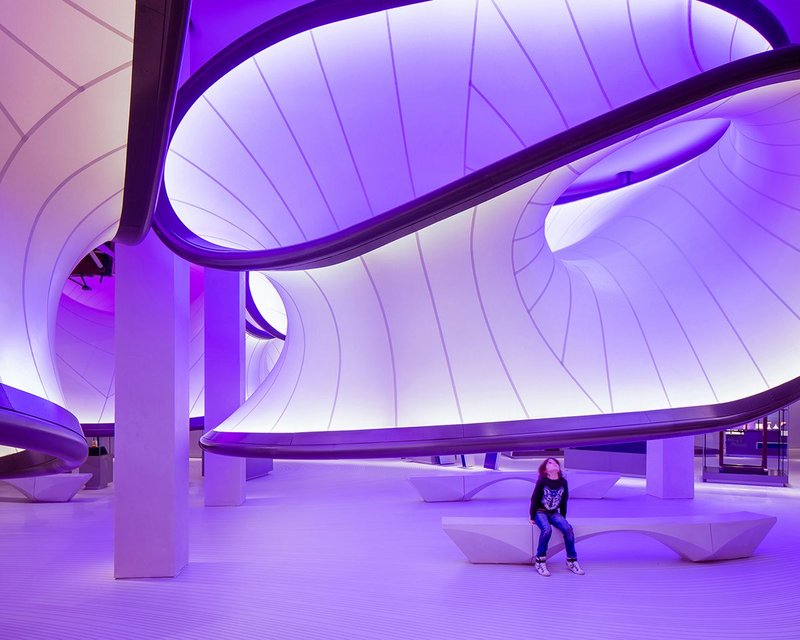 This gallery is the first permanent, public museum exhibition designed by Zaha Hadid Architects. It refits a space in the Science Museum to form the new gallery, where the curators wanted to present maths not as an academic concept but as a practice that influences technology and our environment.

The design is driven by aviation airflow equations. A 1929 Handley Page Gugnunc aeroplane sits at the centre of the space. The gallery’s layout and lines represent the air that would have flowed around the aircraft in flight.

Although the layout is generated by movement, this has been tempered through the creation of a new central ‘eddy’ which gathers groups and encourages individuals to pause. This pioneering project has vastly increased visitor numbers and is an exemplar of how architecture can be central to curatorial development.