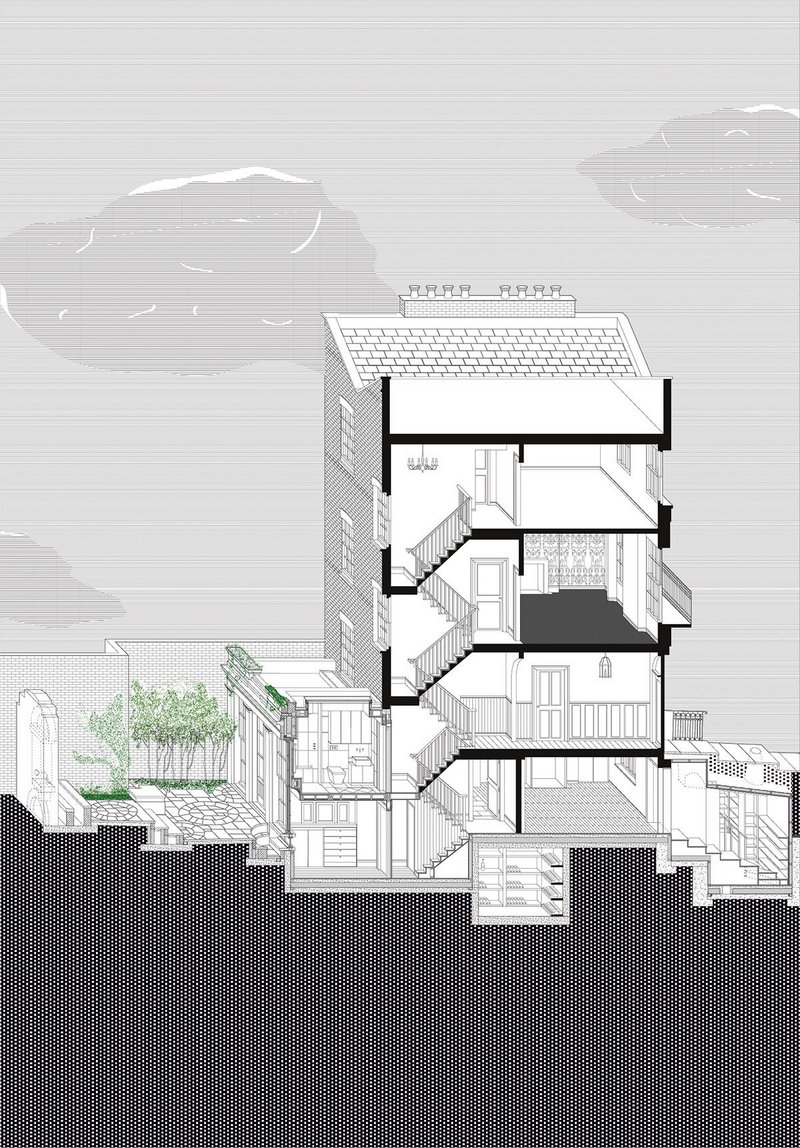 Perspective section of original house and the new extensions, in a similar style to contemporary Georgian drawings.
‘We are not one of those practices that wishes we were all living in the 18th century,’ explains Jonathan Taylor as we sit in the courtyard garden of architectural firm Timothy Smith and Jonathan Taylor’s recently completed Georgian Townhouse project in Hoxton, London. The building is a typical late-Georgian, four-storey, 5.5m-wide terraced house, built in 1835, with an elegant fanlight window above the front door, a balconied piano nobile and a recessed lower ground floor that is generously set back from the street.
Smith and Taylor have renovated a significant proportion of the existing interior, added a rear extension at the lower level, excavated a sliver of basement and redesigned the garden. The clients, David and Christopher, but particularly David, are neoclassical architecture enthusiasts; original prints line the staircase walls, and one aspect of the brief was to create a room to store David’s collection of drawings, which is now located in what is affectionately called the ‘map room’. 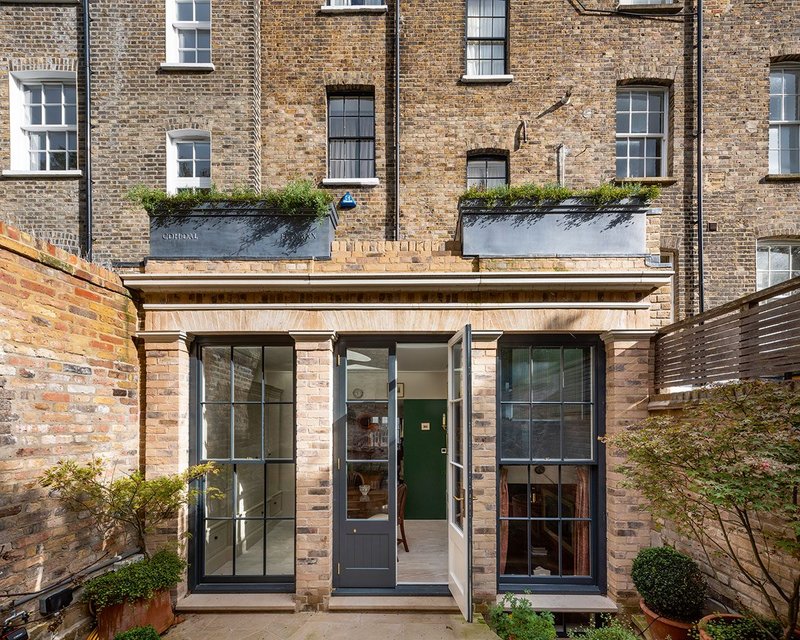 And this is how this project is: compact and clever. It maximises floor area and uses by neatly and cleverly overlapping spaces. They are too dense to be original in what would have been essentially a speculatively built house, but they are charming enough to feel authentic in spirit and tone, and have that Soanian eccentric conversion element to them too. There certainly isn’t any looming question that the style might not be appropriate.