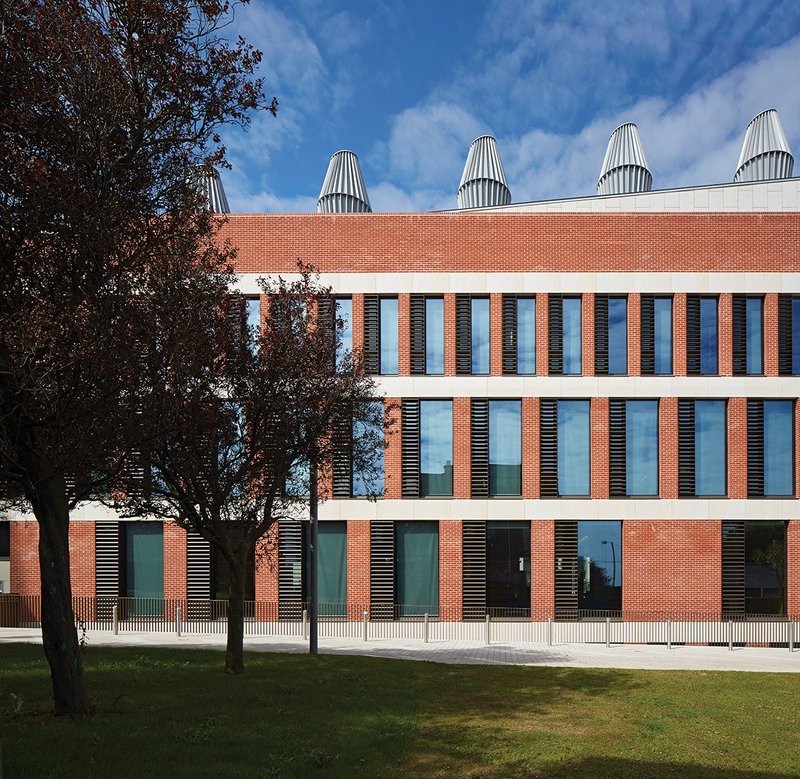 The 6,327m2 building, which overlooks Dublin Bay, won both the sustainability category and the Overall Schueco Excellence Award.

The centre officially opened in April, some eight years after the architect won the project in competition. According to director Louise Cotter, a key priority was longevity, with a 60-year minimum design life for the components and 100 years for the building structure. This drove the choice of high quality materials and products that would weather well such as granite, brick and brass, as well as extensive use of Schueco curtain walling and window systems.

The building and its associated park also help improve connections between Dun Laoghaire and its harbourside, which had become isolated from the rest of the town, partly as a result of a 6m change in level down to the seafront. The €29.5m development creates a new civic heart in this previously neglected area.

Judges admired the elegant use of the Schueco system. ‘It’s a beautifully made, beautifully crafted building that looks like it’ll be here for a long time. An excellent piece of architecture,’ said judge Jo Bacon.

There are three main applications of Schueco systems. Schueco FW 50+ SG structural glazing system was incorporated into the brick elevation on Haigh Terrace. The composition was designed to address the scale of nearby terraces with clearly legible storeys emphasised by granite banding. This has glazed-in, motorised and inward opening vents (Schueco AWS 70.HI) and customised, bronze anodised aluminium brise soleil. 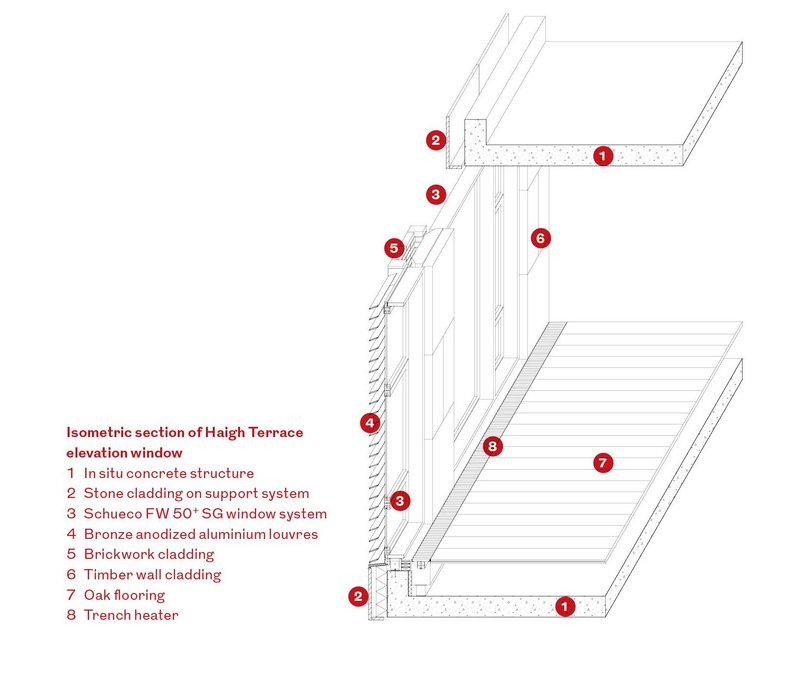 Above the main entrance, Schueco’s AWS window system is overclad with patinated brass cover plates to tie into the brass entrance portal. Windows are flanked by louvres inset into the Schueco frame.

The same overcladding technique and AWS window system are used within the granite park elevation facade. Here, the aim was to make the frames as unobtrusive as possible in order to maximise views of the sea. Sidelights and a frameless glass louvre system are incorporated into Schueco Jansen VISS SG sections supported on a steel framework. These VISS sections were also used to accommodate the large assembly of sea-facing windows.

The architect says that Schueco technical support helped the design team and specialist contractor by providing customised solutions with the required technical performance and aesthetic appearance.

The library building is the biggest project completed by the practice to date and has proved hugely popular locally, particularly with teenagers and older people.
‘It’s a small miracle it happened,’ says Cotter. ‘There’s not another library like it in the whole country.

Back to the Schueco Excellence Awards 2015 introduction