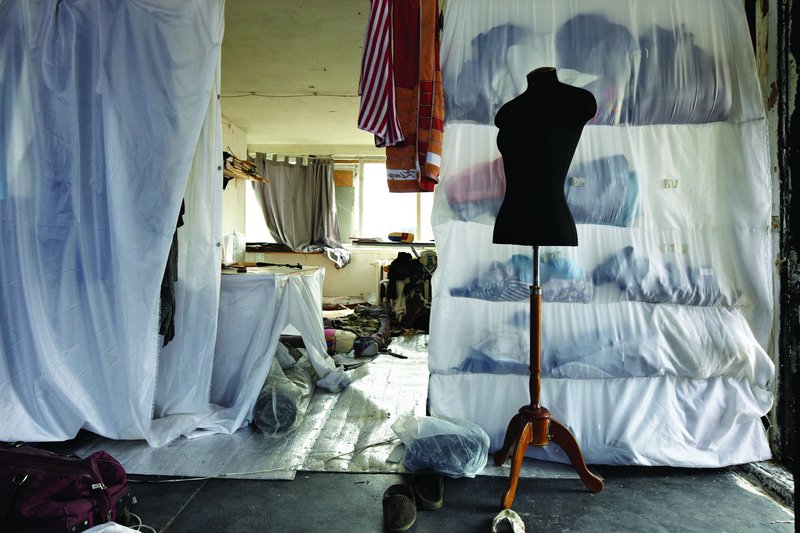 Having made his name as a photographer in the 1980s (the RA’s ‘Foster Rogers Stirling’ show seemed as much a showcase of his work as it was of the architects he portrayed), Richard Bryant is considered a doyen of UK architectural photography. A veteran of the heady days of publishing – when a commission might mean a stay in New York and flight back on Concorde – and with a big archive to choose from, Bryant brings us back to earth with his shot last year of the Constructivist Narkomfin Building in Moscow.

Built as a model of communal living for workers in the post-revolution Commissariat of Finance, its 54 flats, with high ceiling heights and innovative split-level sections, fell out of favour with Stalin, who saw it as Trotskyist. Falling into disrepair over time, it’s in a parlous state today; but despite strong arm tactics by the developers’ henchmen to oust the artists and activists who are squatting there and demolish it (it sits on highly valuable land in central Moscow), they are going nowhere.

This is a ‘stolen’ photograph. Bryant was only granted access through an intermediary, had to get past guards and was treated with a stranger’s suspicion by residents while in there. Unpeopled, at first the picture suggests that he’s adhering to the conventions of modern photography. But working with film rather than digital and only taking 6-8 shots a day, he puts that trend down to the medium rather than style, as ‘people move, film was slow and exposures were long’. Here this was a conscious choice. A space marking ­occupation without actually showing it; a ghost of a photograph ‘alluding to the presence of humanity.’