Charles Holland revels in the eclectic decorative style of the sociable, laid-back town of Búger in Mallorca, and rounds off the day in a typical Mediterranean public square 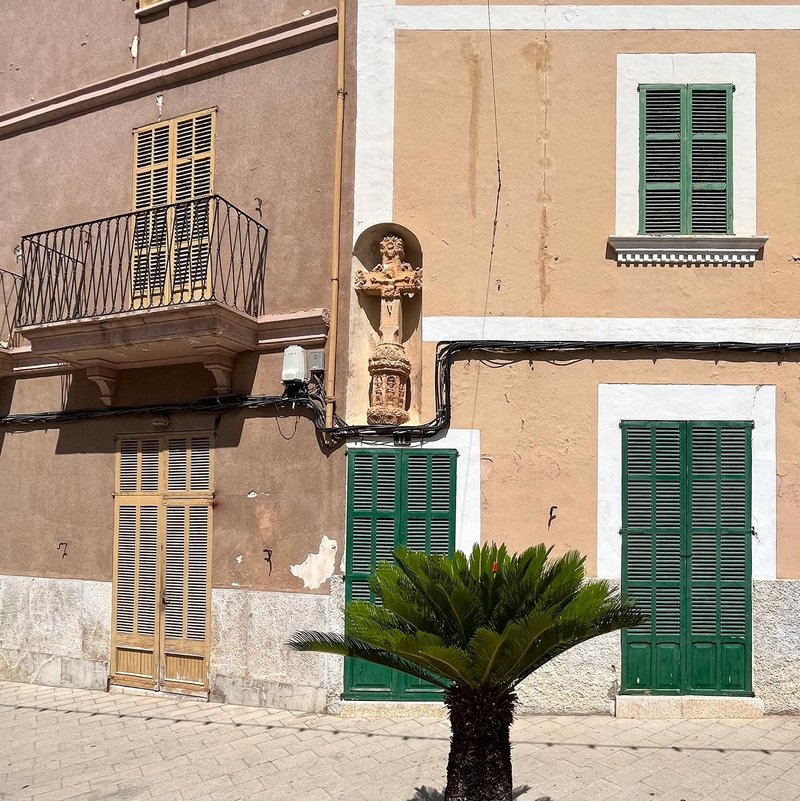 I’m in Mallorca and this is in the small town of Búger. I like it for several reasons. The painted-on decoration, the sculptural decoration – just plonked in a niche on the corner – and the inadvertent decoration of the power cables. I also like the odd way that the two houses turn the corner. The shutters – surely likely to become a feature of UK housing soon – are fixed in the same plane of the external walls which gives the facades an appealing flatness so that these houses look like the cardboard planes of an architectural model. 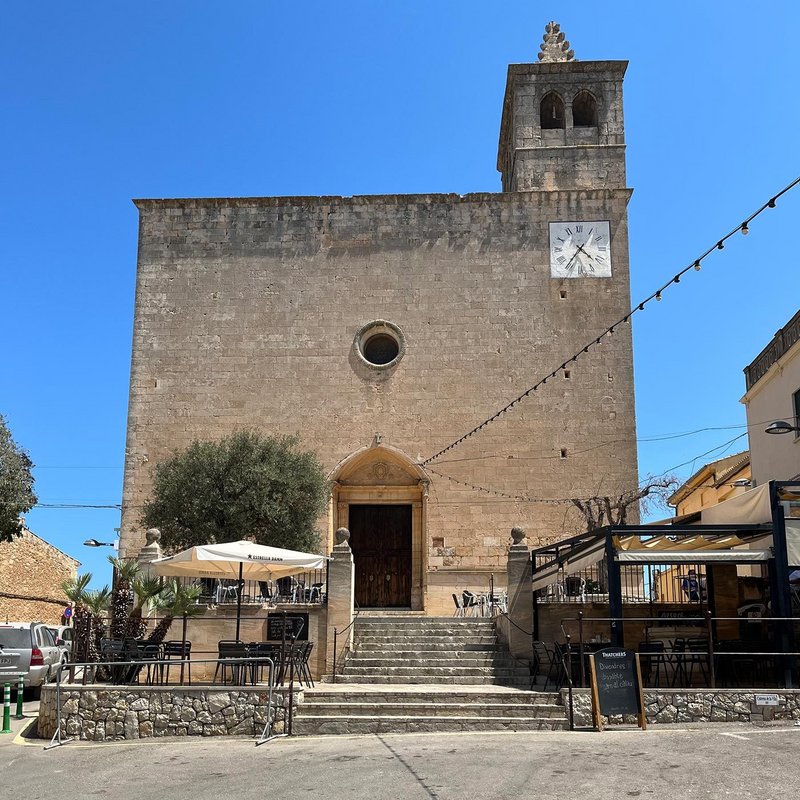 The church of Sant Pere de Búger has an awesome facade. Mostly monumentally blank, but relieved by a circular window – placed centrally – and an asymmetrical rather stubby steeple and clock. The clock is a masterstroke – if you’ll excuse the pun – as it appears to be slipping off the facade altogether. Possibly the whole composition would be even better without the tower but you can’t have everything. The church dominates the town and this facade sits at the top of a steep rise of road, a sort of quasi public space up and down which hundreds of mopeds zip. The café at the foot of the steps is very good too. 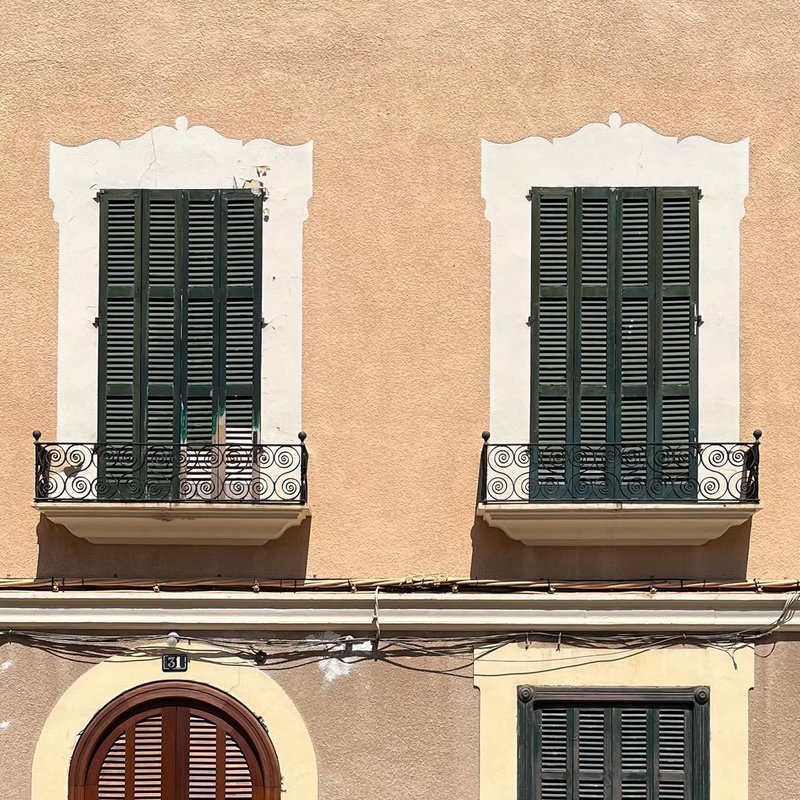 Some more painted-on decoration, this time a little more elaborate and a little more ornamental but still a model of deft economy. This is an effective enough rebuff to the Ruskinian idea of decoration as needing to of the structure – i.e, somehow intrinsic to how a building is constructed. Here is it is definitively and unapologetically on the structure, the thinnest of surfaces, a micro-film of applied meaning. 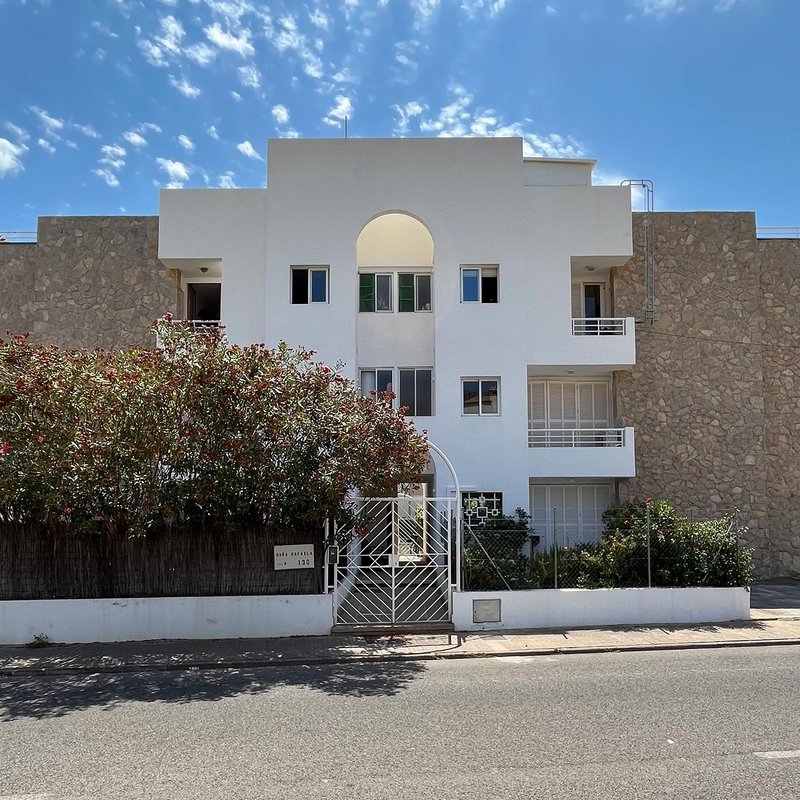 Talking of applied meaning, here is a very Venturian façade in the beach resort of Port de Pollença. It is a sort of Mallorcan version of Guild House, the proto-post modern condominium Robert Venturi and Denise Scott Brown designed in Philadelphia in the early 1960s. Executed in the language of beachside villas but perfectly symmetrical, nicely balanced, subtly layered and a little bit kitsch. What’s not to like? 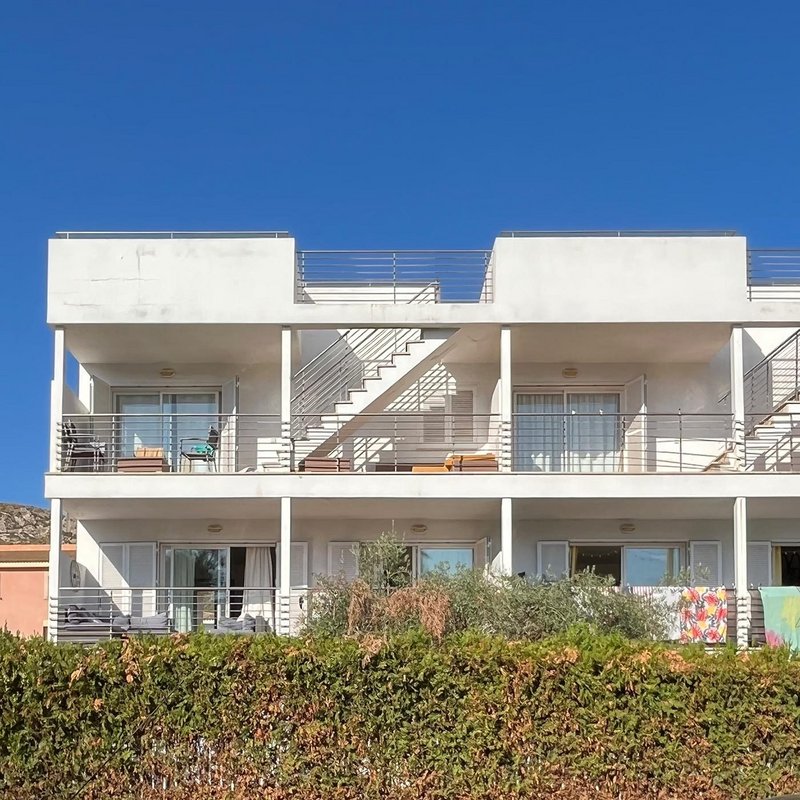 Two doors down from the Mallorcan version of Guild House, I came across this much more Corbusian number. It neatly expresses a number of his five principles: walls separate to structure, independent frame and sitting on piloti (hidden by the hedge). This could also easily be early-Michael Graves without the silliness or Henri Ciriani on holiday. The beach towels add an essential quotidian quality. 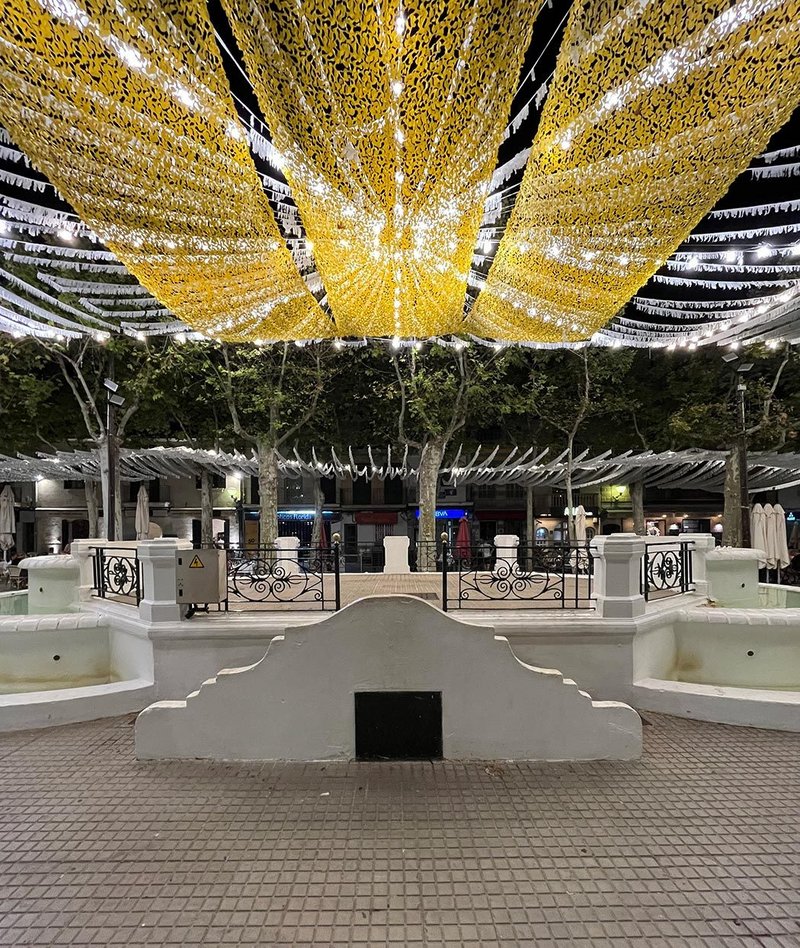 Sa Pobla town square at night. It’s something of a cliché for Brits to mourn the lack of civilised, European-style evening life in our provincial towns. A decent meal post 10pm, all ages enjoying some convivial chat, children playing merrily in the square etc etc. They tend to do this after – or during - a short European break. I am no different. But this is rather lovely, the lights stretched over the fountain, bars all around, no one having a fight. Wish you were here. 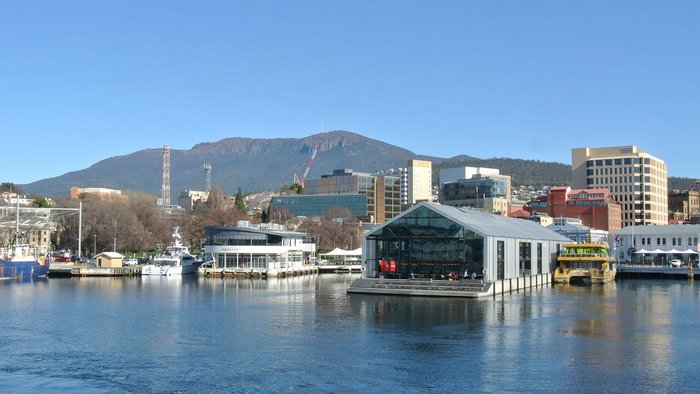