An 11-year labour of compassion 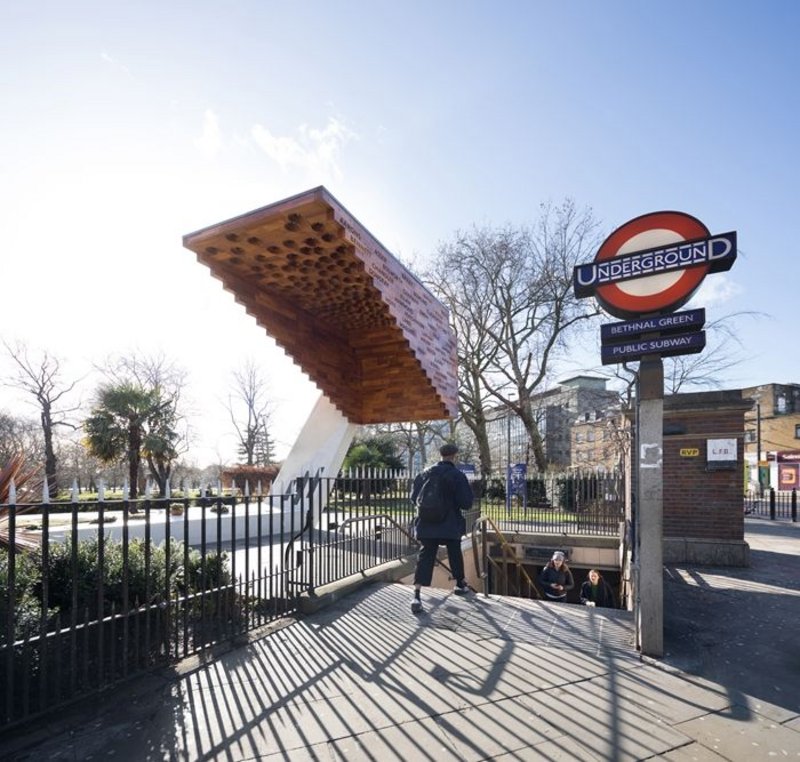 This memorial remembers the 173 people who were crushed to death during an air raid in 1943 as they rushed to gain shelter in what is now the south-east access stair to Bethnal Green Tube. It was one of the worst civilian disasters in British history, but until this project the only memorial was a small plaque installed in 1993. In 2006, local architect Harry Paticas noticed it and began researching. What followed was an 11-year labour of compassion, involving meeting victims’ families and survivors (some telling their story for the first time), the emergence of the Stairway to Heaven Memorial Trust, and the idea to build a tribute.

The outcome is a striking memorial that is part sculpture, part architecture. It has intellectual rigour and a poignant justification of form based on the negative space within the stairwell where the crush occurred, lifted to one side in the neighbouring park. In the roof 173 conical holes throw light toward the stair at midday. A supporting polished concrete plinth unfolds across the site, fixed with multiple bronze plates inscribed with extracts of accounts of the tragedy.

See other winners in the RIBA Regional Awards – London: Community