Glass and slate disappear into the hillside 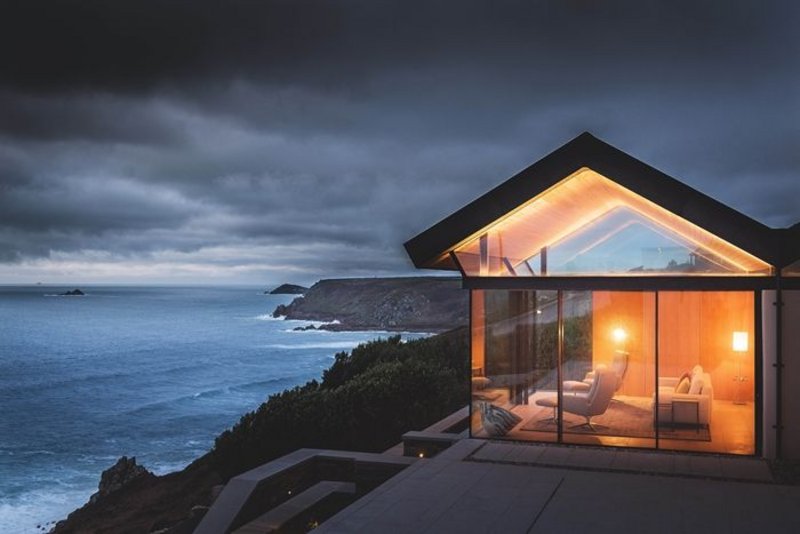 This extension to a 1920s granite cottage above Cornwall’s Sennen Cove has transformed the house, removing mid-century accretions to reveal a robust shell. The extension is conceived as a rippling wave: three pitches with ridges running parallel to the house. The single storey form is spaced off the existing cottage by a flat roofed entrance zone. From the road, the slate-roofed extension sits subservient in scale to the two storey cottage.

Entered via a new recessed front door and walled courtyard set into the hillside, the link between old and new frames a first view of the sea. Internally the timber-lined roof hovers over a deep kitchen/living room bounded by slate walls to the north; full height, west facing glazing gives mesmerising views over Sennen Cove. The old cottage has been simply restored, allowing the evolution of the site to read clearly.  Viewed from Sennen, Pengwynver respects its context – the glass and slate disappear into the hillside unlike so many jarring contemporary interventions. This building allows the addition of spaces and services without denying the structure which has endured the best part of a century in this exposed setting.

See the other winners in the RIBA regional awards - South West