Nuance changes as light falls on each elevation of this building 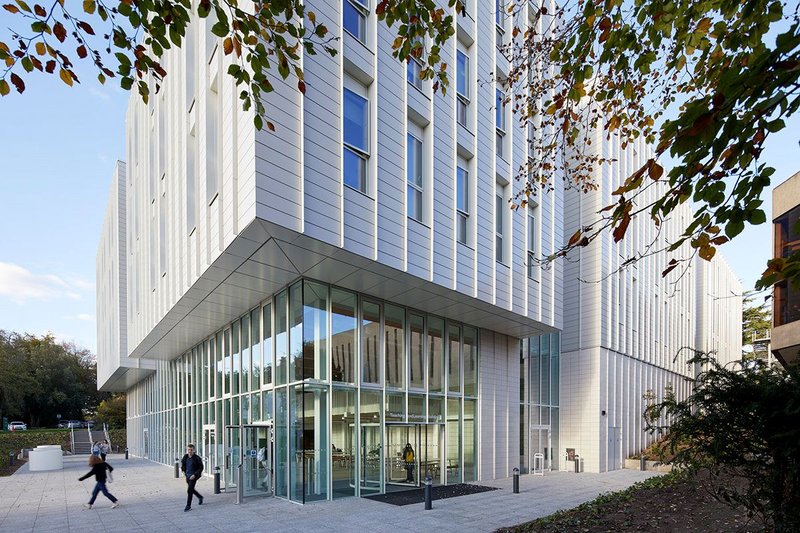 Arranged to maintain key circulation routes through the campus, connecting to a series of teaching blocks around a central atrium, the new building’s blocks are articulated to its neighbours, a 20th century villa and the Hallward Library. Set out on a strict 1m grid, its white terracotta tile rainscreen facade, whose nuance changes as light falls on each elevation, defines the blocks’ upper levels. Below the line set out from the adjacent library, the plinth is detailed in fine masonry. The same finishes run internally, blurring distinctions between inside and out. Make also introduced oversized bay windows between blocks so users feel as if they are sitting out among the surrounding trees. Materials have been chosen carefully, and the building should age gracefully because of it.

See other winners in the RIBA Regional Awards – East Midlands