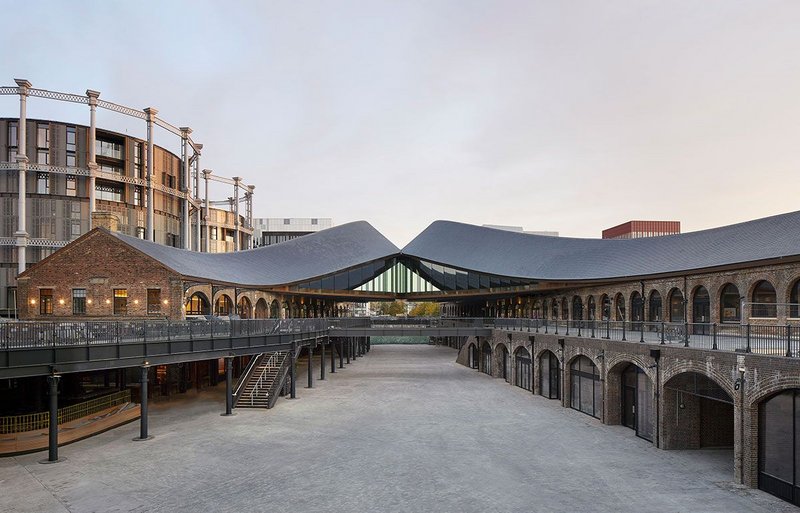 The relatively modest grade II listed coal drop building and its non-listed neighbour have been sensitively refurbished, reflecting the industrial heritage of the site, and the needs of its current users, with a mix of shops, restaurants and bars. They are topped off by two dramatic twisted ‘kissing roofs’, creating a seductive, dramatic space above the smaller retail units. The character of the historic buildings and their setting have been brought back to life through sensitive adaptation and clever reuse for the 21st century, while retaining their industrial feel and vestiges of the past.