Ambitious reinvention into a working, living, thriving community for the 21st century 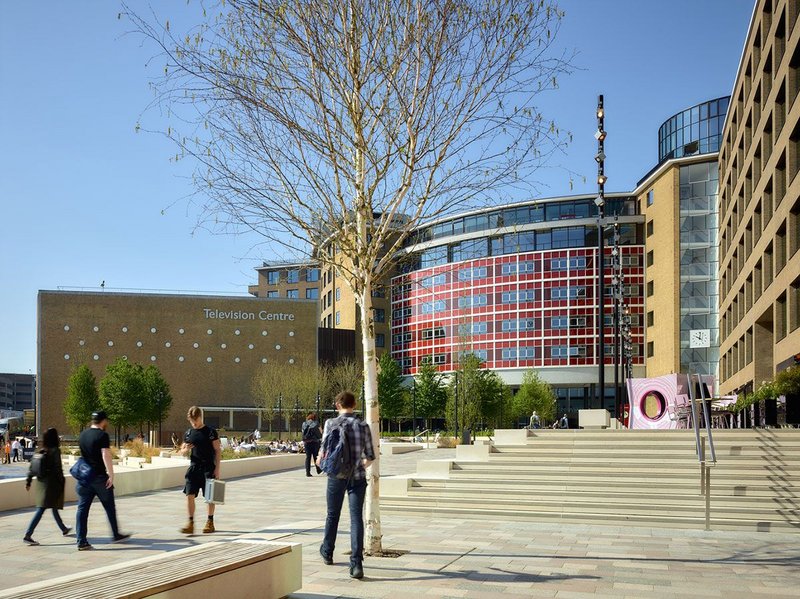 The Television Centre at White City is the ambitious reinvention of architect Graham Dawbarn’s 1949 landmark studios into a working, living, thriving community for the 21st century. The celebrated forecourt is retained but transformed from a private place into an inviting publicly accessible landscape. Certain distinctive features have been preserved: the 3m high Helios statue, John Piper murals and Studio 1’s ‘atomic dots’ have been bound into the new design by an expert team of architectural practices. The mix of historic and new buildings now provides around one thousand new homes, including the fantastic ‘Architects’ series of curated, bespoke apartments. Meanwhile, new workspaces for the creative industries have been added and are stitched into the spiral ‘question mark’ plan form of the original design. With public realm improvements, the project contributes significantly to the local environment and delivers new radiating energy to ensure Television Centre’s future as an iconic work of architecture.