Original building remains dominant in conversation between new and old

As part of the revitalisation of Hartlepool’s Church St Conservation Area, the critical mass of the town’s Northern School of Art and its student population is being used as the catalyst for the town’s urban regeneration. Its grade II-listed Victorian post office, refurbished and extended, provides a serviced facility offering studio spaces for start-up enterprises, flexible teaching spaces and also a social networking environment. Adopting a design approach of retention, adaptation and addition has created a conversation between new and old, where the original building remains dominant. The architect’s distinctive, gold-metal-clad new fourth wing also encloses the central area to introduce a common social space. 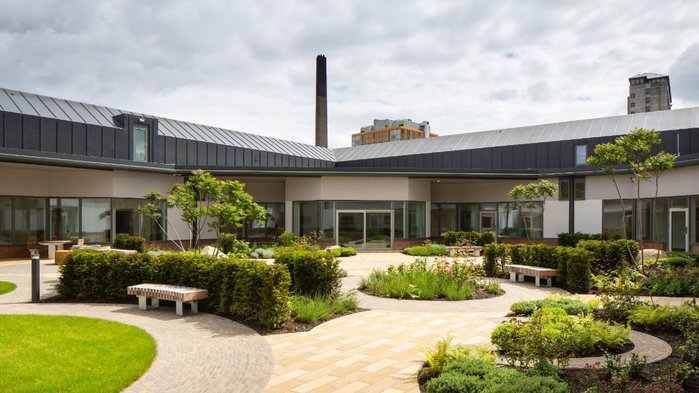