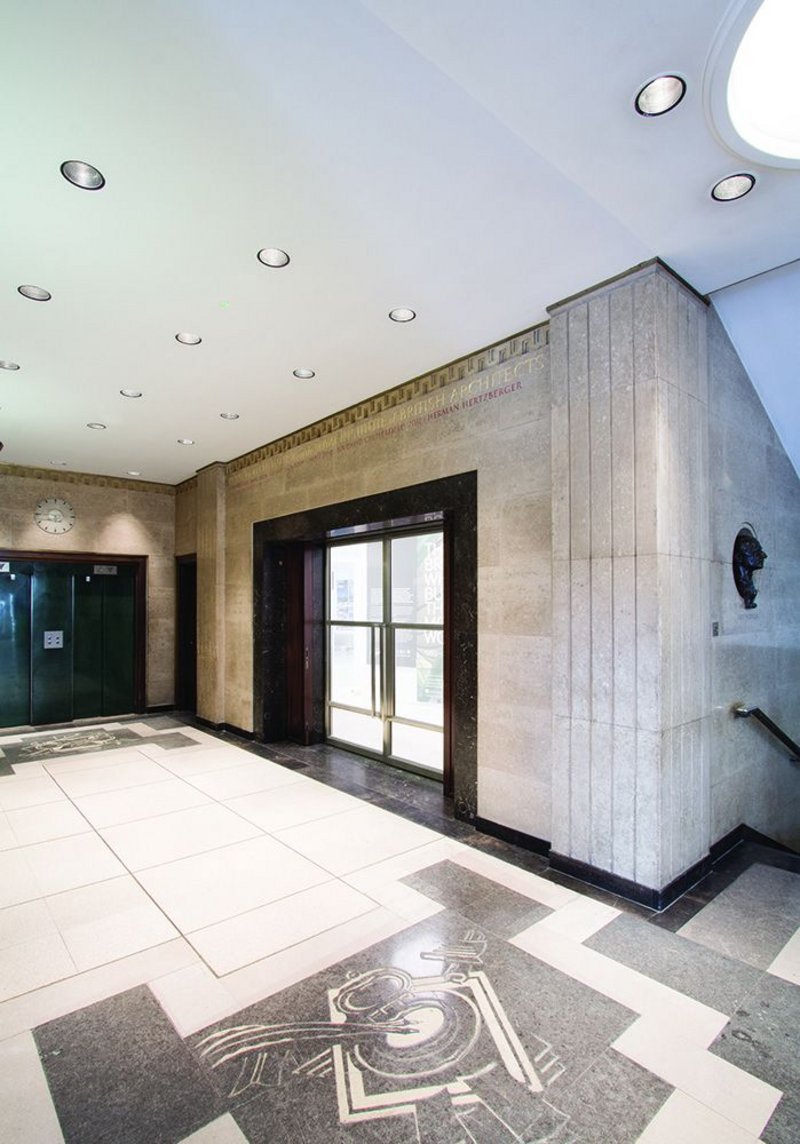 As holes in the wall go, this is pure class. In its 80th year, and close to the watchful bust of its monocled architect Grey Wornum, 66 Portland Place has acquired a new portal that looks as if it has always been there. It is the entrance to the new Architecture Gallery, long in the planning and making, but here at last.

The interior of the RIBA building has changed over the years a surprising amount for such a highly regarded listed building – or perhaps not so surprisingly, given the ­occupation of its occupants and the fact that, not so long ago, it was regarded as more of an embarrassment than an asset to a modernistically-minded profession. But all that has changed. As with Caruso St John at Tate Britain, so with Carmody Groarke here – working with the RIBA’s listed building ­consultant Julian Harrap – it is now seen as both acceptable and desirable to work judiciously with the language of the original building rather than make an obvious contrast.

This square portal echoes other such double doorways in the building, not least the bronze entrance doors, but it develops the language. Its architrave is lined with a grey fossiliferous stone of a kind much used by Wornum. Within the aperture are dark timber doors – but here sliding rather than swinging together. This is because heavily-framed opening glass doors within mark the real entrance to the new world of the gallery. Between shows, the timber doors can slide shut over them.

This wall of the building, on the way from the entrance lobby to the lifts, has always been rather unresolved: originally a glass-fronted notice board was here, later a window to (for a while in the 1980s) the Community Architecture office. Now at last there is somewhere to go to down here to balance the bookshop and cafe opposite. This is a doorway you will want to step through.