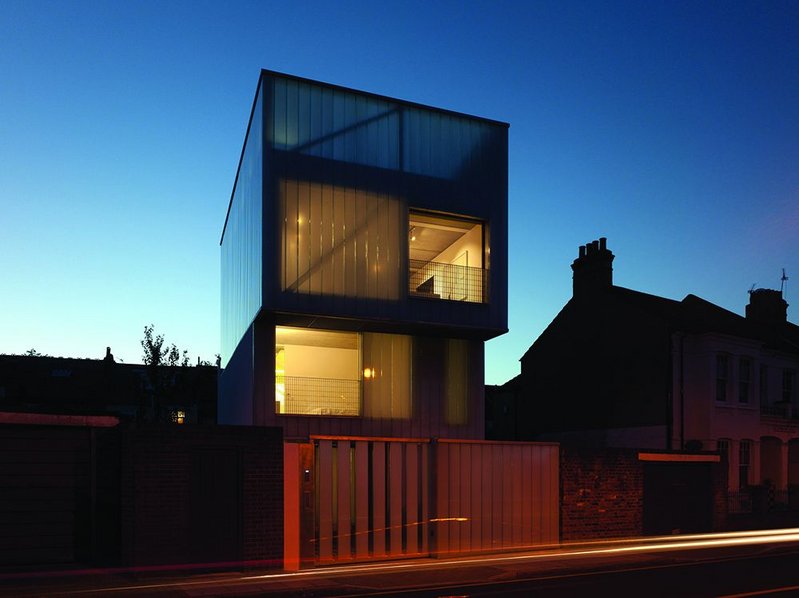 ‘To be honest, it still feels a bit like a dream,’ says architect Carl Turner a year after moving into the Manser Medal shortlisted house he designed for himself and his partner. Slip House sits behind the 30s suburban home they bought seven years ago. ‘We didn’t even want to live in the house we bought,’ he tells me. ‘We only got it because we saw the potential of the land at the back of the site.’

Realising that plan seems to have caught them by surprise. ‘To say we were shocked when we got planning would be an understatement,’ recalls Turner. Lambeth Council was somehow sympathetic to their desire for an extremely minimalist, impeccably detailed steel structure, that not only used innovative hybrid construction techniques and mat­erials, but challenged the notion of suburban zoning. Turner admits that ‘what really terrified us was that we were going to have to build it as designed’. He recalls that at the time that they used ‘guerrilla tactics’ and downplayed the sui generis ‘Live/ Work’ component of the scheme ( Turner’s practice office now happily and messily occupies the ground floor), but the council was never any­thing other than completely sold on the notion of reintroducing forms of industry into suburbia. ‘We’re interested in a model of flexible living, creating patterns of daytime occupation and the need for cafés and shops,’ he says, ‘It’s not only very English, it’s a perfect suburban model.’ 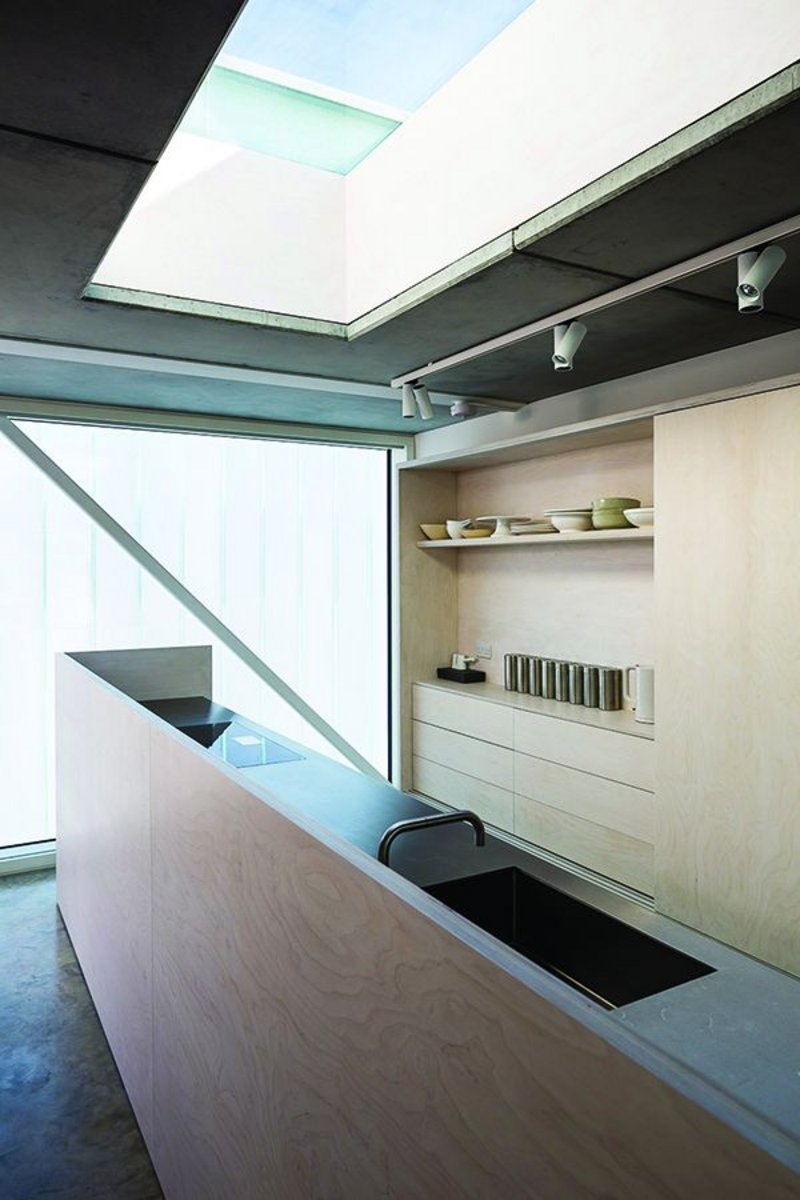 Turner says that during the design his and partner Mary’s roles split; she taking on the role of the client. An advertising executive, she was seeking a calm, monastic retreat from the ­cacophony and temporality of the day job – and Turner admits that Slip House’s pared back, crisply finished interiors of white larch and floated concrete floors were primarily at her insistence. Don’t let all those milky Linit glazed panels fool you – the windowless flank walls of the home are highly insulated SIPS panels, helping it perform to Code Level 5. This also helps to account for the quality of light inside. It’s an uninterrupted and serene space internally – perfect for light watching.

‘At any time of the day the light can be quite beautiful – and even at night in the glow of the street lamps,’ says Turner; proving that even if the house is monastic in principle, it can still have its moments of indulgence