After several fallow decades, British faith architecture seems to be enjoying something of a renaissance. An increasing number of religious communities are commissioning high-profile practices to design places of worship, raising questions about the meaning of contemporary faith spaces and how they ­articulate new interpretations of spirituality.

A recurring trope in contemporary approaches seems to be a Ruskinian emphasis on ‘truthful practice’: a theme which is powerfully embodied in the RIBA award-winning refurbishment of St Augustine’s Roman Catholic Church in Hammersmith. The objective of this scheme, an impressive collaboration between Roz Barr Architects and parish priest Father Gianni Notarianni, was to strip away the veneers of paint, creosote and carpeting to reveal the raw materials of the church. The relationship between space and symbolism is explicit, as Roz Barr states: ‘There is an honesty to our approach that aims to celebrate this urban room and create a more optimistic and purer interior.’

The church, built between 1915-16, was founded by Augustinian priors and continues to be served by the order from the neighbouring priory. The original building is a competent but undistinguished example of early 20th century Neo-Romanesque, typical of its era. The intervening years saw the interior decorated and redecorated in a sequence of uninspiring styles; by the time the current refurbishment began, paint had been applied enthusiastically (no less than six layers) to every surface including the stone piers; the roof timbers were stained dark brown and the internal colour scheme was dominated by the sky-blue apse and red-carpeted chancel floor. Father Notarianni secured initial funds from the International Order of Augustinians to begin the first phase of a major redevelopment of the site and in 2012 Roz Barr was appointed to undertake the work, beginning with a significant overhaul of the interior. The most striking elements of the refurbishment have been the introduction of light into the space by stripping the roof timbers and treating them with a white oil, and creating a unified pale colour scheme. The limestone columns and timber floors have also been stripped and sealed, allowing the church’s hidden materiality to emerge. Everywhere, the desire for honesty is present. Although, for example, the heating infrastructure is concealed in the walls using pioneering technology, this is visibly expressed by allowing copper piping to snake around the timber ribs at the clerestory level. The overall aim is to create a rationalised, readable space that generates a sense of unmediated spirituality.

Beyond symbolism, the project also revives the arts and crafts tradition of holistic design, in which the furnishing, liturgical apparel and decoration are carefully selected to create a dynamic unity. Father Notarianni, an alumnus of the Slade, is deeply invested in ‘re-establishing a connection between the Catholic church and contemporary art’ and actively promotes cultural activities and exhibitions through his outreach initiative, the Austin Forum. This enabled him to secure and continue to raise funds for a refurbishment which transcends the practical and helps to, as Notarianni suggests, ‘build bridges with the art community’. This objective couldn’t be clearer: for a modest parish church, the attention to detail and quality of craftsmanship in the fixtures and fittings at St Augustine's is remarkable. The focal point of the church is the monolithic oxblood-coloured, Venetian plaster altar, designed by acclaimed ceramicist Julian Stair. Suspended like a great halo above the altar, is a striking cast iron ring, into which is written the Augustinian motto, ‘Veritas, Unitas, Caritas’. This, along with a large free-standing tabernacle which is still being cast, was designed by Roz Barr. Typographer John Morgan was commissioned to create a new font for the text which has been painted in moon gold around the walls of the apse. Everything down to the candlesticks and even candles has been painstakingly designed to create a rich and perfectly-tuned harmony.

Piecemeal funding means this is a lengthy work in progress – though the church is now operational and the altar has been officially dedicated, the baptismal font (also by Julian Stair), crucifix, vestments and kneelers (commissioned from the textile designer Pauline Caulfield) and other fittings are yet to be completed. But budgetary constraints have proven to be generative: leading to the retention, for economic reasons, of the original statutory and painted stations of the cross has allowed layers of time to be stitched into the refurbishment, making earlier phases of life in the church clearly legible. And, importantly, the slow drip of funds and lengthy time-frame provides space for the development of a thoughtful and conscientious programme of design; producing such a scheme in slow-motion allows every decision to be meticulously considered before it is implemented.

It is genuinely inspiring to see a project in which art and architecture have been brought into such meaningful dialogue: the relationship between the two is frequently voiceless, irrelevant and depressingly perfunctory. But perhaps it is St Augustine’s aspiration to truthfulness that distinguishes it. It seems appropriate to give the last word to Ruskin: ‘We may not be able to command good, or beautiful, or inventive, architecture; but we can command an honest architecture: the meagreness of poverty may be pardoned, the sternness of utility respected; but what is there but scorn for the meanness of deception? 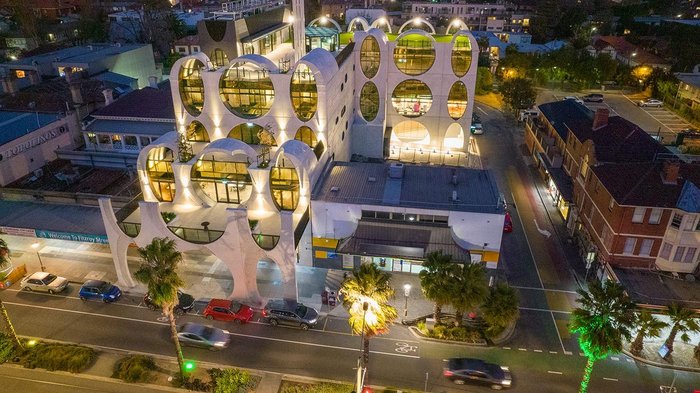