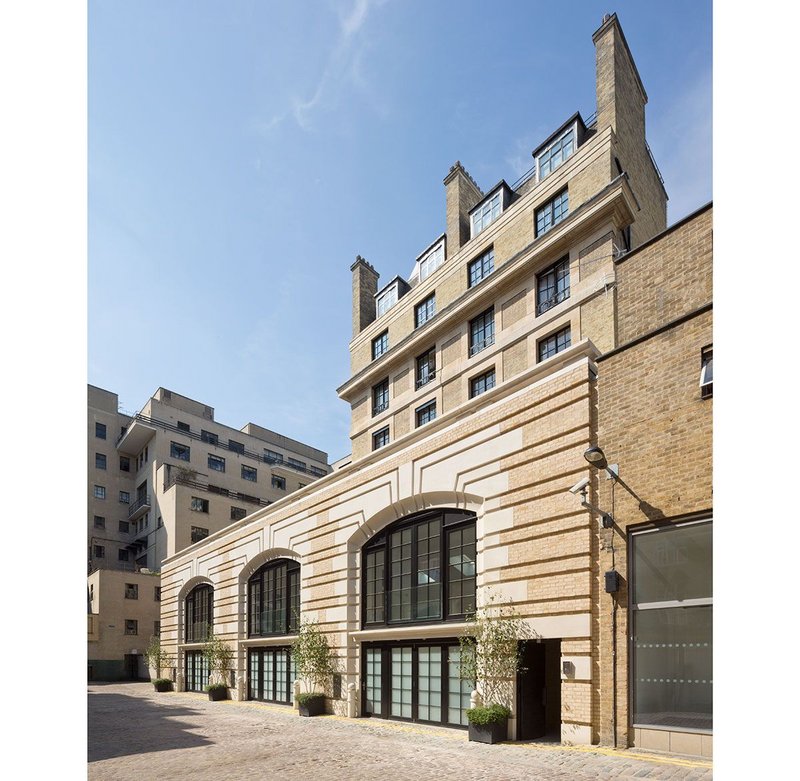 For us, this project is literally close to home. From our office windows at the RIBA we looked down on the building site, we heard its noise, we felt its dust and vibrations. And now we see the result: a row of three little terraced houses built on the site of some nondescript garages in the granite-sett mews that runs along the back of this part of Portland Place.

So far so commonplace – Marylebone is full of such mews and there’s always a building project going on in most of them. Tom Croft, however, of Thomas Croft Architects, came up with an unusual idea to deal with the matter of the large openings required to provide enough daylight in this constricted alley and include a garage in each small house. The first we knew of this was when lorries started arriving with big precast arch sections – the largest that could be delivered by lorry through the low entrance to the mews. These took their place on the arched two-storey facades, other precast sections (reconstituted stone, resembling Portland stone) assembled to form the sides and centre transom, while the brick sections were hand-laid. 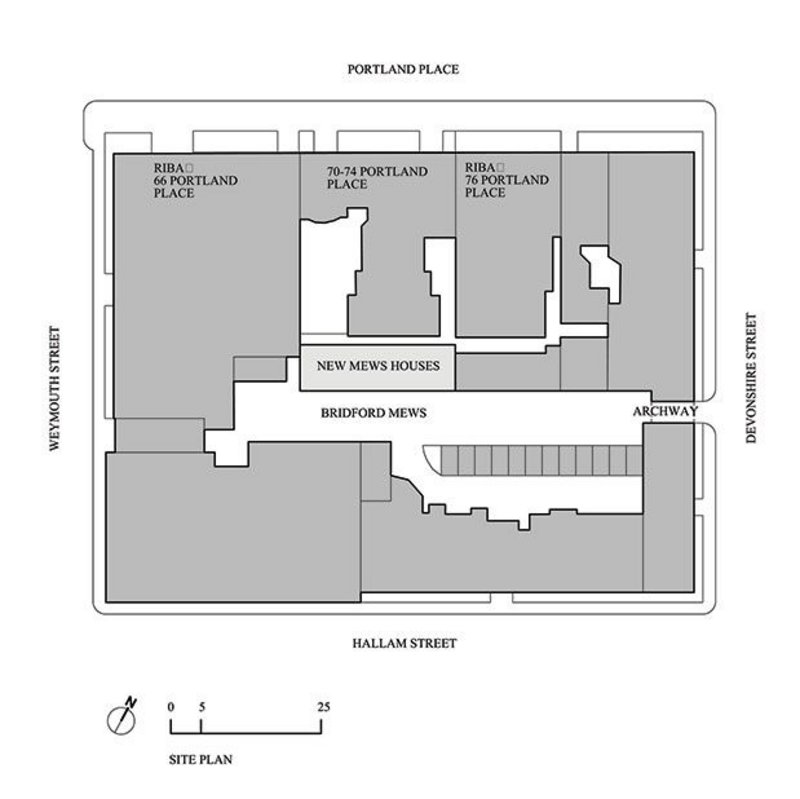 After a while we realised that we had seen something akin to this design before. In fact it is a near-direct copy of part of the rusticated ground and basement facade of 70-74 Portland Place, a 1908 building by Frank Verity in the ‘Champs-Élysées’ manner. This is our next-door neighbour, a very Parisian eruption into the street, an Edwardian built expression of the Entente Cordiale, beautifully made and preserved.  The new mews houses are right behind this. Their traditionalist facades are topped with a more modernist – but still in the spirit – raised-beam cornice.

You might wonder how there can possibly be room for a garage in each small house, but they are bigger than they seem because the site was excavated to make a basement – this is apparent at the back of the row, unseen by the public, where Edwardiana gives way to plain-and-simple detailing in the form of rearward-sloping monopitch zinc roofs (necessary to preserve rights of light to the lower rear of the Verity building), pale brick, alumininium-framed windows and shallow projecting bays.

So initial appearances are deceptive: these are three-storey, three-bedroom houses, and in lieu of conventional garage doors three glazed sections of the dark-stained timber mews-level facade fold open at ground level so you drive into the middle floor (electric car charging unit provided). The fourth section is the entrance door to the house. Cast-stone bollards protect the entrances.

Inside the houses – built for the Howard de Walden Estate on a traditional contract – are compact and well-planned, surprisingly well daylit considering that their main east-facing elevations face tall apartment blocks on the street beyond, they are even more hemmed in by the 10-storey Verity building close behind them, and there is only one short end elevation. 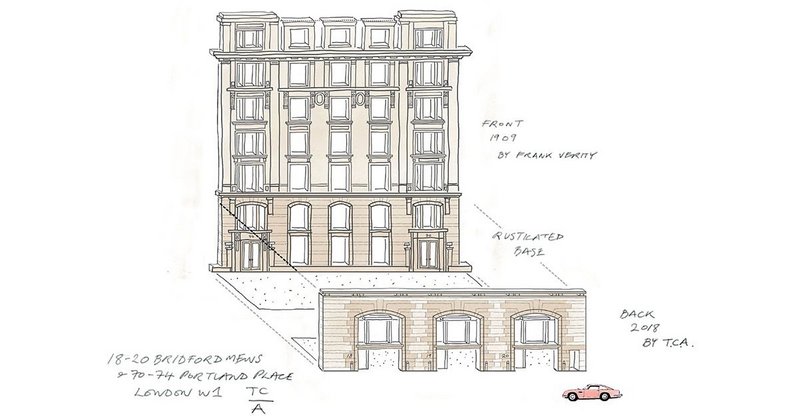 A final part of the design is about to be implemented: temporary glass balustrades at first floor level, necessary for safety when the large windows are opened, will be replaced by more decorative metal ones designed by Croft.

Two bedrooms and one or (in the wider northernmost house) two bathrooms are in each basement. The garage and third bedroom plus WC/shower room is on the ground floor, with full-width living/dining/kitchen on the first floor. Staircases are compact and placed in the southern front corner of each. A means of escape passageway from the Verity building into the mews runs through the end of the northernmost house at ground level – hence that house’s extra plan width at basement and first floor levels, below and above the passage.

It is all very tidily done. The main architectural debate to be had here is not about layout or even context but the matter of hierarchy: should a very subsidiary backstreet such as a mews – traditionally for coach-houses and servants’ quarters – assume something of the grandeur of the masters’ main facade?  In other words, isn’t the language deployed here confusing, not to mention the exaggerated scale? You could also argue, why waste valuable space on garaging in such a central location? But that’s part of the tradition of such places.

I do like architectural oddness, and I’m always pleased to see these houses as I cycle down the mews to the office in the mornings. For me, this is real ingenuity at work, satisfying not only for its ultra-tight planning but also for the way it appropriates a design trope of more than a century ago for today’s ends. Cut-and-paste at concept level perhaps, but done with a real sense of verve and wit.  What do YOU think?