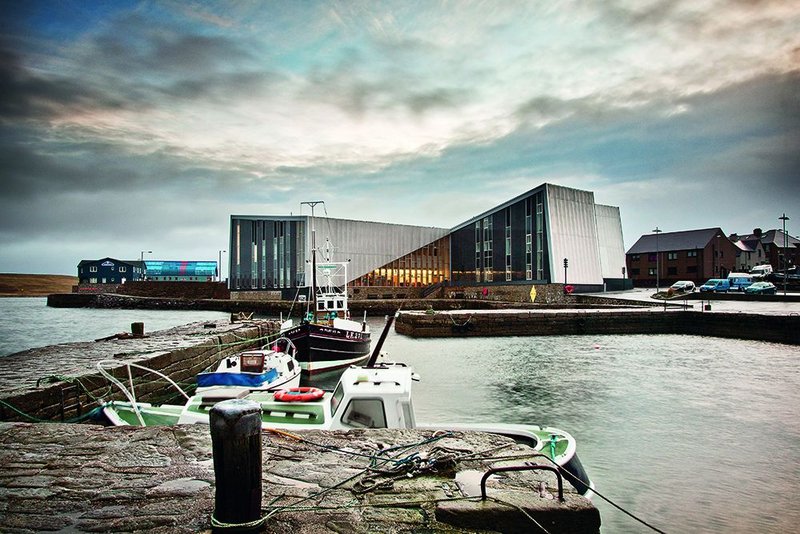 As a visitor to the Shetland Islands the realisation that you are on a frontier is immediately palpable. Situated roughly midway between Thurso and Bergen, the interchange between North British and Nordic culture is visibly present through the 1960s contrivance of the Shetland flag – where Scottish colours are applied to the familiar Scandinavian cross.  You can see it in the Stavanger-isation of the sort of unprepossessing bungalow that accumulates throughout Highland Scotland; drab pebble dash enlivened by brightly painted tin.

It is the rawest sense of frontier between civilisation and wilderness that most concretely and dramatically gives character to the islands. Sharing its latitude with Alaska, Shetland demonstrates the demands of modern society pitched in visible resistance to natural processes from Lerwick to Shetland’s largest industrial site, the oil and gas terminal at Sullom Voe.  This remote, vast place withstands the onslaught of North Atlantic weather as crude oil from more than two dozen major oilfields between Shetland and Norway passes through. Meanwhile, the relative shelter of the harbour at Lerwick is home to a flotilla of fisheries patrol, arctic survey and oil support vessels – ships that dwarf much of the town’s architecture and for whom Lerwick is the last port of call. 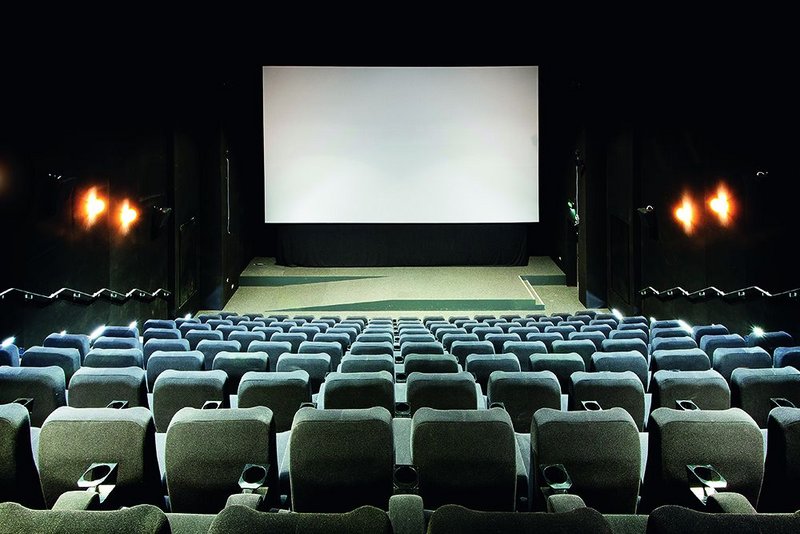 Mareel has two cinemas – the larger, shown here, has 161 seats and is 3D-enabled. The other is an intimate 37-seat studio. Credit: Mark Sinclair

So the muscular approach taken by Gareth Hoskins Architects to the design of the Mareel Arts Centre on Hay’s Dock in Lerwick seems absolutely fitting. It’s tough and the material quality of the exterior is especially successful.  Through what is generally a direct and straightforward constructional approach the building has the sort of durable and low maintenance envelope that seems functionally appropriate to the seafront, and makes particular sense when the tectonic context is extended to include the shipping activity in the harbour as much as the buildings around it.

Mareel is billed as ‘the UK’s most northerly music, cinema and creative industries centre’ and in terms of external detail it certainly looks the part of a building on the frontier, a counterpart to the no nonsense oil industry sheds at Gremista further up the Bressay Sound.  A levy on the transit of crude helps subsidise higher levels of public spending than in the rest of the UK – giving the public works here a corresponding higher quality. The arts centre has also benefitted from another great Scottish industry, whisky, from which the funds of the Gannochy Trust, set up by whisky maker AK Bell. 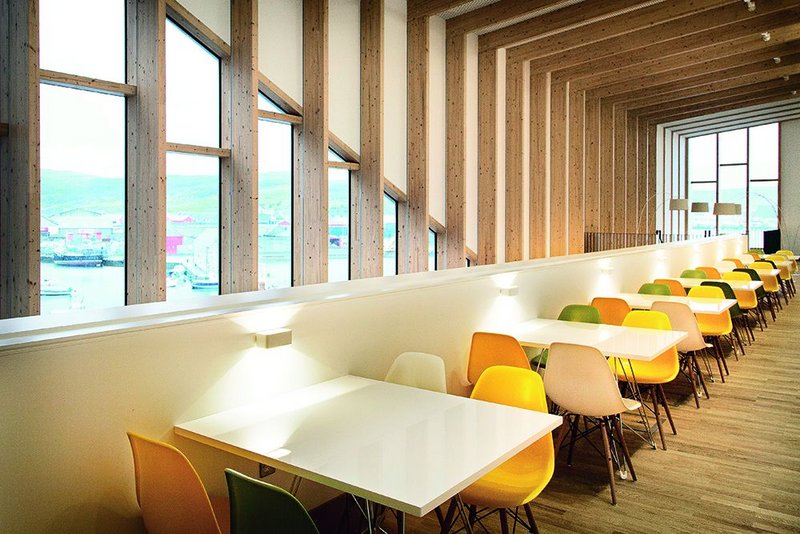 While the external cladding stands tough against the elements, the interior is softened by extensive use of wood. Double-height entrance foyer is framed in laminated timber. Credit: Mark Sinclair

It fulfils the intention by Gareth Hoskins Architects to follow ‘the materiality of the fishing industry buildings dotted along the waterfront’.  In this regard Mareel bears up well against its near neighbour across Hay’s Dock, the Shetland Museum and Archives by BDP.  The latter building, completed in 2007, draws directly from the traditional gable form of much of the architecture elsewhere in town centre, and while this is a serviceable language it is altogether a much less gutsy affair than Mareel, with the same palette of render and timber cladding well known to anyone who has visited a public building in Scotland in recent years.  GHA and its client, the Shetland Arts Development Agency, deserve praise for committing to a significantly less conservative approach to the design that nonetheless feels far more appropriate to the environment – both cultural and climactic – that it stands in.

This stark materiality also lends a gritty cachet to the activities that take place in the building – although unlike the sheds at Gremista the form of Mareel is architecturally contrived rather than pragmatically evolved (and more on this in a moment). The quasi-industrial attitude befits the fact that alongside cinemas and an auditorium it has an equally important productive function through its music recording and arts production facilities: this building means business and through the plan it very cleverly brings recreational, educational and administrative activity together in one place.  The aesthetic commonality established between it and other places of work along the harbour front in turn lends familiarity to the architecture, helping to make what is a thriving and well regarded addition to the town. 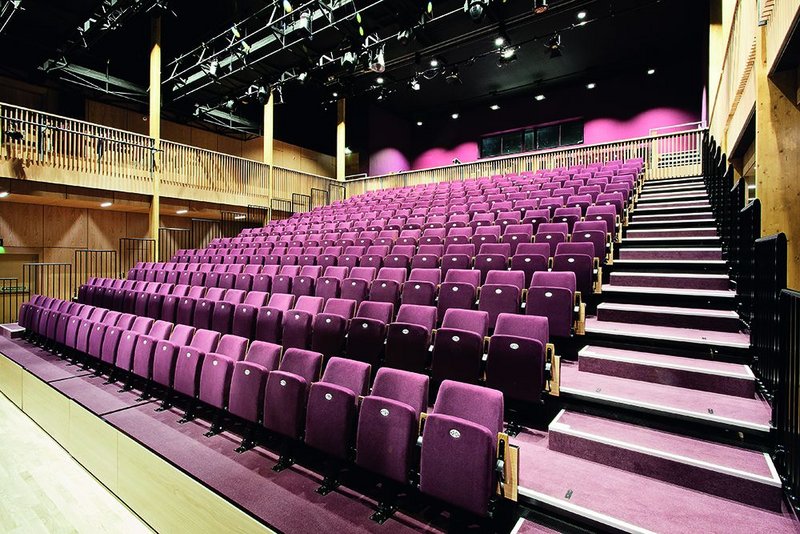 The main auditorium is a beautifully warm space lined with a gallery and panelling in oak. Credit: Mark Sinclair

‘This building means business and through the plan it very cleverly brings recreational, educational and administrative activity together in one place’

While the material aspects of the exterior have such resonance the massing and surface tailoring of the building achieve only mixed success.  Of course in this relatively compact building with a remarkably complex brief of cinemas, auditorium, recording studios, café, offices and teaching facilities the architecture could never adopt the same single-mindedness of the oil industry sheds, much less match the sheer exhilaration of dogmatic opposition against the elements one feels at Sullom Voe. But the Mareel scheme gives it an opportunity to do more than either by dovetailing some of the frontier sensibilities of these two types (as it does) with an approach to massing and form that exploits the programme’s potential but which is achieved only in part.

The east elevation has terrific relentlessness, bringing beautifully artless fixing details to a canted, well-composed array of punched openings; while the west elevation facing the museum and archives combines well-handled massing with a playful wedge of glazing where the profiled metal cladding is peeled up to reveal the popular café.  By contrast the barcodes of ribbon windows on the seaward side to the north introduce an incongruous verticality while the entrance elevation to the landward side is over-dominated by simplistically opposing roof geometries. In the round, as an object building visible from all sides, these disparate geometries and compositional treatments are not reconciled as well as they might be; the ultimate effect jars. 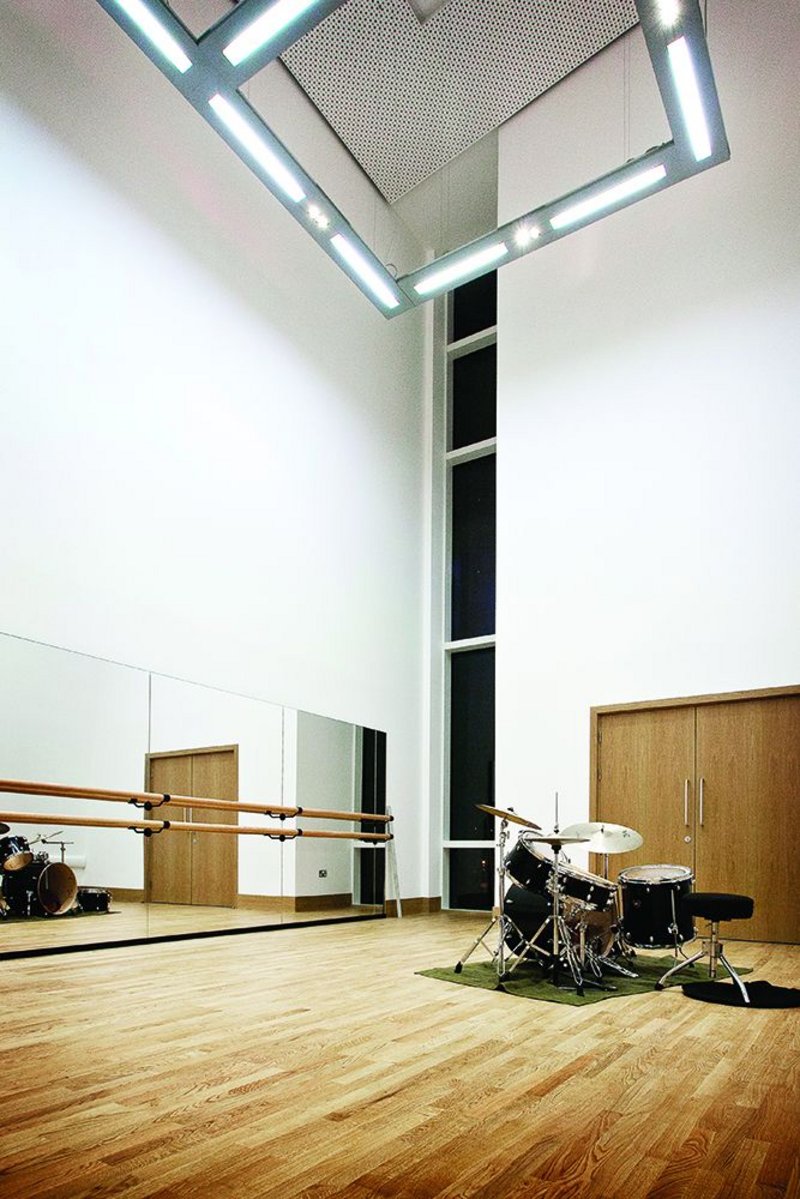 Although clumsier than it might have been, the exterior of the building does have an appropriately Nordic feel to it – perhaps because of the material simplicity or perhaps because of the boldness of the formal moves. There are similarities with the work of Norwegian contemporaries, particularly through the large scale diagonal and orthogonal geometries that are being explored.  But if the exterior hints at such an influence then the interior is more explicit.  The common parts are generous and well handled, the diagonal running through the plan enabling the entrance to be neatly tucked in and the hierarchy of public spaces, from reception through the café to more private spaces for studying or informal meetings, is the result of a satisfying sectional arrangement that makes these areas seem larger than they are while also maintaining separation –an effective and generous arrangement that can be seen to continue the cultural cross-referencing through a language of engineered timber, white walls and elegantly unfussy handrails and staircases.

The main auditorium, in the centre of the larger of the two wings, is a beautifully warm space, where the necessary technical apparatus of bleacher seating and gantries is neatly co-ordinated with European Oak balconies and wall panelling to provide a community theatre that is a cut above the norm for a regional centre, and, much like the rest of the building, already comfortably meeting its potential in terms of audience capacities.  The importance of musical tradition to Shetlanders is well known and this space consolidates its centrality to the life of the islanders by providing the first purpose build space with a capacity that can start to consistently attract a more diverse range of performance. 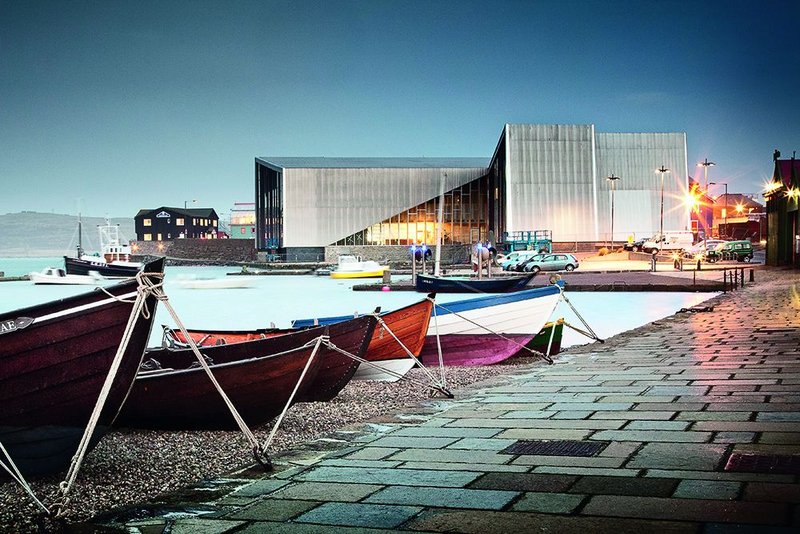 With the levy on crude to bolster public spending it is no surprise that Mareel’s other facilities, housed in dedicated studios around the main auditorium, are uniformly excellent. The arts centre boasts state of the art recording facilities that can be booked for a nominal fee by any member of the public, from which audio can be recorded from anywhere in the building and then mixed in the media suite. Impressively Shetland Arts also offers higher education programmes on site with degree level courses taking place in and among the public facilities. It is here that the Gannochy Trust wanted to make a difference to the people of Shetland. And inside, you do indeed forget the sea and the wind. This tough building provides a haven from the battles of the frontier.

Ben Addy is founding director of Moxon Architects based in London and Aberdeen.