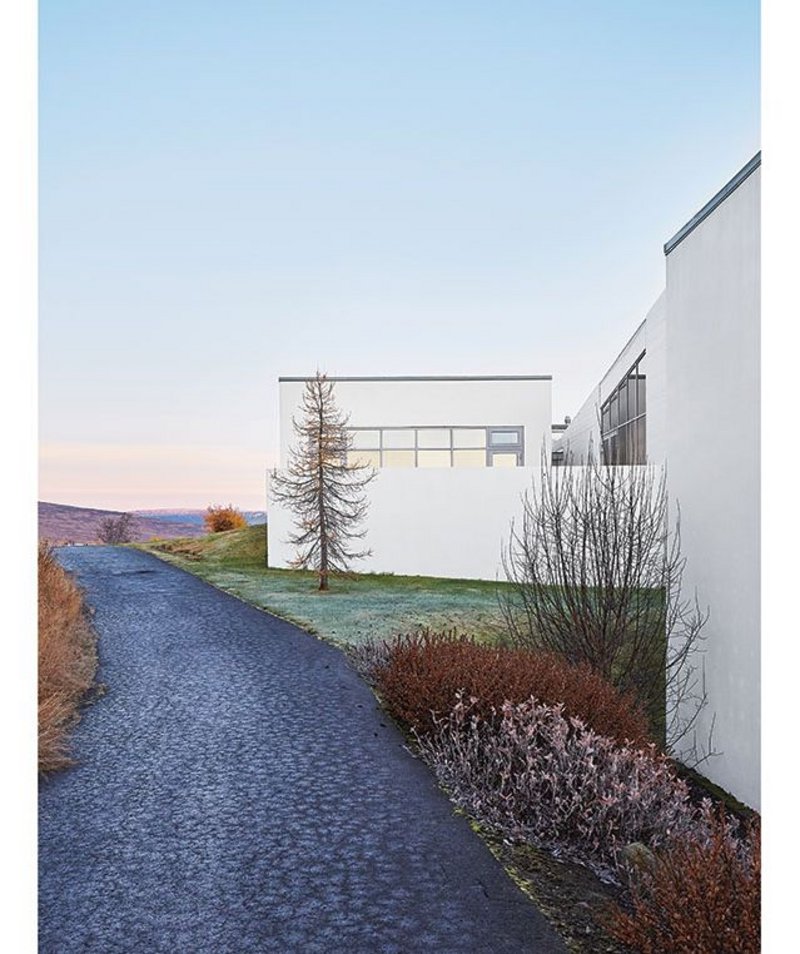 It’s only at the end of our conversation on her choice of photo that Nanne Springer speaks of the trauma that occurred on the day she shot it. How the initial clear blue clarity of that sub-zero dawn day in Iceland came to be supplanted with leaden clouds that came in fast off the sea, and the ensuing ­violent storm. ‘Flying back through it we were thrown all around the cabin,’ she recalls of the hair-raising prop-plane return to Reykjavík. ‘It was the worst flight of my life.’

Rewind to the freezing morning twilight and architect Gláma-Kím’s low-lying university building, set into the landscape so as not to disturb the view of the mountains beyond Möðruvellir. The photographer had set up quickly, but needn’t have done. Dawn happened in slow-motion, over hours not minutes, giving the hoar frost that coated both path and perennials its day in the sunshine. As Springer luxuriated in the time nature had afforded her, she observed the subtle pink glow of the northern hills and the ground frost’s nuanced chromatic register of the sky’s blue, before the dark clouds rolled in and her Atlantic drama began.