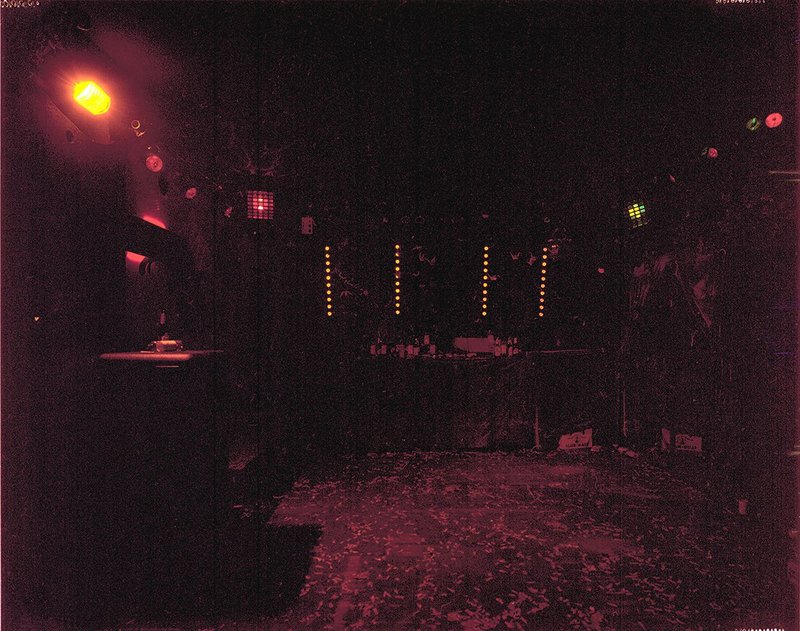 In the red and green light your neural synapses start to fire, telling you it’s Christmas – or an anony­mous nightclub in Berlin. Photographers André Giesemann and Daniel Schulz have been working on portraying nightclubs after the party is over and once the lights have been switched on, as a means of getting under the skin of the illusory spaces of the clubbing world. When asked to provide us with an image however, what they sent us was a ‘failed’ attempt at capturing the illusion itself. As Giesemann explains, it turns out that trying to freeze the spirit of these spaces is about as easy as photographing fairies. Perhaps its intangibility is due to the fact that the illusion is predicated on human occupation, rather than any intrinsic aspect of the place itself. Photographing them for the series was technically complex, involving long exposures for the large format images; so long in fact, that the two would go off for a drink elsewhere while they were waiting. But in discovering what failed and how far the envelope of underexposure could be pushed, they came to realise their ‘unheimlich’ images. A salutary lesson for us all; as the spectre of the playwright Samuel Beckett reminds us, ‘fail better’.