As different as could be from nearby Doncaster’s civic offices, York had a similar brief for accommodation and services – only here the site was York’s original railway station, grade II* listed. Nestling beneath the grassy bank of the city’s medieval walls, the building has been stripped of its insensitive additions and given a new large-floorplate insertion and circulation cores – in the large open space once occupied by the railway concourse. A remaining section of the original station canopy, slid outside the footprint to make this possible, becomes a grand bicycle park.

That released the original stone buildings with their cellular plan to be what they wanted to be – cellular. The new floor plates are connected to the existing building via ‘light touch’ bridge links. The result is ‘durable, efficient and delightful’ said the judges. Enlightened adaptation and re-use, we call it. 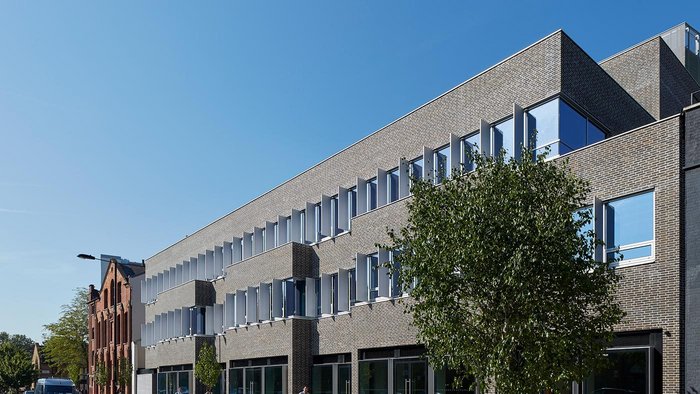 What shall we do with these buildings? Film explores Ukraine’s relationship with architecture