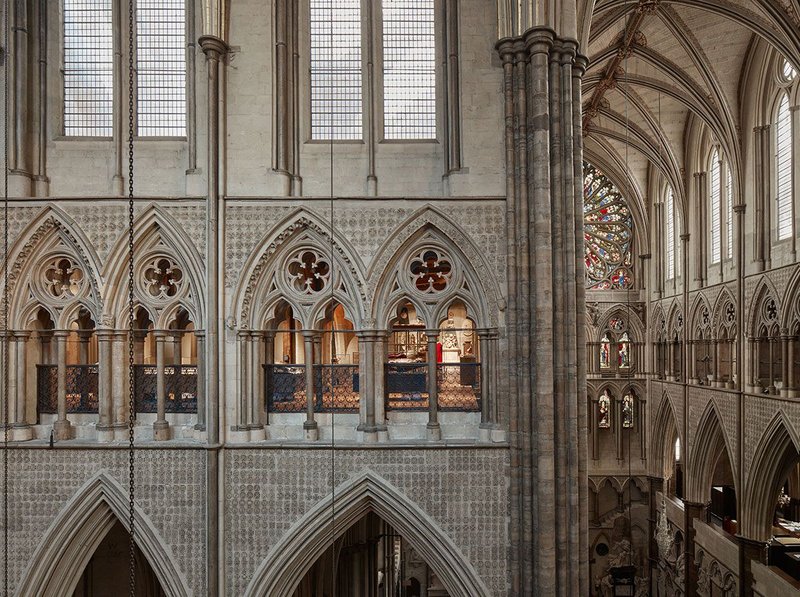 The new glass, metal and stone Weston Tower nestles between the 13th century Chapterhouse and 16th century Lady Chapel of Westminster Abbey, providing public access to the Eastern Triforium. The star-shaped tower’s plan, based on a repeating motif in the Henry VII Chapel, makes the most of the restricted space while reinforcing the sense of verticality on the facades. Spinning off the magnificence of the surroundings, ornament melds with utility. Leaded glazing patterns refer to Wren’s 17th century work while meeting strict bomb test criteria. Arrow detail of the leading and elaborate crown rooftop, inspired by Ely Cathedral, successfully echo the roofscape’s gothic artistry while masking the rather more rudimentary lift overrun. The lift shaft too, with its 16 different kinds of stone laid in alternating bands, references those used in the abbey itself. These interventions respond to the patchwork of extensions and remodelling that the abbey has undergone over years to create a positive addition, delivered with deft understanding.