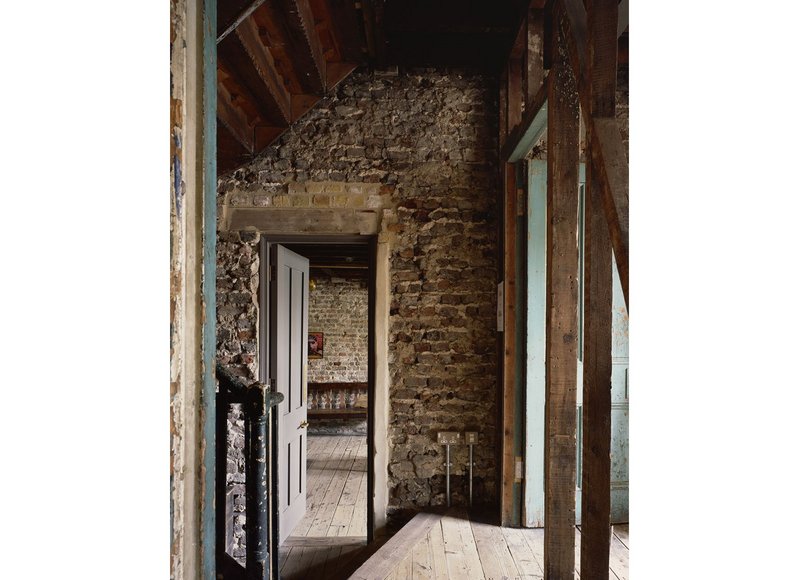 While the judges considered Wilton’s Music Hall unique, it challenged the breadth of the MacEwen Awards criteria. ‘It is one of the few mid-Victorian Music Hall that survive. But what makes it different from any other theatre or heritage project is that the city is pushing hard up against it and all around it. The value of real estate here is absolutely massive,’ said Hugh Pearman.

‘You wouldn’t easily know what’s been done in this conservation. It is this very British thing of arrested decay and Wilton’s has engaged with all kinds of people and organisations, from government to local schools, as the only way to make the project happen and keep the building alive,’ he added.

‘The interest here is in the lengths to which the client went to raise money from the different bodies,’ agreed judge Amanda Levete.

By 2006 the hall and row of terrace houses were extremely fragile and in a state of considerable disrepair. Tim Ronalds Architects was appointed to undertake a feasibility study and in September 2015, after a two-phase £3 million project, the building is safe, sound and usable.

As well as sourcing funding, Wilton’s supports activities from new work in the creative arts to school workshops and local family weekends. The project safeguards that by making the building safer and by bringing inaccessible areas into use.