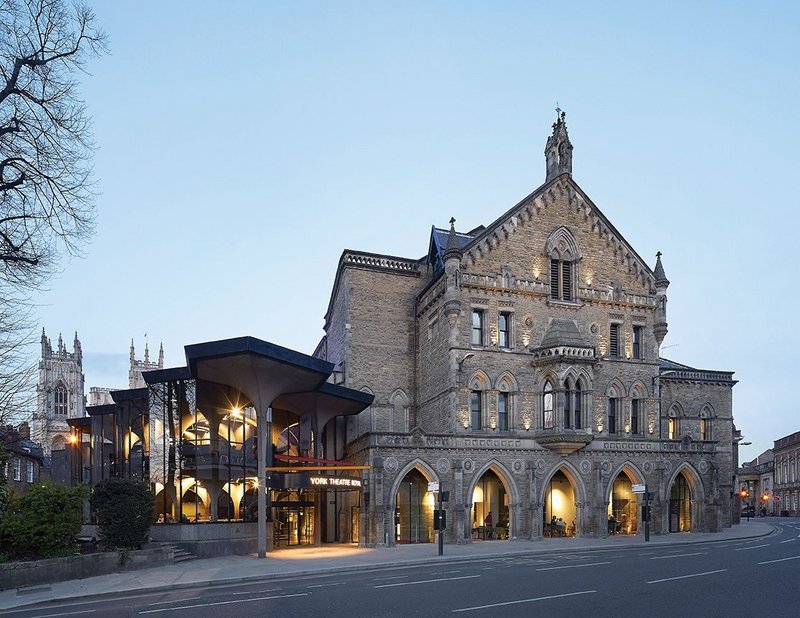 The newly refurbished York Theatre Royal. The main section of the wall replaced a Georgian brick building in the Victorian period, while the extension was added in 1967 and designed by Patrick Gwynne. Credit: Hufton & Crow

De Matos Ryan is not known for public building projects. Founded in 1999, the practice has built a name for itself through strings of highly polished private houses, hotels, spas and retail fit-outs. Yet three years ago, when the York Theatre refurbishment came up on an OJEU notice, the firm was at a kind of mid-life crisis, searching for a change in direction.

‘I was about to turn 40,’ explained director Angus Morrogh-Ryan. ‘I was no longer able to call myself a young architect, so I felt the practice couldn’t just carry on in the same vein. It needed to move to a different platform to mark the next phase in its work.’

A year earlier De Matos Ryan had won the £5 million refurbishment of Sadler’s Wells Theatre in London, but Morrogh-Ryan describes the refurbishment at York as his most significant project to date. Levitt Bernstein had already carried out a feasibility study, yet Morrogh-Ryan felt that there was enough scope in the client notice from York Citizens Theatre Trust to warrant a new exploration and other ideas, so he applied.

‘By the time we got on the scene, the theatre was asymmetrical and disorientating. It wasn’t a huge new building project, but about unlocking potential on a tight £2.85 million budget; making sense of what was there and getting it to work better to help create a more financially stable and resilient organisation.' 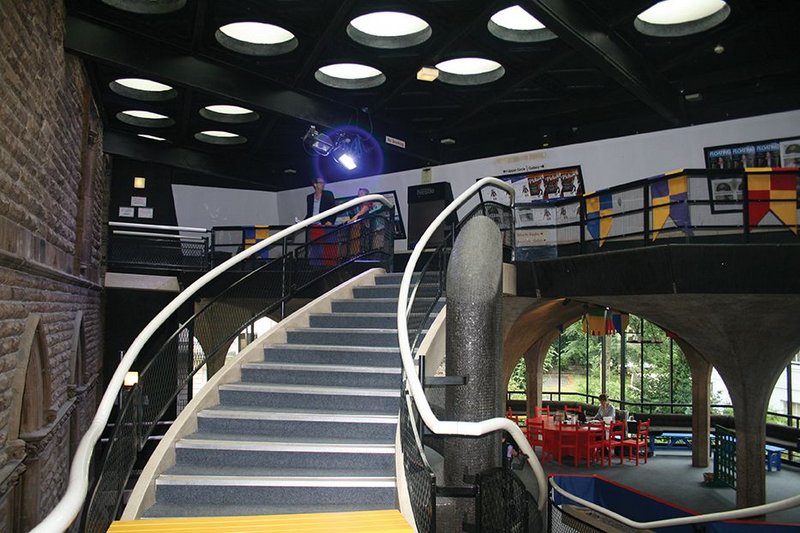 Before image showing the sweeping 1960s stair up to the second floor as well as how the theatre lost its original aesthetic intentions over time.

True to its aims, De Matos Ryan’s refurbishment has been transformative. And the job wasn’t won in spite of the practice’s previous portfolio; its commercial projects demonstrated an ability to design places that had a survival instinct. The scheme has brought new clients locally and further afield, including York’s Mansion House, Bradford’s St George’s Theatre, the British Library in London and a commission for a gallery extension in Carmarthenshire. It has also inspired new avenues of thought and methods of engaging with clients, concluding in an approach Morrogh-Ryan calls the ‘7 lenses’, which assesses and ranks priorities across a project.

For the theatre itself the project’s effect is similarly remarkable. It really does deserve  thorough before and after shots with detailed captions because the work is so subtle.

Built by the Georgians in 1744, York Theatre Royal has been significantly altered every 50/60 years. It was first built in brick over a medieval hospital complex, redesigned in stone, gothic style, by the Victorians, and had some Edwardian work before Patrick Gwynne extended it in 1967 to create a new entrance, foyer, restaurant and bar.

In recent years, however, the theatre had lost its way internally. It could not command higher ticket yields (which weren’t even at national average) without upgrading its facilities, and the building was mainly empty during the day. ‘Our mission was to increase dwell times and attract the audience before a show, and cling onto it for longer afterwards,’ explained Morrogh-Ryan. The practice made a number of key moves, starting at the entrance and extending to the space beneath the stage. At the centre of the refurbishment is the decision to reopen access into the auditorium from both sides, rather than solely from the 1960s extension.

Previously, the area between the stalls and the external Victorian colonnade was blocked to the public, serving only as a corridor, storage area and fire escape. Instead, to give the building more of a shopfront, De Matos Ryan has expanded this area by ramping and reducing the stalls. The additional space has become the main foyer with box office and café, internalising the front external colonnade into a seating area and creating two new entrances either side in the process. Nice details include the trace of a vaulted ceiling – found during the build – that has been mapped out in the new terrazzo floor, as well as the revealing of a former medieval gateway in the front wall complete with hinge hook.

While the main auditorium building has been treated as a redesign, Gwynne’s section is more of a restoration project. Historic England was most interested in preserving this part, with its mushroom colonnade, as it is one of the only significant post-war buildings in a city full of medieval, Georgian and Victorian remains. Nicotine stains remain on the slate walls, and yellow mosaic recovered behind the ground floor bar. At the front of house De Matos Ryan has focused on decluttering – inserting a cork floor downstairs and new carpet upstairs, and adding recessed programmable LED lighting, new furniture and a freestanding bar on the first floor to resonate with the period of the building. The most radical moves are mostly unseen; squeezing in additional WCs and shifting stairwell heights by a half level to find space for a lift, the building’s first.

The same kind of improvements have been made to the auditorium itself. Wheelchair users are better accommodated, while most of the seats have been re-upholstered or replaced and re-racked (losing 90 in the process). The atmosphere has also been toned down by repainting magnolia with subtle off-whites. And while many of De Matos Ryan’s changes have been to improve the customer experience, there was still room in the budget to add a motorised winch, flatten the stage and excavate two foot beneath the stage to allow full access and relink its previously disconnected sides. The only slight disappointment is that the new tiered stalls come up a bit too high, covering the ornate Victorian panelling of the dress circle balcony.

Nevertheless, the theatre’s chief executive Liz Wilson says the overall effect of this work has put the theatre in a sustainable financial position. Ticket yields have improved yet retained affordability and the theatre now regularly sells 40 to 50 covers of pre-theatre menus. It has invested in roles, including a head chef, and footfall throughout the day has gone up. It goes to show: two crises can make a right. 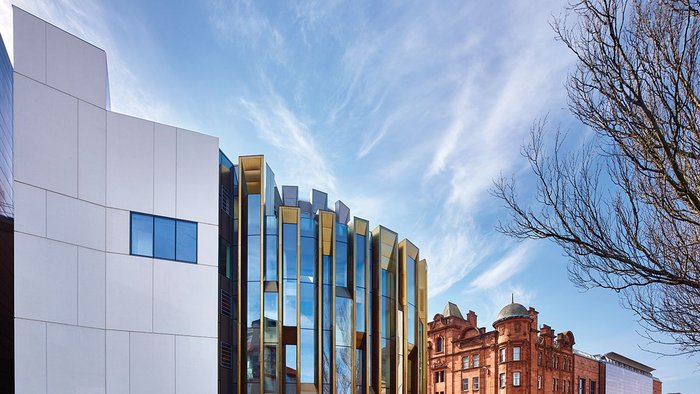 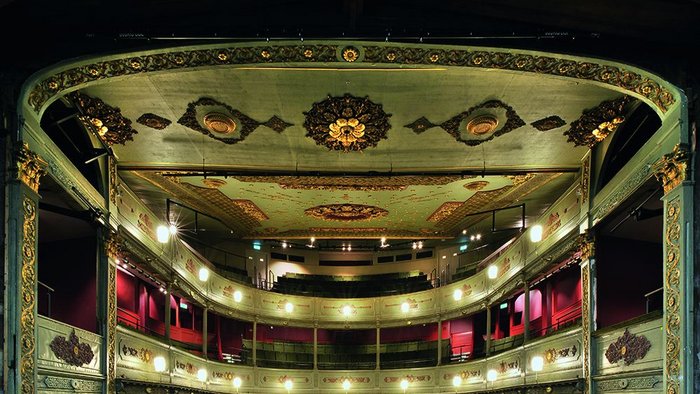