In April we unleashed our ‘Besties’ on an unsuspecting world. We gave a weighting to each of 20 award schemes, and to stages within multi-level awards, then did a lot of ferreting around to see who had won them, crunched the numbers and gave a ranking to nearly 100 practices according to their tal­ly over the past year. Overall winners were AHMM, with Reiach and Hall close behind.

Practices understandably trumpeted their appearance on the list. But we know that this is a scheme that can be expanded and refined, and we asked for comment and suggestions. In particular, I asked members of our readers’ ‘Litmus Group’ for their views.

A minority sees no particular value in awards at all – ‘It’s not very Tao, is it?’ spec­ulates Wayne Head of Curl la Tourelle Head, who adds: ‘How many awards are appor­tioned to private, commercial projects which have been well funded versus the total num­ber apportioned to publicly funded projects where typically the funding levels are much lower?’ Sumita Sinha of Ecologic Architects says: ‘I am not a fan of the architectural awards system – what about the architects who broke moulds, created legacies and inno­vated? Some of them have done fewer projects and might have won fewer awards but these enduring creations serve to inspire others.’

In contrast Neil MacWilliams of MICA says: ‘I really like the idea and think you are on to something here. It’s one of those exam­ples of an idea that you are surprised someone hasn’t already done.

‘The thinking behind the Besties came across as logical and fair, I’m sure there will some discussion on the weighting but I thought this was a great starting point.’

Most of our respondents mulled the idea of adjusting the results to remove the obvious big-practice advantage. For MacWilliams, ‘The one thing I’d have really liked to see is which practice was winning the most awards per staff member and/or per architect.’

Dhruv Sookhoo, housing expert at the University of Newcastle, proposes grouping the larger practices and giving their awards a value of one, say – then adding a multiplier for smaller and medium-sized firms as defined by the RIBA. ‘That would encourage recog­nition for younger practices and create real­istic expectations among clients about what an excellent but small practice can achieve.’

Sarah Castle of IF:DO ran some calcula­tions. Divide the scores of the practices by their headcount, and the rankings – includ­ing the winners – change radically, she says. ‘Or alternatively a “best of the small” list to really celebrate those smaller practices mak­ing a big difference.’

Several readers suggest other, more specialist awards. Sole practitioner Stuart Hatcher remarks: ‘I absolutely agree with your comments on the lack of recognition for heritage and “traditionalist” practitioners – no points for winners of awards by SPAB or The Georgian Group, for example.’

Reader Simon Carne queried the accu­mulated scores we let practices win for each stage of the RIBA system – ‘Scoring points for the same project across essentially the same award scheme seems perverse.’ So too does Richard Crowson of Watson Batty Ar­chitects: ‘Perhaps the highest credit for a sin­gle project only should be included and other lower ranking credits discounted.’

And finally – some awards are just cyn­ical. Several respondents raised the cost of entering certain less rigorous awards versus the benefit, if any, received from them.

‘I have to admire you for being brave enough to try something so subjective and throw it out there!’ says Hazel Rounding of ShedKM – noting that a medium-sized prac­tice such as hers which has won awards for every one of its projects to date can still have a drought year between completions. She too is on her guard against some of the iffier awards out there, wryly commenting: ‘I daily receive emails effectively telling me I can “buy” an award by accepting a nomination and then being hounded to sponsor an event.’

Thank you everyone. Informed by all this, we are already evolving a plan for next year's Besties. Dare we say, after only one year, that they’ll be bigger and better than ever? For sure. 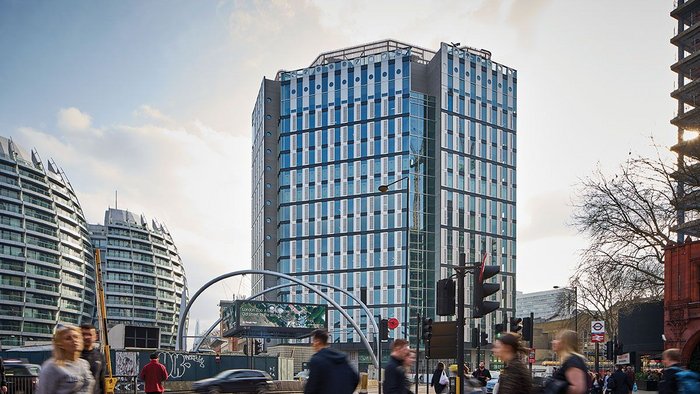