Too much information? Somerset House peers through the data fog with its Big Bang Data show 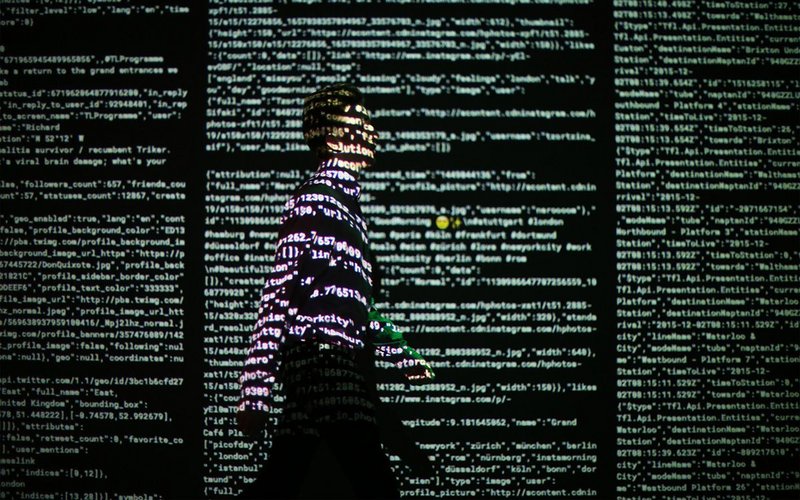 Walking through oceans of information in ‘Big Bang Data’.

Big Bang Data is just the exhibition for those who, like me, feel a bit off the digital pace and need to upgrade their knowledge.  Held at Somerset House, this stimulating show explores how our increasingly data-driven society is dealing with the data explosion of the last few decades, and in particular, the creative responses that this is sparking from artists and designers.

It starts well, with Timo Arnall’s film installation, Internet Machine, showing the considerable physical reality of the digital world – the clinical white spaces and noisily whirring equipment within the huge data centres that support the deceptively named data ‘clouds’.  After this grounding introduction we are hit with compelling statistics on the surge in data use. In the 1970s, a floppy disk could store 1.2MB, in 2000 a CD could store 700MB, and just 10 years later, a USB could handle 16GB. By 2002, more information was stored in digital than analogue format. By 2007 some 94% of global data was digitally coded; by 2015, 2.5 trillion bytes were created each day. 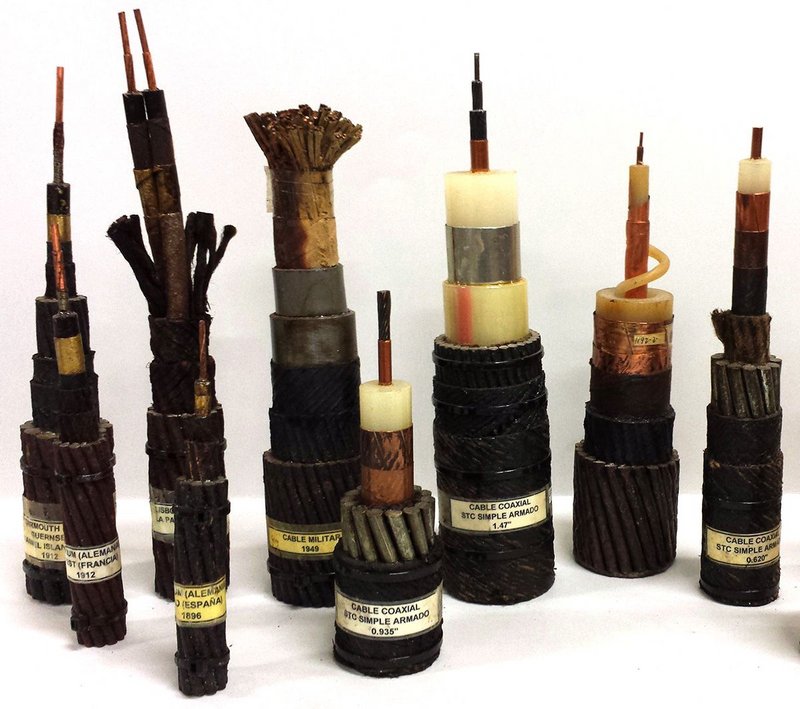 Submarine communications cables ready to carry all that data under the sea. Credit: © Telefónica

The show goes on to explore both positive and negative aspects of datafication, touching on mass surveillance, data as tools of commodification, and ‘stolen’ information. Its use as a tool for good is explored, with various data-driven tools that encourage direct democracy, open-source resources and the use of data modelling for urban planning.

Big Bang Data uses historical references to put contemporary data into context. The show includes, for example, Florence Nightingale’s innovative Rose Diagrams documenting the causes of deaths of soldiers in military hospitals and even earlier, the diagram produced in 1788 by William Elford showing the positioning of captives on the slave ship The Brooke. This shocking image, which the show suggests is one of the first data visualisations produced to effect cultural change, was mass-produced by anti-slavery campaigners at the time.

It’s clear that datafication presents rich source material for today’s artists and designers to work with.  I liked Nicholas Felton’s personal Annual Reports, produced each year from 2006 to 2013 as documentation of all aspects of his life, for example who he spent time with, what transport he took and what form of communication he used. All is presented in charts, graphs and statistics in the manner of a conventional company report, referencing the data age’s compulsion to document and share all aspects of contemporary life. Artist Jaime Serra goes further by documenting his and his wife’s sex life in data, going into more detail than those expecting a family show might have anticipated. The Selfiecity London project collates and analyses thousands of Instagram selfies as an insight into how people seek to represent themselves. 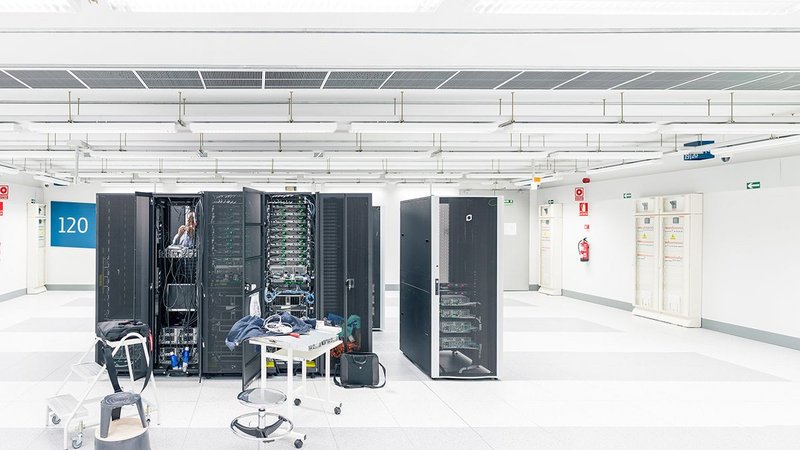 Visitors will certainly leave with a far greater awareness of data as a force for both good and bad. The exhibition raises far more questions than it answers, but that’s no bad thing. How concerned should we be about the potential misuse of our data for surveillance? Are personal data licenses, for example, the way forward as a method of exercising control over our data identities? And it ends by considering the limitations of data, such as the lack of room for subjectivity and ambiguity, and as American artist and computer scientist Jonathan Harris points out, whether data can ever let us forget.