As usual this Christmas we ask four architects to choose their favourite book. Naila Yousuf starts this year by explaining the appeal of Stealing from the Saracens by Diana Darke 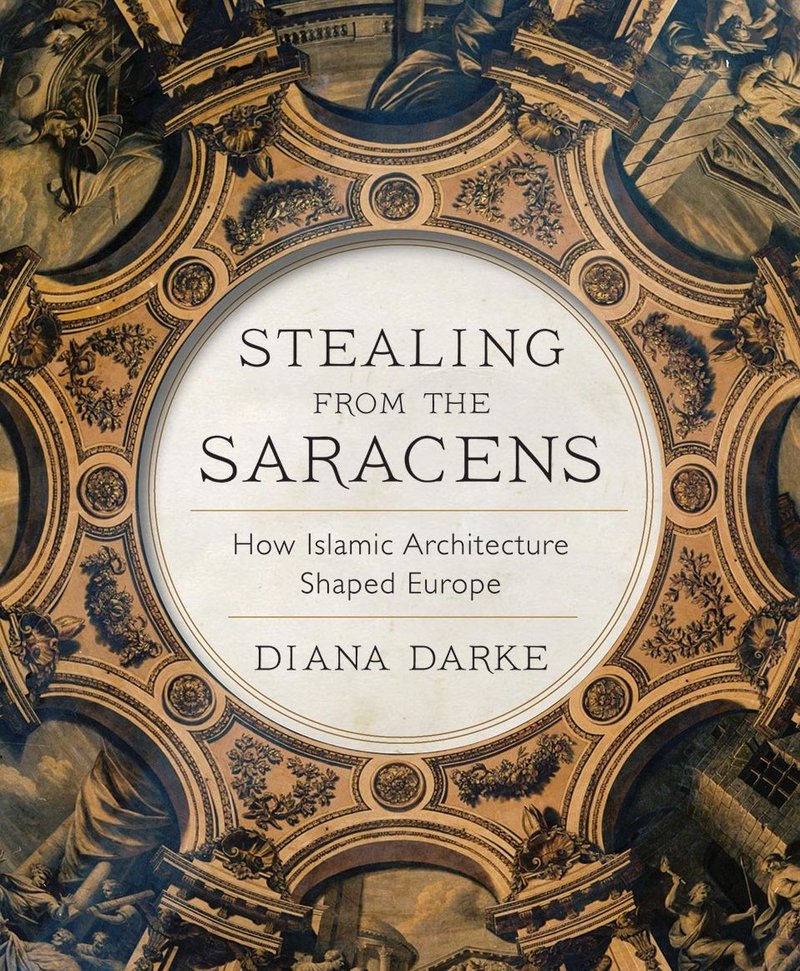 I got this book when we were doing a competition for a project in Oxford – it seemed relevant because Matthew Arnold’s ‘city of dreaming spires’ contains so many spectacular Gothic buildings. The book talks about how some of the classic features of Gothic architecture, such as the pointed arch, can be traced back to Islamic styles. This also appealed because I’m of Muslim heritage but grew up in Nantwich, which has a very special Gothic church that I spent a lot of time drawing when I was at school. So there were a few things that prompted my interest.

The title is quite leading. The author, Diana Darke, is an Arabist scholar and you definitely know what side of the fence she’s on. The book was written as a tribute to Notre-Dame after she tweeted about the Syrian origins of its design following the fire of 2019, and attracted a lot of trolling.

I was certainly surprised by a few of the things in the book and it helped crystallise some of my thoughts on Gothic architecture. I wasn’t previously aware of the Islamic origins of some Gothic elements – such as rib vaulting. The book starts with Christopher Wren, who identified that the style originated from Saracen architecture 300 years ago. He wasn't necessarily a fan of the Gothic, but definitely admired some of the techniques such as Saracen vaulting, which were used at St Paul’s Cathedral.

The author describes how the pointed arch was popularised in Europe by its use in the monastery of Cluny in France. She traces how the abbot there had been to see the Monte Cassino in Italy, whose abbot had been to the Amalfi Cathedral, whose abbot had in turn been to Cairo. These abbots went on pilgrimages through Europe and the Holy Land – it’s fascinating how much travel was taking place despite being such a difficult thing to do at that time, and how this played such an important role in spreading styles of architecture.

We also learn about how important the Syrian cities of Damascus and Aleppo were as trading partners to Venice, and how the city really embraced an Islamic style when it was rebuilt after the great fire of 1105. I’d always thought of stained glass as being a Christian tradition that you find in churches, but actually a lot of the glass in cathedrals like York Minster and Notre-Dame in Paris contained Syrian potash, which produces glass with an intensity of colour that was quite different to that in the West. The Syrians were leaders in glass making at the time, followed closely by the Venetians, and although Venetian glassmakers were at one point prohibited from trading with them, they did find ways to go there and collaborate.

Darke also talks about the fraternity of architecture. She notes that the fall of Roman empire marked the start of the Dark Ages in Europe, but the start of the Golden Age in the Islamic world, with its tradition of studying arts and sciences together. Although some architects such as Wren did study broadly, a lot of European craftsmen didn’t have the benefit of that wider scientific framework. But it’s interesting to learn that specialist craftsmen from all over the world were travelling and working in teams together on the great buildings of the day – quite a few Gothic cathedrals contain very small Arab inscriptions, and some European craftsmen did work on Islamic buildings.

She references John Donne’s words ‘no man is an island’, and how everything is interconnected and no society lives in isolation.  There are so many references and layers that have made spiritual buildings the places they are today. Darke talks about how the traditions of re-use – for example how the Cathedral at Córdoba in Spain originated on a pagan site and how the Mezquita Islamic mosque was built on its foundations and then turned into the present day Cathedral. A similar thing happened in Damascus, where the Umayyad Mosque was erected using the foundations of a former church that housed the tomb of John the Baptist (the tomb was retained throughout construction and Christians were able to visit once the mosque was complete).

Ultimately the book is about humanity. Despite the huge perceived differences between different peoples and irrespective of where we’re from, there’s still a commonality of shared values and of what we want from a spiritual space. There is so much that is shared in these buildings – such as the use of daylight and the connection to nature through decoration.

I don’t think you can look forward without knowing what’s gone before, and this book reframed for me how I think about some extremely special buildings.

I’d recommend Stealing from the Saracens, especially if you’re interested in history, culture and architecture. I’d imagine that there may be people who wouldn’t want to accept the central argument, and would prefer to associate the Gothic with having a Western origin. But it would nonetheless be a very interesting read for either of these two groups.

Naila Yousuf is a partner at Wright & Wright Architects

See more favourite books, how Who Owns England chimed with Sarah Featherstone’s VeloCity and why Murray Kerr is not convinced by Houses for Sale on home designs without clients. Or delve into the archive of favourite books with Peter Cook, Tszwai So, Owen Hopkins, Annalie Riches, Matthew Barnett Howland