It’s trying, and full of ideas, but with hardly any architecture the scattered Lisbon Triennale is too much like hard work

‘But is it architecture?’ asks chief curator ­Beatrice Galilee in one of the e-books planned in lieu of a conventional catalogue by her Lisbon Architecture Triennale. It’s not out as I write this, but the title suggests she is anticipating one of the main criticisms of this show – namely, that there is hardly any architecture in the conventional sense to be seen. That’s if you can find the venues where the Triennale is taking place, which is by no means easy as they are scattered all over this beautiful, fascinating but very dispersed and hilly city. Take good walking shoes, or keep a taxi on standby.

The reason is that this is a getting-back-to-the-roots show. ‘Starchitects’ (sorry) are thankfully conspicuous by their absence – apart from a good exhibition of Sou Fujimoto’s design thinking at the still-remarkable Belem Cultural Centre by Salgado and Gregotti, 20 years old and still pristine in its Italian Rationalist megalomaniac vastness. But that show was taking place anyway, with or without the Triennale. No, ‘Close, Closer’ as the Triennale is titled (something to do with getting closer to the real essence of architecture, with a nod to Corb’s ‘Vers Une Architecture’, says Galilee) represents the profession at a moment of self-reflection, even self-doubt. What are architects for? Do they even have to do buildings? Can’t they help society in other ways? 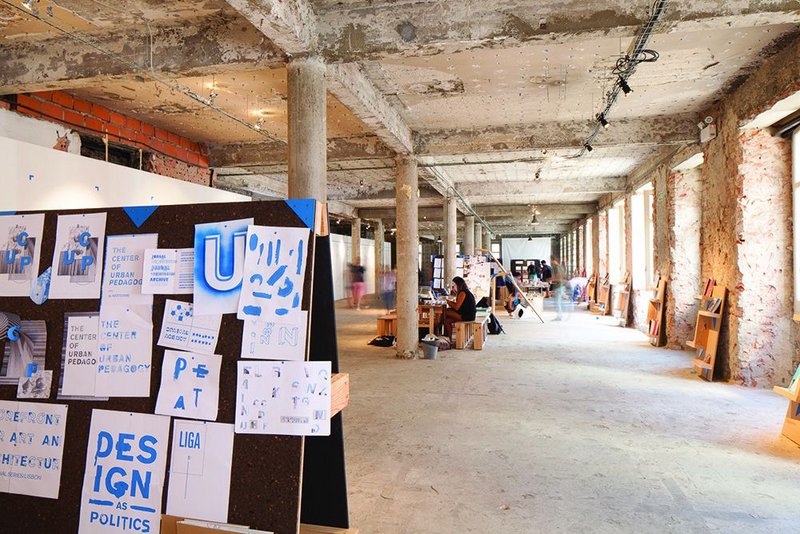 Well, yes they can – though I suggest that miming the playing of golf in a symbolic performance loosely based on the Eames’ ‘Powers of 10’, on an unshaded tilted oval stage in the searing midday heat, is not one of them. A cloud-shaped object emitting random noises doesn’t get us far, either. Yes, both happened. More to the point, perhaps, is the ‘Crisis Busters’ programme – Portugal’s economic and political disorganisation aptly represented by the stalled, never-finished building project of Paulo Mendes da Rocha’s National Coach ­Museum in the Belem district. That’s not exactly an advertisement for the power of architecture, which is another reason to understand why Close, Closer veers away from the built and designed, towards social engagement. At one point the Crisis Busters assembled – again, in the solar crucible of the city square – to describe their projects through loud-­hailers. This was often incomprehensible but one thing was notable: on a show of hands, only around half of those involved in the programme described themselves as architects. As one of the organisers put it, ‘Architects are becoming less and less architects.’ 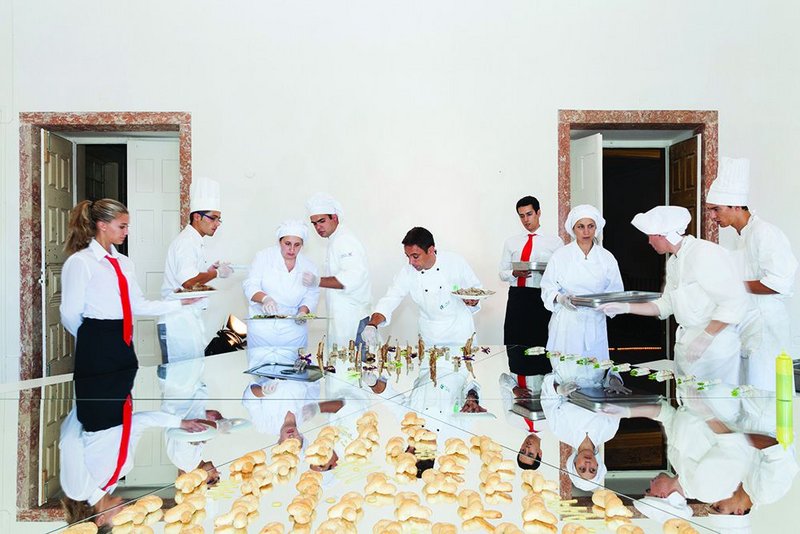 Depending on your point of view, this is either a good or a bad thing. One thing is for certain, however: the Triennale is largely invisible in the city, but for posters carrying slogans such as ‘Tactics not systems’. As a phrase that’s scarcely likely to engage the public and probably isn’t intended to. Unlike the Venice Biennale, there is no obvious focus for big displays. However, it has three main shows, and many associated events. The most crowd-friendly of these is ‘Future Perfect’ in a museum made out of an old power station. By architect-turned neo-Futurist Liam Young, it is a rather beautiful realisation, through giant model and immersive set design, of a city of tomorrow as made and remade by a new bio-technocracy served by robots. For Young, the role of the architect becomes that of a storyteller. He would be a good designer of sets for Ballardian sci-fi movies. And as we know, earth-based sci-fi tends to become, or at least influence, reality.

The second major show is ‘The Real and Other Fictions’ curated by Mariana Pestana in the gloriously crumbling Palacio Pombal. Pestana also tells stories, which appear to vaguely concern notions of democracy. You’re meant to participate, not just observe. Take part in dinners, debates, fall asleep in a black, soft, breathing room, imagine utopias. It ­reminds me very much of the sets of site-­specific theatre, and needs tight orchestration to work – which was not in evidence when I visited. Still, it makes some sense seen merely as a series of building-related installations.

Third up is ‘The Institute Effect’ in Lisbon’s design and fashion museum, itself in the shell of a marvellous former 1950s banking building. It’s more a series of workshops than an exhibition, though objects will accumulate. When I dropped by, the first ‘Institution’, Fabrica, was building furniture, especially library and meeting furniture, to kit out an ­empty floor. It was a kind of interior design, you could see something taking shape. Successive groups will bring ideas and rules. In a way, it is architecture by occupation.

Elsewhere you’ll find someone making tiles from photos that people send in which are then assembled into panels to clad a derelict building. As if the Portuguese need any lessons in tilework. There’s an empty shop turned into an exhibition about the politics of protest and public space – probably the most immediately relevant thing I encountered. That sort of thing.

It’s hard work, basically. And it all feels very like a student show. Politically engaged, done on a shoestring, full of ideas, not quite sure how best to pull them together, putting it out there anyway, over-inclined towards the reality-avoidance tactic of the art installation. The odd community-designed shack aside, it almost perversely avoids anything that might possibly be mistaken for a thought towards the design of an actual building. But in tracking down its various manifestations, you will properly encounter decaying, glorious Lisbon. You know that something will emerge from all this, because something always does emerge from such periods of architectural introspection. That something, in tough places in tough times, ought to come from the streets, not official masterplanners. If it can be constructive rather than destructive, building rather than rioting, that will be a start.