As a foil to last year’s riot of colour, it seems Eye Line’s judges were this time more intent on honouring the craft of drawing; a craft which might ultimately be digitally enhanced but is ignited by the stroke of graphite or brush against paper. From nearly 300 entries, including mainland Europe and east coast America, whittled down to a longlist of 50 by RIBAJ editor Hugh Pearman, the distillation seemed to reveal his subjective desire to perhaps move away from chromatic delirium and abstraction to a more measured and calm means of representing space.

It was a notion that the judges proved receptive to, despite two of them, Sandra Youkhana and Luke Caspar Pearson, having been responsible for the heady colour excesses of the 2016 winning entry. Knowing colour as they do, maybe they were aware of its ability to distract or confound, to remove clarity rather than add to it. Neil Spiller, chair of architecture at Greenwich University and a respected artist in his own right, was also not in a conciliatory mood; for him, colour seemed to presage the Trojan Horse of post-modernism, a threat to be checked at the gate. Studio Weave’s Amelia Hunter and Eye Line sponsor Joseph Robson of AVR London by comparison seemed to bring a non-partisan balance to proceedings, keen to acknowledge how much ‘lovely stuff’ was in the selection with its sheer variety of styles and greater emphasis on digital manipulation of hand-drawn techniques.

Despite an initial sense of polarities in viewpoints, the submissions drew out how aligned the judges’ thinking actually was. From the shortlist of 12 entries, the winner simply fell into place: simple, quiet, artful images that challenged the viewer’s interrogation, but which, according to Pearman, ‘talked of the ordinary nature of place’. Crucially, they embodied a temporal component: the fourth dimension so necessary to the communication of architecture.

Hunter was satisfied with the winning selection, sensing a ‘return to reality after the madness of last year’s winners’. Spiller saw it as a point lesson, sending out  a ‘message that the additive process of layering for no reason needs to be undone’. Pearson saw it as an antidote to the sophistry of digital techniques that can make things appear as they are not: ‘The strongest entries have been painterly in the best sense of the word, without ever pretending they are paintings.’ It’s true, in the end there was no blindingly original work that pushed the envelope, but Youkhana was happy with that: ‘The winners’ styles have been obsessive, enjoying their medium and never anything other than fully in control of it.’ 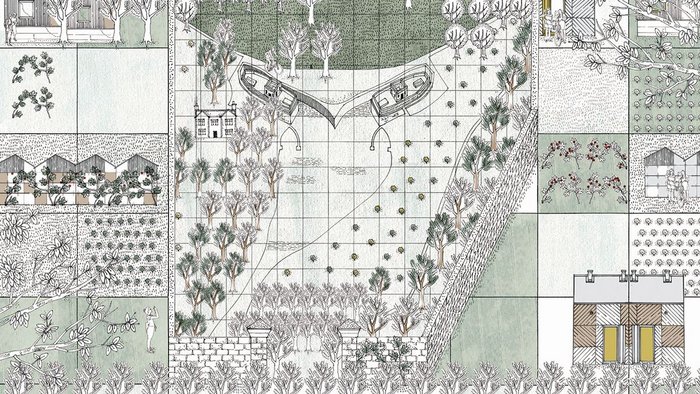