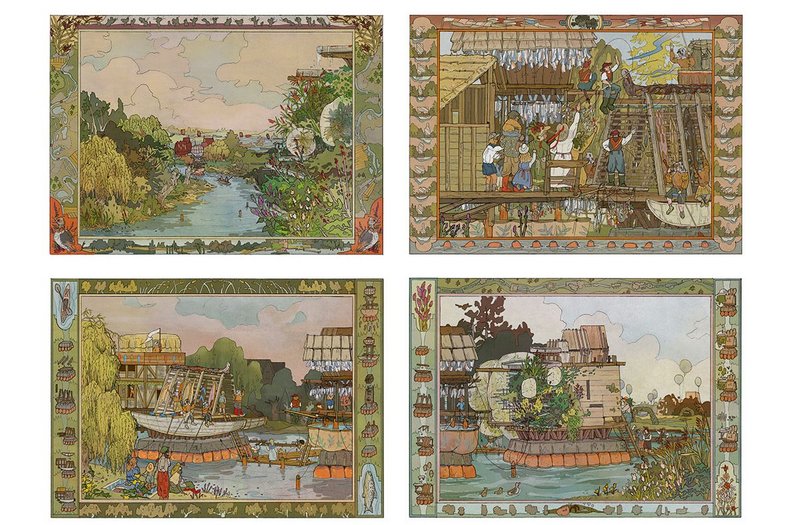 Rural Futures along the River. Mixed media (pencil drawing and digital colouring), 400mm × 300mm.
Our Eye Line 2021 student winner’s reputation precedes her. Annabelle Tan was winner of the RIBA Bronze Medal in 2019; and as she enters her fifth year at the Bartlett, judging by what she presented to here, her output is going from strength to strength. Tan’s investigation of Norfolk riverscapes leads to a speculation that seeks to empower and employ local communities along its banks through the recreation of folklore as well as the generation of new rituals in a way that is both holistic and sustainable. Her proposal is not a single building but a paraphernalia of structures, objects and materials that revolve around the ecosystem of the River Wensum.
The aim is to create healing craft industries that contribute to the existing culture while cleansing the landscape and regenerating local communities. ‘River Rover’ moves downstream, settling, assembling and disassembling when ‘restoration’ has been completed and the landscape augmented; its arrival and departure marked by ceremonies.
All the judges – the Bartlett’s Laura Allen and Arinjoy Sen sat out due to conflict of interest – were nonetheless unanimous that Tan’s proposal should clinch first prize, staggered by the depth and rigour of her approach. Eva Jiřičná was deeply struck ‘by the visual power of her constructed narrative’. Nikki Bell, despite reservations over the ‘rose-tinted concept’, agreed they were ‘beautifully made images; well-observed, consistent and extremely skilled.’ Neal Shasore meanwhile, praised Tan’s work as ‘one of the few entrants aspiring to the clear sense of spatial narrative that most others fail to reach.’

Adding to the fascinating mix was Tan’s own Singaporean roots, layering traditional forms of Asian drawn representation onto the Romantic English landscape, resulting in a compelling mash-up of Song dynasty landscape traditions with Gainsborough and Sydney Lee; a multivalent complexity that made it this year’s stand-out winner. 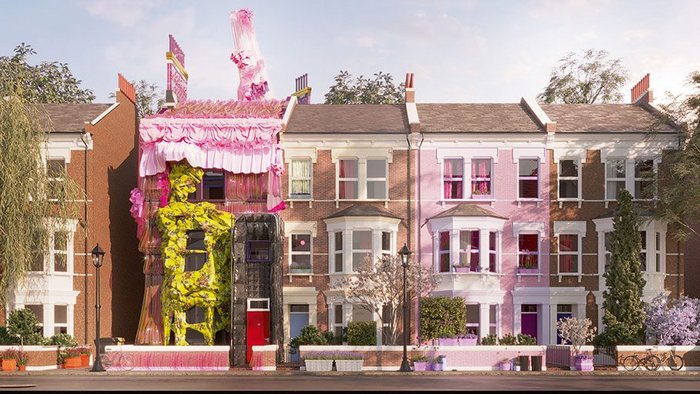