From dyslexia at school to becoming a member of Team 4: Lord Rogers of Riverside, architect of the Pompidou and Lloyds of London, whose career in architecture spanned almost seven decades, died at home in London on Saturday 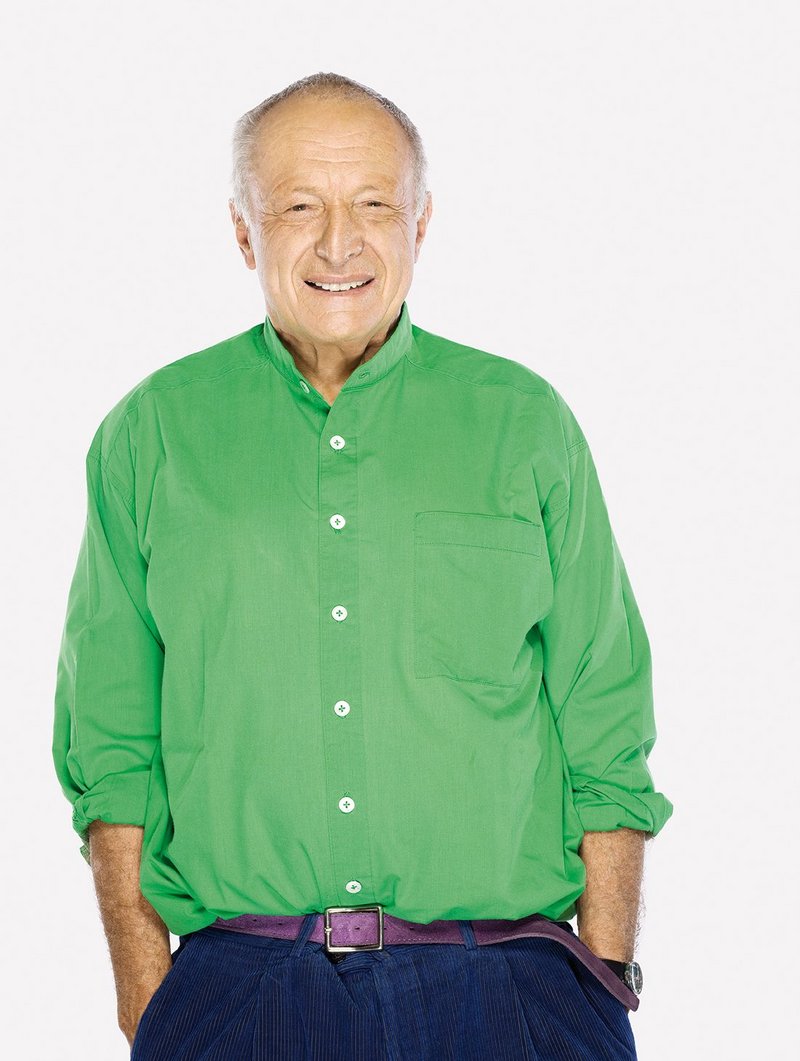 ‘How can we be expected to make an architect out of a man who cannot make two lines meet?’ demanded one of Richard Rogers’ tutors at the AA in an awkward meeting with his parents, Nino and Dada. Rogers was indeed very bad at drawing, and it was another tutor, James Gowan, who spotted that he got his girlfriend Georgie Cheeseman to help. They soon split up but Georgie was briefly to be the only fully qualified architect on the letterhead of Team Four (making it five people at first) when that practice set up in 1963 – the other four being Rogers’ first wife Su Brumwell, his friend Norman Foster whom he had met post-AA at Yale, and Georgie’s younger sister Wendy, later to become Foster’s wife. Emotionally and professionally, Rogers always needed a supportive gang around him, always found one, and always stayed friends with everyone.

He was born in Florence in 1933 to a long-established Anglo-Italian family forced to flee to England as war approached. In Epsom the young Rogers suffered the brutal regime of a minor English boarding school which led to great mental distress and thoughts of suicide. He could scarcely read or write until he was 11 and always struggled with dyslexia. His experiences of school, and later the army during National Service, left him with an abiding loathing of bullies and small-mindedness.  But it was helping out in the Milan atelier of his older Italian architect cousin Ernesto Rogers of BBPR fame (who duly noted that he could not draw), that first made him want to be an architect, in 1953.

The career that eventually followed was extraordinary by any standards, including the Pompidou Centre in Paris with Renzo Piano, the Lloyd’s of London HQ, Channel 4 HQ, the Millennium Dome, the European Court of Human Rights building in Strasbourg, the Welsh Parliament Building (Senedd), Bordeaux Law Courts, Terminal Five at Heathrow, the Leadenhall Building (‘Cheesegrater’) in the City, the International Towers in Sydney, British Museum Conservation Centre and two Stirling Prize winners, Madrid Barajas airport’s terminal 4, and the Maggie’s Centre in London Hammersmith. Housing projects ranged from the apartments for the mega-rich at One Hyde Park in London to the ‘Y-Cube’ modular hostel for the homeless. Theoretical and unbuilt projects include his ‘London As It Could Be’ plan shown at the ‘Foster Rogers Stirling’ exhibition at the Royal Academy in 1986, and his entries for the Paternoster Square, Royal Opera House, and National Gallery extension competitions.

Rogers was known for his left-leaning politics and publications, including ‘A New London’ in 1992 with Mark Fisher for the Labour Party, ‘Cities for a Small Planet’ in 1997 and ‘Towards an Urban Renaissance’ in 1999, the report of the Urban Task Force which he chaired. He was knighted in 1991, made a life peer – Lord Rogers of Riverside – in 1996, and a Companion of Honour in 2008. Architectural honours include the RIBA Royal Gold Medal (1985), Praemium Imperiale (2000) Golden Lion for lifetime achievement from the Venice Biennale (2006) and Pritzker Prize (2007).

Not bad for a kid who couldn’t draw at architecture school. But some resisted him. He never won over Prince Charles, whom Rogers accused of getting him turfed off the large Chelsea Barracks regeneration project. And Private Eye’s ‘Piloti’ (the late Gavin Stamp) mercilessly pilloried him as a permanently ‘suntanned and relaxed’ knighted architect.

Back at the start, Team Four had quickly become a darling of the new colour supplements but work was patchy at first. Among some more mainstream residential work they achieved two singular buildings: the 1964-7 house at Creek Vean in Cornwall for the Brumwell family, and – following some bruising experiences on other houses with the traditional brick-and-mortar building industry – the proto-High Tech building in Swindon, Reliance Controls. Then, following the split of Team Four in 1967, came two more houses by Rogers and Brumwell, now joined by John Young and Laurie Abbott: a 1968-9 house and studio for Humphrey Spender in Hertfordshire and the 1969 house in Wimbledon for his own parents – now refurbished as a study base for Harvard architecture students. With that he experimented with off-the-peg materials such as the insulated panels as used on refrigerated trucks. It led to his more radical ‘Zip-Up House’ study, highly prefabricated and insulated, intended for mass production.

Then Renzo Piano, an Anglophile Genoese architect working on similar dreams of an architectural future, asked to join in. Everyone knows the story from that point on because of their win in the 1971 competition to build the multi-arts complex in Paris that became the Pompidou Centre. Piano, the first to receive official confirmation, broke the news on the phone: ‘Hello old man (‘Ciao, vecchio’). Are you sitting down?’ Rogers was nearly 38, Piano 33.

After all the design, constructional and political complexities of building the Pompidou Centre (the moving floors concept had to go), it opened in 1977 and was immediately a huge popular success, though less so critically at first. There were the inevitable ‘oil refinery’ jibes because of all its brightly-coloured exposed external pipework. Although Rogers admired the American architects whose work he had got to know doing his Masters at Yale – Wright, Kahn, Rudolph, Schindler – and the influence of Cedric Price and Archigram was clear, the Pompidou took architecture in a totally new direction, marking a clean break with the heavyweight mainstream architecture of the time.

A slump in work followed, and Rogers and Piano parted professional company.   Luckily, another competition, for a new Lloyd’s of London building, came along. The extraordinary building that resulted from Rogers’ win is Gothic in its complexity, Piranesian in scale and drama, designed to erupt from the medieval City Streets in glimpsed fragments rather than in the round. It is now grade 1 listed. This – achieved without Piano and with a team of young architects including Eva Jiricna, Chris Wilkinson and Ian Davidson – was the Rogers practice’s breakout building.

1986 was not only the year Lloyd’s completed and of the RA show, but also of a notable biography of the architect in mid-career by Bryan Appleyard. The biography homed in on the fact that Rogers was, as much as a revolutionary architect, a fascinating and magnetic personality. His huge house in Chelsea, venue for endless networking parties directed by his second wife Ruth, of River Café fame, became an artistic and political salon, as did the restaurant itself, converted from a former industrial building in Hammersmith and opened in 1987. In June 2020 he finally officially retired from the practice of Rogers Stirk Harbour & Partners – by now based in the Leadenhall Building or ‘Cheesegrater’ which they had designed with Graham Stirk as lead partner.

He is survived by his wife Ruthie, first wife Su Rogers née Brumwell, their sons Ben, Zad and Ab, his son Roo with Ruthie (their other son Bo died in 2011), his younger brother Peter, and 13 grandchildren.