When Italy colonised Somalia it transformed the old city of Mogadishu into a seat of government, inserting fashionable buildings in the traditional conurbation.

Later, modernism was used to symbolise independence, making it an architectural expression of the emergent nation. To the popular imagination, the Somali capital Mogadishu has in recent years come to be characterised by death, destruction and displacement caused by infighting among groups who have sought to impose their control over what remains of its population and built environment. However, only two decades or so ago Mogadishu was physically, politically, socially and culturally a very different place.

It is a city whose architecture tells the story of Somalia’s journey from traditional African nation, via colonisation and post colonialism to emergent independent state. The tale may be common on this continent but this urban manifestation of it is not:  the rolling reinvention of Mogadishu created a modern African capital.

As the largest urban centre in Somalia, Mogadishu had been a major trading port since the 13th century and played a significant role in both the movement of goods to and from the Arabian Peninsula and India, and in the spread of Islamic cultural influences along the East African coast. Crossed by Arab, Persian and Indian merchants, and, later, by European settlers, the city – as an urban enclave with diverse inhabitants – has historically remained outside the nomadic traditional clan structure of the interior, to which most Somalis belong.

From the 14th to 17th century Mogadishu was ruled by the Muzaffaridi dynasty before coming under the control of Zanzibar, which ruled well into the second half of the 19th century. Over the subsequent course of its history it has been influenced by the various cultures of its diverse inhabitants, merchants and rulers, all of which strongly informed its pre-civil war social, cultural and physical characteristics.

Mogadishu’s pre-civil war architecture and urban environment owe their morphology and characteristics to its former colonial power, Italy, the last of the European powers to join the ‘scramble for Africa’. The city’s modern history began when the Italians arrived in 1889, taking control of the city and other coastal urban settlements after purchasing the port of Benadir (Mogadishu region) and signing treaties with local sultanates. It was then entrusted to royal commissioners of Italian trading companies, who set up residence and ran the new colony on behalf of Rome, but were in fact more interested in agricultural experiments on the fertile lands along the country’s two major rivers than in developing the city as a viable urban centre that could become a seat of government. After Rome took direct control of the administration of the country in 1908, Mogadishu was officially made the capital of the new colony of Southern Somalia. The built form predating this period is of a compact walled city with two separate neighbourhoods. Behind the heavy walls, through which caravans brought goods from the country, was an Arab-style old centre generally made up of terraced one-storey houses with battlemented cornices in the most noble examples, and thatched adobe homes.

‘In Mogadishu the buildings of the occupying power were inserted in its centre, surrounded by Arab neighbourhoods inhabited by Indians and Eritreans, outside which a modest native city gradually grew'

The transformation of the old city began under its first governor Giovanni De Martino, who immediately started to undertake projects that radically altered the character of the old city and were to form an enduring and somewhat radical influence on its future development. De Martino and his small group of military and civil officials were entrusted with the task of giving the city administrative organisation, and the construction of infrastructure and the first public buildings under colonial rule. The 1912 1:500 plan of  Mogadishu can be considered the first town plan of the city (and one of the earliest in the continent) in terms of the projected developments that accompanied it. Under the plan, the walls of the old city were knocked down and two new native suburbs constructed to the east and to the west, together with the barracks of the Eritrean Askari and the radio and telegraph station. In contrast to other colonial planning models, for instance in Asmara and the Libyan medinas, where the colonial city developed next to the existing native city, in Mogadishu the buildings of the occupying power were inserted in its centre, surrounded by Arab neighbourhoods inhabited by Indians and Eritreans, outside which a modest native city gradually grew. In the centre a new administrative area, connecting the two old neighbourhoods and defined by a wide north-south avenue, was created. Government buildings, a distiller and houses for civil servants began to be installed closer to the sea, on either side of the avenue, while the rest of the area further north was designated as a native market. Further investment allowed additional public works programmes to be implemented, including the construction of the railway, reorganisation of the road network and the creation of the port.

Although the 1910 plan radically altered the morphology of the old city by breaking it up and carving out more open, European type city spaces, it was only after 1928 that Mogadishu could begin to be compared with the town planning conventions of its better known colony, Eritrea. Within a short space of a time there were 50, 000 inhabitants, 20,000 of whom were Italian, and the city became the subject of a new town plan. Its footprint was based on the coastal outline connected by a series of roads, often adapted caravan routes heading towards further inland and nearby regions. Starting with modifications, which followed the 1912 plan, it envisaged the creation of a new European quarter in the appropriated Shingani district (one of the two neighbourhoods in the old city). A new major thoroughfare, the Regina Elena Avenue, heads east and divides the Shingani district in two, and on either side of a major new axis it forms with Corso Vittorio Emanuele are five parallel roads that divide the area into 60 equal rectangular lots. These new thoroughfares were employed to transform the urban environment into spaces for celebrating the triumph of the fascist state. Corso Vittorio Emanuele, in particular, was used for ceremonial processions, marches and parades. The definition of the old inhabited area, which included the construction of a cenotaph at the sea front, excluded the ancient mosques and noble houses of the native aristocracy. Instead, the plan intended to create an imperial Mogadishu and only tolerated the remains of the old city by concealing it behind the reconstructed seafront and the cenotaph.

On the whole, the architecture of this period, implemented under the two plans, imitated colonial stereotypes. However, some significant structures were built, which would for a long time to come define Mogadishu’s cityscape. The catholic cathedral, which began to be constructed in 1925 and was inaugurated for the visit of the Prince of Piedmont in 1927, was one such building. The architect Antonio Vandone, and his Franciscan client, showed complete indifference to its local environment, allowing  the church’s 37m bell towers to dwarf the old compact Arab style city. The Roman triumphal arch built during the same period also reflects the alienation of the compact fabric into which the old Mosques of Fachr-el-Din and Grama fitted harmoniously. The architectural mishmash of these interventions was due in part to the dominance of its then governor, who approached the style of each project in the form he saw fit. One of the few exceptions, considered the earliest explicitly modernist style building in the country, is the Croce del Sud Hotel (Southern Cross Hotel) built in 1933 by the architect Carlo Enrico Rava.

On the whole the process cancelled the original settlement and proposed a city that was destined to grow in place of the old Arab-style centre and remove traces of its history. However, the implementation of the two town plans, in particular the later one, gave Mogadishu a new urban character: of an open city with an attractive cityscape that formed the basis for the future expansion and division of city spaces into a functional layout with commanding new public buildings and public spaces. Before it came to an end with the outbreak of war, the buildings that emerged during this period of intensive urban development tended to be a mixture of colonial, Islamic, Norman gothic, indigenous vernacular and modernist aesthetic. However, it was modernism that was to have an enduring influence on post independence architecture and the built form, since this was largely seen as a way for the country to assert its identity through new architectural forms. Significant public buildings that expressed the stripped-down modernist aesthetic of earlier schemes such as the Croce del Sud Hotel, as well as influences of broader 60s tropical modernism from the continent and beyond, included the National Theatre and the National Assembly, both of which were completed between 1960 and 1962, and the Radio  Italian colonial planning strategies imposed radical alterations to the pre-colonial city, profoundly impacting the native forms of spatial organisation and experience. The city plans and resulting structures have come to define the city’s appearance and transformed it from a small port into a modern city. Moreover, this influence was not confined to the built form, as for a long time the legacy of Italian traditions could be experienced through local cultural practices until the onset of the civil war in the early 1990s. The long, wide thoroughfares previously used for ceremonial marches became appropriated for new local forms of social, economic and cultural practices. The café culture, cuisine (pasta became a staple Somali diet) and the unhurried Mediterranean tradition of evening strolling to shop, see and be seen are some of the traditions that were adopted. Sadly, most of what remained of this legacy; articulated and experienced through built form, was uprooted during the civil conflict of the last 20 years. More recently, the city has begun to experience a degree of normality and with it has come a mini construction boom. Whether this rebuilding is informed by the city’s distinctive historical spatial character and cultural memory remains to be seen.

Rashid Ali is a lecturer at University of Liverpool, architect  and urbanist at RA Projects, founder and editor at P.E.A.R: Paper for Emerging Architectural Research 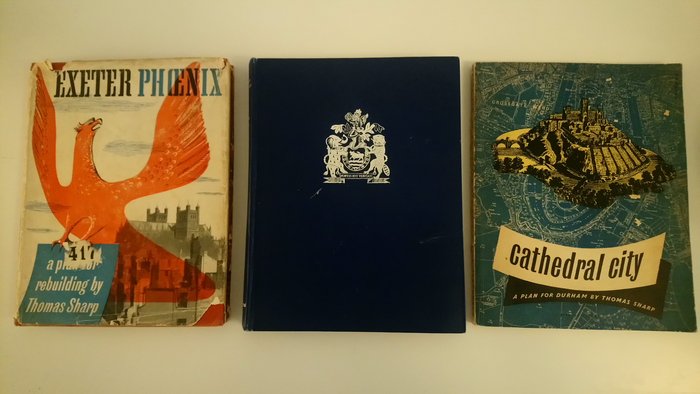 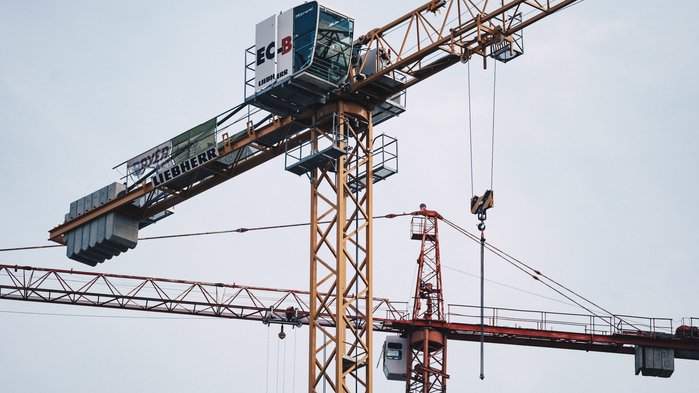 Evolution of our towns captured in collection of historic drawings