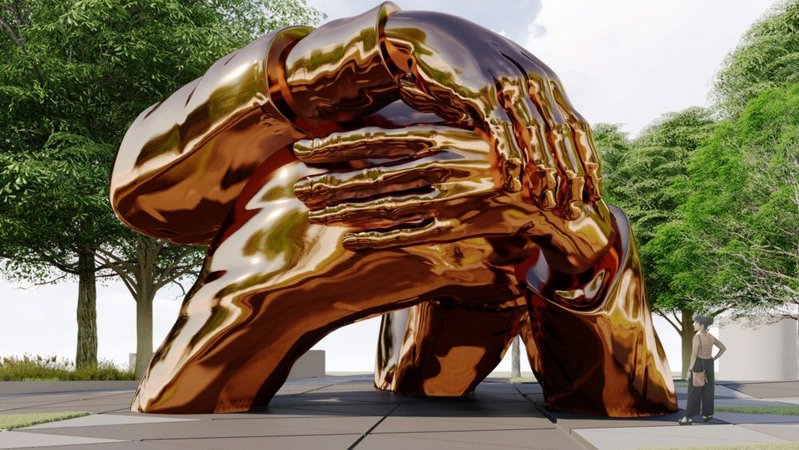 What is the alternative to social architecture – the use of design to influence behaviour or culture? Michael Murphy, of MASS Design Group, takes issue with the term, since ‘architecture is always social because it’s always public’.

MASS, which stands for Model of Architecture Serving Society, is based in Boston, Massachusetts and Kigali, Rwanda. The practice has just won the commission for the Martin Luther King Jr and Coretta Scott King memorial in Boston. Its multidisciplinary team works in research, healthcare, policy, education, research and food systems. The group’s commitment to undertaking comprehensive research in the spaces they design shows what it means to make smart yet simple architecture which ensures long-term sustainability. On a cold Monday night, students, graduates, architects and members of the public gathered to hear cofounders Murphy and Alan Ricks speak at the RIBA in London.

The talk opened provocatively, with a discussion about the planned Holocaust memorial in London (for which MASS’ design was shortlisted). This live issue, in which architectural, social and moral responsibility meet, made a perfect introduction to the MASS philosophy.

MASS was established as an innovative nonprofit architecture practice by Ricks and Murphy in 2008, when both were still in their twenties. Their inspiration came not from architecture but global heath, in particular a lecture by global health activist Dr Paul Farmer. This addressed the links between poverty and architecture, arguing that the poorest in society deserve not only a better system, but ‘the best service’. Another clear influence is the fiercely political 20th century architect, writer and teacher Giancarlo De Carlo, known for putting the inherently social dimension of architecture at the forefront of his work.

MASS’s first project, the Butaro District Hospital in northern Rwanda, was made in collaboration with Partners In Health, of which Farmer is a cofounder. The building opened early in 2011 and was the first hospital in the district, serving over 400,000 people. Murphy described how their design inverted the classic ‘Nightingale ward’, named after the famous nurse and in which beds line the walls of a ward. Instead, at Butaro a low wall demarcates a conduit running through the centre of the ward. This system is designed not only to maximise natural ventilation, but also to allow every patient to enjoy a view of the outdoors – a strategy that has proven health benefits.

Following the 2010 Haiti earthquake, MASS was invited to devise healthcare spaces on the island. Patients had formerly been treated in temporary tents. In 2015 it designed an adaptable cholera treatment centre, and a permanent facility – the GHESKIO Tuberculosis Hospital – opened in Port-au-Prince. Ricks notes that the biggest difference since the facility opened was the improvement in the mental health of patients, notably a marked decline in attempted suicide, again bridging the link between design choices and health.

In the US, MASS is best known for its work on the remarkable National Memorial for Peace and Justice in Montgomery, Alabama, which opened in 2018. This memorial is, incredibly, the first to be dedicated to victims of lynching in America. Over 4,000 victims are remembered on 805 markers, each marker signifying counties in America where the atrocities happened. Following the completion of the memorial in Montgomery, counties across the US have been invited to claim their markers. With over 400 counties so far claiming theirs, the plan is to spread the 805 markers across the country.

One word that Murphy and Ricks repeated throughout their lecture was ‘act’: the act of remembering, the act of bearing witness, the act of participating. To commemorate the 4,000 victims, MASS teamed up with the Equal Justice Initiative (EJI) in a campaign to engage members of the community to go to sites of lynchings and collect some of the soil in jars. This meaningful act of participating in remembering and recognising those who lost their lives is important in starting a dialogue at a local level. The collection is now exhibited at the EJI’s headquarters. MASS believes that the real battle for racial justice is for truth telling: ‘in the community, the local neighbourhood... the conversation has to happen there’. A similar idea was explored in its proposal for the Holocaust memorial site in Westminster in London, in which an individual act is intended to create a wider effect.

The act of people participating is a message in a new campaign, devised by MASS, to address America’s gun violence epidemic. ‘There is no client, we are the client,’ says Murphy. Again approaching a sensitive issue of political magnitude, MASS has teamed up with gun-safety advocate Everytown for Gun Safety to invite each of the 50 states to offer a space for local memorials; this may lead to one large temporary memorial in Washington in the lead up to the 2020 presidential election.

By employing a full-time videographer to record their projects rather than relying on traditional drawings, MASS’s founders have turned to a popular, accessible medium to bring the public into the sphere of architecture. The practice’s commitment to social inclusivity while carrying out its work was evident in the lecture: passionate and intelligently constructed, it moved from immediate local concerns to much broader causes.

The approach presented by MASS speaks less to the technical aspects of its designs, and more about a holistic approach to architecture, rooted in social inclusivity and service. It was particularly good to see students queuing at the end of the lecture to speak with Murphy and Ricks, who both welcomed questions. This generation of future practitioners is resourceful, equipped with the means to reach wider publics, and the example set by MASS points to an optimistic future for the profession.

Shega Emini works on public programmes at the RIBA