Hurrah! The modern prefab is a reality. Now can we make them affordable?

We’re all used to increasing levels of prefabrication in building: one side effect of the high-tech era was to make the dry assembly of large components respectable again, after the bad-press time of system-built concrete highrises. When it came to volumetric housing, however, the experiments of the late 1990s in social and market homes came to little in the end. Bathroom and kitchen pods are one thing: whole ready-made apartments, involving the transport of large amounts of air in unwieldy boxes on crowded roads, is another – although it was the problem of never getting enough of a production line going to bring prices down that eventually stalled the turn-of-the-millennium volumetric campaign.

So flat-pack panelised construction took over as the favoured, more efficient method of rapid building for those inclined that way, whether in the frame-and-infill sense (the modern world’s equivalent of medieval wattle and daub), sandwich panels or solid cross-laminated timber, which has had a tremendous impact on the way architects design and builders build. And yet... one always looks at those 1940s estates of proper, all-in-one prefab homes, delivered on trucks, tiny but (with some exceptions) well designed and equipped, the remaining communities of which are mostly listed. And one looks at the inter-war plotlands housing made of old railway carriages or large wooden shipping crates. No wonder so many try to make ­architecture out of today’s superstrong metal shipping containers, though for me the proportions always feel wrong.

Couldn’t the idea of those long-ago prefab and plotland homes be updated for modern conditions? Why, yes it could

And then we have the housing crisis – especially the social housing crisis. Couldn’t the idea of those long-ago prefab and plotland homes be updated for modern conditions? Why, yes it could, and Ivan Harbour with his colleagues at Rogers Stirk Harbour is your man for the job. Welcome, then, the Y:Cube.  It’s a simple studio apartment in an insulated box that uses the Insulshell timber structural panel system. Costing £30,000 a unit to make, it was unveiled recently not by its architect but by housing provider YMCA London South West, which has been closely involved with its development. Significantly the flats – which arrive fully fitted out and link together in various ways, including stacking – are so well insulated as to need very little heating.

So, real well-designed prefabs again, hurrah. Only make enough of them, and costs will come down. But there’s another problem, and it’s always the same: the price of land. Reducing the cost of building and running homes helps hugely, but they’ll never break the vicious circle of unaffordability unless land costs come down. And what’s to stop the market value of these units soaring, once built? This brings you right into the world of development politics. We need a new financial model to go with the new construction thinking. 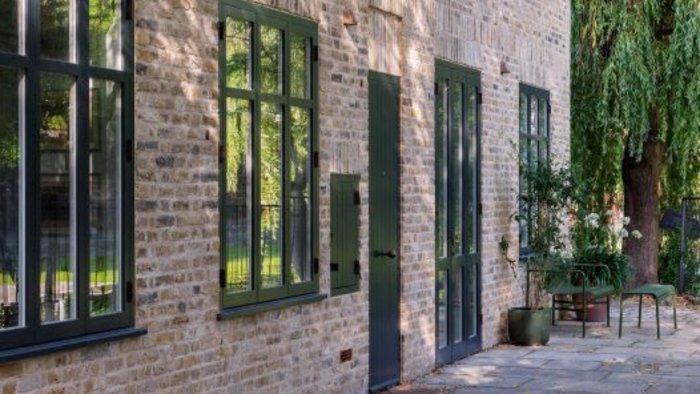