Has the biennale had its day?

How do you present architecture to the world, other than by the obvious means of building if you can, and letting people form their own opinions? This is the perennial problem of architecture exhibitions and it is above all the question asked every two years when the Venice Architecture Biennale comes round.

It’s a thankless task in some respects, being the director of that show – this time Yvonne Farrell and Shelley McNamara of Grafton Architects, Dublin.

Thankless firstly because – well, it’s in Venice which always effortlessly upstages anything today’s architects might attempt. Secondly because it gets increasingly hard to do anything that’s not been tried before. There is the memory of all the previous biennales, back to ‘the Presence of the Past’ directed by Paolo Portoghesi in 1980, a key moment in the development of intellectual post modernism. It stayed a smallish, low-key, even introverted affair – the fourth biennale in 1986 directed by Aldo Rossi, for instance, was just – just! – an exhibition of the work of Dutch master architect Hendrick Petrus Berlage which wasn’t even in the Venetian islands at all, but on the mainland.

In 1991 it adopted the form of the art biennales and went internationalist, in the form it has kept ever since. That was when I first attended. I can’t remember what the display in the British Pavilion that year was about – they often tend to be forgettable. But I remember Jim Stirling in his blue shirt, white bush hat on his head, launching his little ‘bookship/boatshop’, designed with Tom Muirhead, in the Biennale Gardens. It’s still there and it is still very good, if lacking a purpose now that it is not used as a bookshop.

As everyone always is on first visiting, I was blown away by two permanent buildings: from antiquity the buildings of the naval dockyard at the Arsenale, and from modernity the Nordic Pavilion (1958-62) by Sverre Fehn in the Biennale Gardens, the canopy of all canopies, a building which dissolves its walls. That set such a high standard that there wasn’t much point any other architect trying after that, though some have and Stirling/Muirhead did best.

In the exhibition it becomes increasingly difficult to do something that’s not been done before: does the present offering ‘Freespace’ differ so hugely from Kazuyo Sejima’s ‘People Meet in Architecture’ of 2010, for instance? There’s been a shift away from the domination of starchitects showing off their wares towards the social aspects of architecture, something publicly much resented by one starchitect, Patrik Shumacher. But even that’s old hat. Massimiliano Fuksas, himself a starchitect, directed ‘Less Aesthetics, More Ethics’ back in 2000.

Thus the binary nature of the Venice Biennale – and all architecture exhibitions really – goes on for ever. Displays of astonishing design virtuosity alternate with (or at times even combine with) calmer examinations of conscience, discussions on the social and environmental role of architecture. ‘Freespace’ is very laid back. Perhaps next time the biennale should be pruned back. Perhaps Rossi was on to something. Perhaps it’s time to learn from the past again. 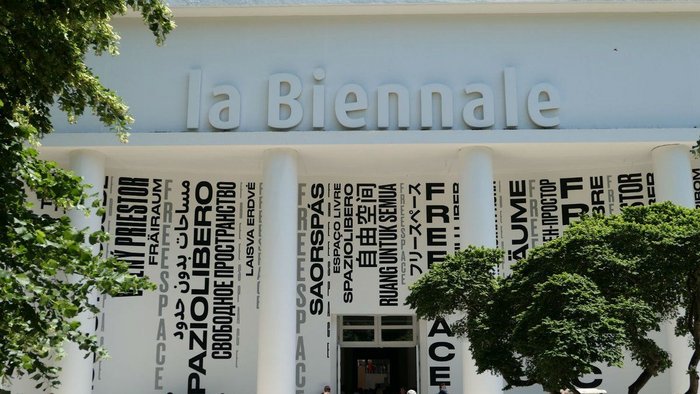 The Oaf goes to Venice 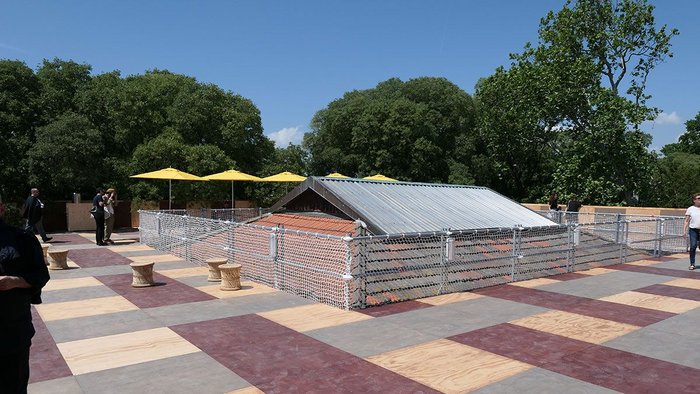 In search of elevation at the Venice Biennale 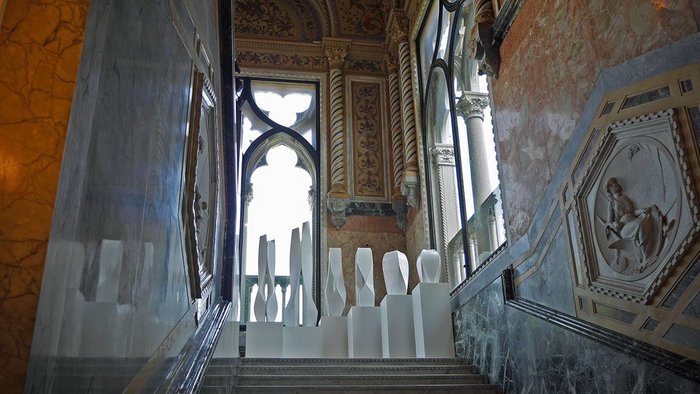