With cultural genocide on the rise worldwide, Robert Bevan’s ‘The Destruction of Memory’ has been turned into a poignant film

In an irony that was only later to manifest itself, the day before the stories started trickling through of Islamic State’s vandalism of the remains of the ancient city of Palmyra in Syria, I found myself in the newly restored Model Room in Sir John Soane’s Museum staring at antique scale models of the city’s temples, moulded by François Fouquet from plaster of Paris and no doubt used by Soane as an inspiration and teaching device for his understudies. These delicate records became, in that short time, momento mori of something that had withstood the ravages of history only to fall victim to fundamentalist guerrilla warfare, their destruction coolly recorded on video; part of a terror campaign conducted as much on social media as the battlefield.

In the 10 years since Robert Bevan’s important book ‘The Destruction of Memory’ was first published in 2005, it is a sad fact (that will come as no surprise to the author) that the conscious and deliberate destruction of cultural monuments is not only ongoing, but has risen. Bevan’s account of the night that Sarajevo’s neo-Moorish National Library was deliberately targeted and burned out by Serbian forces in 1992 is moving, eyewitnesses talking evocatively of burning pages from the 2 million books that were destroyed fluttering around in the night sky.

In the new documentary film of Bevan’s book, in which he is interviewed, this heinous act and the destruction of Mostar Bridge disturbingly make up its beginning rather than the book’s original endpoint. IS videos of the sacking of the Iraqi National Museum and the beheading of the brave Palmyra curator Khaled al-Asaad, who refused to disclose to them the whereabouts of its most precious hidden artefacts, are shown as just moments in a continuing litany of cultural terror.

Film and book describe the methodical obliteration of culture as a very 20th century phenomenon, according with the ability to mount industrial scale salvoes due to advances in weapons technology. It might have started with the expulsion of 2 million Armenians from the Ottoman Empire in 1915 and subsequent demolition of any legacy they had there, but the Allies, it’s argued, are as guilty as Nazi Germany when it came to the blanket bombing of cities during WWII. In the wake of this it was Polish jurist Raphael Lemkin who first came up with the definition of genocide and within that ‘cultural genocide’, but the Allies’ own wartime culpability meant that the ‘cultural’ aspect never made it into the statute book of the United Nations’ 1948 anti-genocide Resolution 260.

Some redress was made in the 1954 Hague Convention for the Protection of Cultural Property, but even this had its loopholes, specifically in the proviso of ‘military necessity’, able to be cited by any power justifying its use of force in conflict. The key point being made in writer, director and producer Tim Slade’s film is that this waiver justifies what happened not only in WWII, but also in the Balkans conflict from 1991-2001, including the systematic erasure of most of the country’s mosques in the wake of Milosevic’s shocking ethnic cleansing during the Yugoslav wars. The film argues that until cultural genocide becomes part of humanitarian law, as it was originally intended to be, the ‘military necessity’ clause will continue to be evoked and the perpetrators of such destruction will continue to evade justice.

There’s a touching caesura in the village of Baljvine in Bosnia and Herzegovina, where the ethnically diverse community came together to ensure its mosque was saved, but on the whole the film makes for grim, sobering but necessary viewing. The Tomb of Jonah in Mosul, Iraq; Aleppo and Homs in Syria; the mausolea of Timbuktu in Mali were all severely damaged or destroyed despite the latest UN Resolution 2199 on IS aiming to put the destruction of heritage on par with other peace and security issues. The Mali mausolea were, however, the subject of a successful prosecution this year at the International Criminal Court for cultural destruction.

But in Aleppo in Syria, 100 years after Armenians were displaced here following the pogrom in Turkey,  and the terrible human cost aside, the bombed out ruins of this great, historic Syrian trading city (and the refugee crisis itself) are testimony to our inability to learn anything from history. ‘The dead are dead, we know that,’ cites cultural heritage preservation officer at the Smithsonian Corine Wegener at the film’s start, ‘But without our culture the rest of us can’t go on living.’ I once tasked myself and failed to name a work of architecture that had moved me to tears. After watching this film, I realised that it’s not a building’s physical beauty that might cause me to cry, but its physical absence.

‘The Destruction of Memory’ has a special screening Thursday 7t July at London’s NBCUniversal screening room, hosted by Global Heritage Fund. Check for details of other screenings UK wide throughout the summer and autumn. 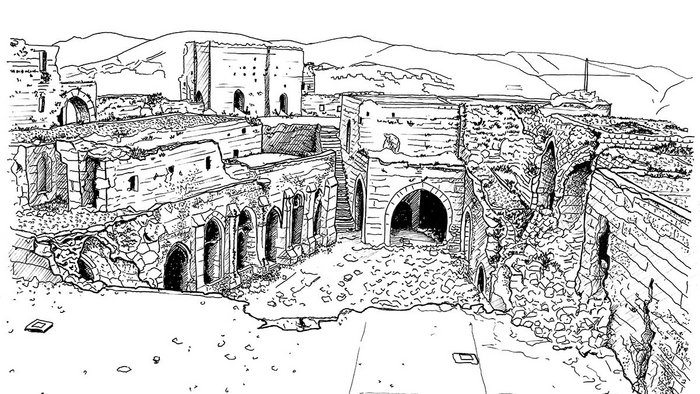 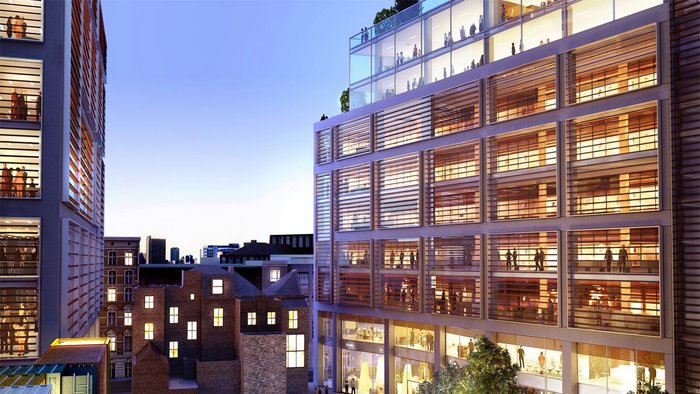 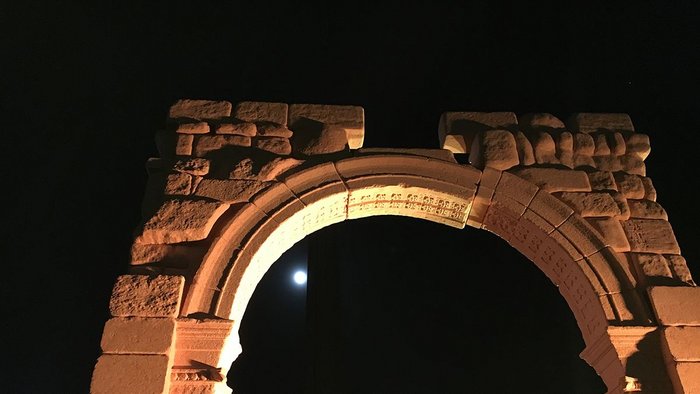