Architect, sculptor, writer, designer... involved in some of the defining events of the 20th century 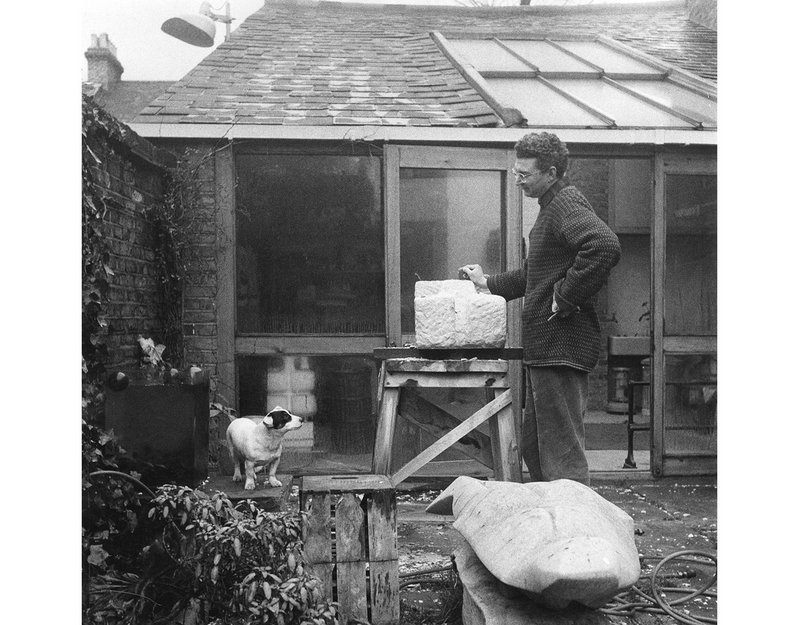 This year would mark the 90th birthday of Theo Crosby (1925-1994), here seen outside his studio at Hammersmith in 1962. Architect, sculptor, writer, designer, Crosby was involved in several of the most defining events of 20th century British architectural culture, even if he is probably best known for being a founding partner of design firm Pentagram, established in 1972. Born in South Africa where he studied architecture, he moved to Britain in the early 1950s to dissociate himself from his country’s apartheid regime. After working for a number of architects he joined the staff of Architectural Design, for which he also designed covers. His collaboration with editor Monica Pidgeon transformed the magazine into one of the most innovative and respected periodicals of its day. In 1956 he took part in the seminal exhibition This is Tomorrow at the Whitechapel Art Gallery, together with Alison and Peter Smithson, Colin St John Wilson, Eduardo Paolozzi and Richard Hamilton. In the last years of his life Crosby taught at the Royal College of Art and led the design team of the new Globe Theatre.