Plan for growth or sit tight and hope? In a new series the RIBA Journal crunches the economic data for your practice, and finds that despite slowing growth, there are still plenty of positives for the industry

Pick two factors that most affect workload in the built environment and you may well find economic growth and uncertainty topping your list.

When robbed even of modest growth in the wider economy, construction tends to dip into recession. The flip side is that when the economy races, construction sprints ahead. This is clear in the data.

The effects of uncertainty are harder to gauge. Investors facing a foggy view of returns grow shy of dipping into their pockets. The high ticket prices and long-term nature of construction projects makes it easy to see why those spending in the built environment might be even more wary.

So for anyone involved in construction at the moment, amber lights should be flashing. Economic growth has slowed and uncertainty is high. Both have the power to reverberate across all types of work and all parts of the country.

Despite a slight pick-up in the final quarter, the UK economy softened in 2015. Growth (GDP) fell from 2.9% in 2014 to an estimated 2.2%. This is below trend (about 2.5% for the UK). But taking a view over the past three years, economic growth is still consistent with a rising construction market.

Recently released official construction output figures for 2015 reflected an exaggerated pattern of what happened to GDP. Over the year output grew 3.4%, but dipped in the final two quarters, which technically is a recession. The data may well be revised up, but it provides a clear warning to keep a close eye on the wider economy.

A bigger concern, though, is political and economic uncertainty and the potential impact this might have on investment in the built environment.

The list of uncertainties and risks is expanding. We have slowing global growth, Britain’s EU referendum and, more parochially, nervousness over rising construction costs. Add to these, turmoil generated by global conflict and migration and the unpredictable effects of collapsing commodity prices, and you have a plateful of unquantifiable risks to unsettle many construction clients weighing up whether to commit to a project.

The effect of this uncertainty is unknowable. Yes, it is mostly about downside risks, but there are upsides. Britain’s status as a safe haven can actually attract investment in times of turmoil.

While media attention concerning the global economy seems focused on China, the reality is that economic growth is slowing across most major nations, according to the latest data from OECD, the international economics body.

This may all seem far away, but the UK is not immune to fluctuations in the global economy, nor its construction sector. A global slowdown might temper aspirations among the growing numbers of built environment professions working on overseas projects, but strong steady growth in global construction should support demand for UK talent over the longer term.

The greater effects of any backwash from economic and political uncertainly, global or national, are more likely to be felt in slower economic growth and delays or cancellations to UK investment at home. While the London property market may appear as the frontline in a global context, any slowdown will not be contained there. Waves and ripples will be felt across the whole built environment economy – right down to local home improvement projects in distant parts of the UK.

Most business indicators suggest construction is still growing. But they also imply that growth in the construction market eased markedly since late spring last year. The RIBA’s own workload expectations measure took a tumble in July, the RICS construction market measure dipped at about the same time and both the Bank of England Agents’ survey and the Markit/CIPS construction survey suggest growth rates eased from a peak since autumn 2014.

Looking at activity on smaller local projects, the quarterly survey of members of the Federation of Master Builders shows us that strong growth beginning in 2013 has eased significantly over the past 18 months or so.

While slowing growth and growing risks are recognised by the industry forecasters, they remain positive about the prospects for construction growth over the next few years. The latest Construction Products Association forecasts suggest the industry should continue to grow by between 3.6% and 4.2% over the next three years.

So despite some dark clouds on the horizon, as things stand construction growth seems solid, constrained perhaps more by lack of experienced staff than by demand. For architecture practices in particular, starved of new recruits for many years after the recession, there are skills shortages. This suggests that there may continue to be plenty of work in the pipeline to keep its workforce busy. 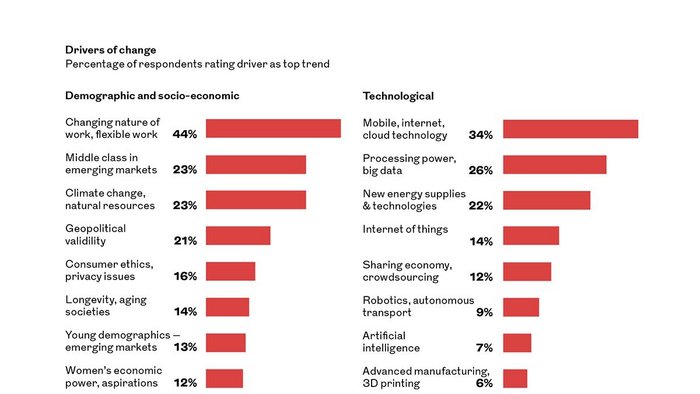 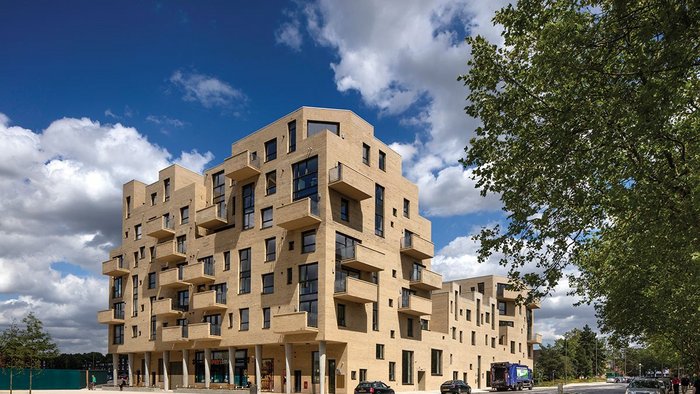