How do you put yourself and your practice on the map? At the RIBA’s ‘Future Forward’ Smart Practice Conference this autumn, Rob Jackson of Bond Bryan Architects in Sheffield will describe the impact of his unique digital journey from a tech ingénu to BIM guru. Helen Castle gets a preview 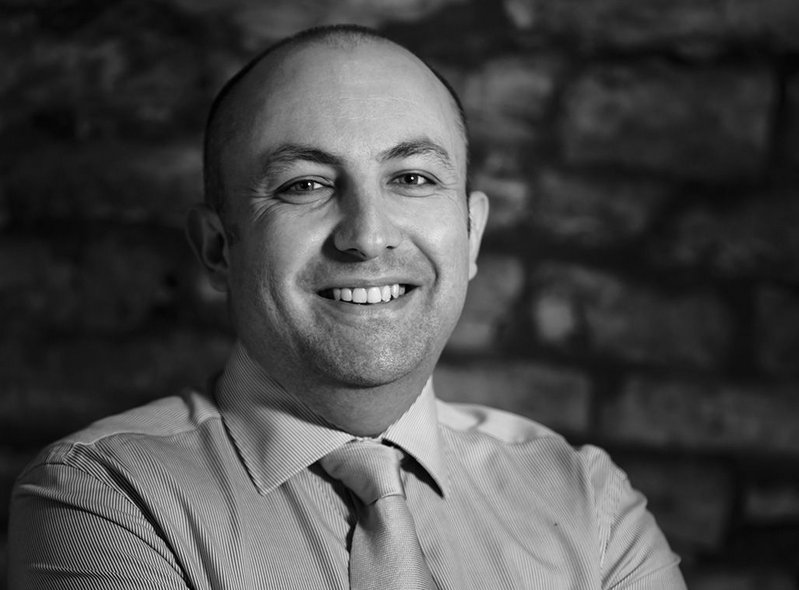 When Rob Jackson started his career at Bond Bryan Architects in Sheffield as a young architect in 2000, he had never used CAD. His design work at university had all been firmly analogue – hand drawn. In his year out, he had not even had access to email. Sixteen years later, he has gained guru status in the BIM world. His following is international.

As Dominik Holzer, senior lecturer in Digital Architectural Design at the University of Melbourne and author of The BIM Manager’s Handbook, points out: ‘Rob Jackson has established himself as one of the leading advocates for the intelligent use of information technology in architecture, engineering and construction. Rob is a community-builder and a highly-regarded speaker/presenter at design/BIM conferences around the world.’

Having recently returned from talking in Australia and Budapest, Jackson has a pending speaking engagement in Copenhagen. A member of the buildingSMART UK's Technical Group, he has contributed to key books on BIM and is writing an ebook on COBie. In the last year or so, he has won several significant industry awards, most notably for his BIM Blog, SME work and BIM delivery of the David Hockney Building for Bradford College. 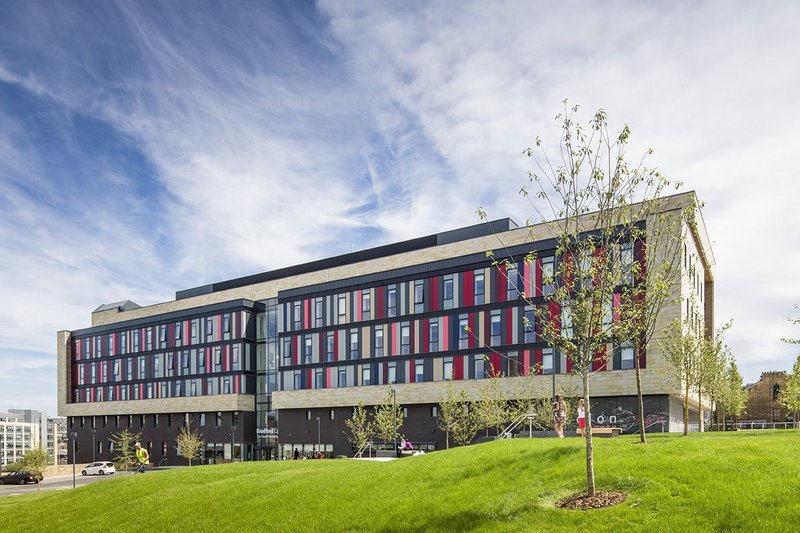 When Jackson began at Bond Bryan, it was his penchant for order and systems that enticed him to work on numbering standards, which in turn drew him to CAD and then BIM. The company used modelling for visualisation purposes as far back as 1994. By 2007, he was undertaking colleagues’ CAD training and by 2009 he had started producing drawings from a model and was sharing models with contractors. By 2011, when the Government Construction Strategy declared its intention to require 3D collaborative BIM on its projects by 2016 and embarked on a four-year programme for sector modernisation that manifested itself in BIM Level 2, Jackson became convinced the practice needed to take BIM implementation to a new level.

He put the case to Bond Bryan’s directors that they should position themselves as market leaders, requesting that he take BIM on. By 2012, he was working on BIM full time. When he started tweeting from the practice’s main account the same year, his BIM expertise almost immediately started to gain exposure. The account that started with 60 followers, and has since been siphoned off as @bondbryanBIM, has almost 6000 followers. Twitter for Jackson has become an important tool for direct engagement and sharing of expertise with like-minded architectural technologists. The day that I visited him in Bond Bryan’s Sheffield office, he had just put out a tweet asking for help translating XML to xlsx files. The fix was provided by a staff member at what would previously been regarded as a rival practice in London.

When Jackson went on to establish his BIM blog on the back of the success of Twitter in October 2013, it gained global reach. Randy Deutsch, Associate Professor at the University of Illinois at Urbana-Champaign in the US and author of Data-Driven Design and Construction, describes its impact: ‘The BIM Blog has almost from day one had a large following and readership, with some posts having upwards of 18,000 views. Unlike a lot of firm blogs, the Bond Bryan blog is not just about themselves and their projects. The writing and graphics are always top-notch. His current well-illustrated and quite creative LEGO Architecture meets BIM series of posts are just one example of what makes his blog a standout.’

It is both the quality of the content that Jackson produces and his emphasis on disseminating information that mark him out – whether it is on Twitter or via the BIM Blog. He is a great advocate of IFC BIM standards, which are software agnostic, allowing architects the freedom to use the most appropriate tools for the job and process in hand. As Holzer says: ‘Rob’s work about sharing building data via IFC and other open formats is unparalleled and the success of the resulting project-work speaks for itself.’ Jackson admits it has taken time for Bond Bryan Architects to become entirely comfortable with quite how open his approach is – representing a cultural sea change for the profession – but it is clear that with the rebranding of his team as Bond Bryan Digital earlier this year that they fully acknowledge the level of expertise that Jackson and his handful of colleagues bring to the 120-staff practice. The standalone Digital brand enables them to independently provide consultancy work for clients. For instance, Bond Bryan Digital is currently undertaking the information management of a project for the University of Cambridge, where Jestico + Whiles is acting as the architect.

Education with strategic management and BIM thrown in

Bond Bryan was founded in 1989 by John Bond and John Bryan, who both had expertise in education. Education remains at the heart of what the practice does today: from primary schools to higher education colleges, university facilities and research parks. Having had a management buyout nine years ago, Bond Bryan now has 10 directors with offices in Sheffield, Kent and London. Sheffield, though, remains the hub. Over the last ten years, the firm’s home city has offered up unique opportunities. One of these has been the development of a speciality in advanced manufacturing research facilities. 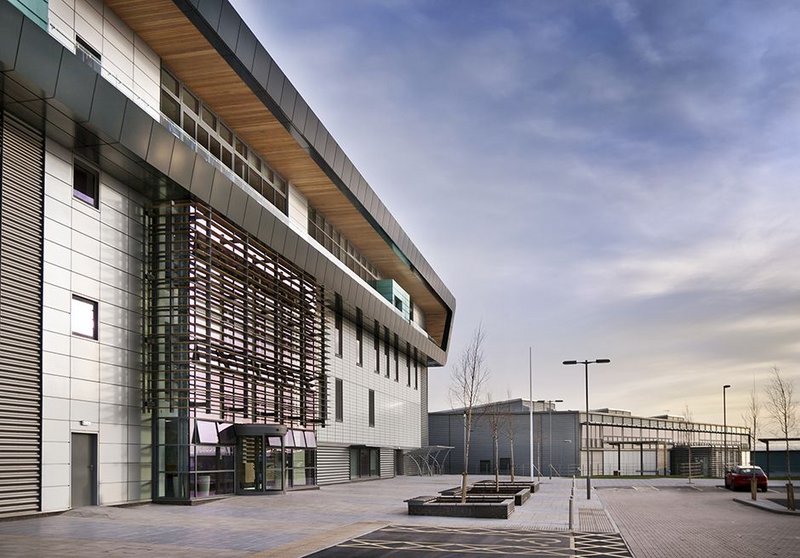 This is an expertise that has been carried over to other locations and related building types such as advanced technology and training centres. (Work is, for instance, currently completing on the Technology Entrepreneurship Centre for the University of Nottingham.)

Bond Bryan Architects’ Technology Entrepreneurship Centre for the University of Nottingham completes in September. The design conjures up the city’s industrial roots as well as its future. The open circular form dynamically evokes the spokes of a Raleigh bicycle wheel in motion.

Since 2008, when Bond Bryan delivered phase one of the Advanced Manufacturing Research Centre for the University of Sheffield, it has designed 12 manufacturing research facilities for the university. The latest is the James-Bond-like 2050 Factory, which has a circular reconfigurable layout.

Research facility Factory 2050, completed in 2015, was designed by Bond Bryan Architects for the University of Sheffield. It has a reconfigurable layout for testing the productivity of high-value manufacturing over short runs.

Its most prestigious project yet for the university is currently out to tender. The Faculty of Engineering Heartspace creates a quadruple-height glazed atrium between two 19th century buildings, one of which is grade II listed. 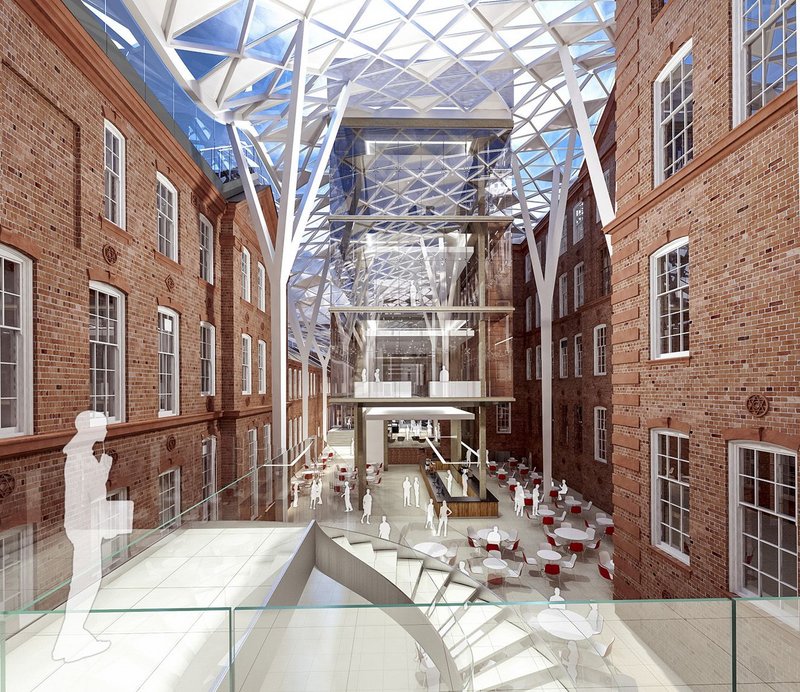 The Faculty of Engineering Heartspace is a landmark project by Bond Bryan Architects for the University of Sheffield, completing in 2018.

This is a project with all the complexity and sophistication of Foster + Partners’ Great Court at the British Museum. What this scheme for the engineering school and the manufacturing facilities share, though, is more than the same university client. They both originated with work undertaken by Bond Bryan’s strategic services team, which consults on estate management and planning, often to the education sector. Like Bond Bryan Digital, the strategic services team is small, with two main experts, but pivotal to the practice’s pipeline of work. Jackson estimates that 60% of Bond Bryan’s work can be tracked back to strategic advice.

For Rob Jackson, BIM is a ‘passion as much as a job’, spilling over into all his activities: ‘turning businesses into digitally focused environments’ is a quest that requires ‘continual evolution’. His personal investment is apparent in the quality of project work that he delivers as well as the time that he devotes to the creation of text and images for his blog. The emphasis on sharing and community that Jackson and other influential BIM pioneers have introduced in the last five years has greatly advanced its practical application, with collective problem-solving and the opportunity to learn from other experts internationally. Counter to the conventional view, dissemination of specialist knowledge has also proven to have a beneficial effect on the profile and services of practices, like Bond Byran Architects, that have been sufficiently enlightened and confident to lift the borders. It has taken Bond Bryan from being largely a local practice to one with global reach.

Helen Castle is head of professional programmes at the RIBA and consultant editor of Architectural Design. 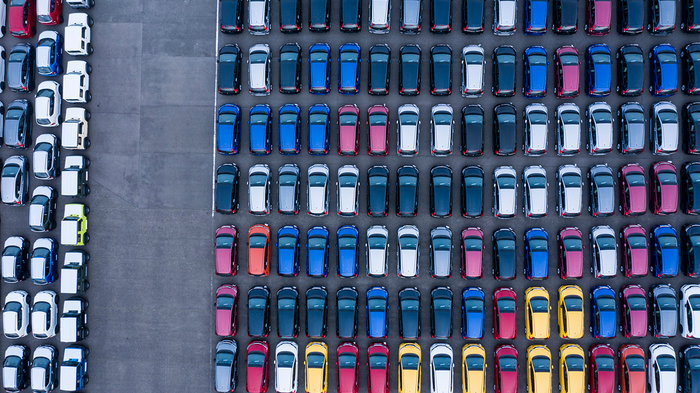