Unique quirks in the design of homes create a frame of reference for their occupants’ future memories, argues CAN director Mat Barnes, one of the 2021 RIBAJ Rising Stars

My most vivid memories are framed by architectural oddities. The uneven risers of my parent’s staircase which made sneaking up after a few drinks in the park ever more challenging; the not-quite-round window that I studied in great detail during mandatory Sunday phone calls with my nan; and the intensely patterned maroon wallpaper in the hallway that formed the backdrop to every hello and goodbye up to the age of 17.

These oddities or memory frames fall into two categories: firstly, the imperfections in the construction process, like the uneven stair and the not-quite-round window; and secondly, the purposefully designed ornament; such as the Laura Ashley wallpaper or the stained glass in the round window.

Both these imperfections and ornamental features are looked on positively in estate agent sales patter; referred to as character – ‘this house is full of charm!’ – and they often elevate the value. They are like built-in quirks, one-offs that increase occupants’ sense of ownership and often merge with their sense of identity.

These architectural oddities started their slow decline as the ornament in the pattern books of early 20th-century housing became unfavourable. It was deemed unnecessarily costly coupled with the ever-increasing regulatory framework and quality control of housing delivery, which ironed out the constructional imperfections.  While these unique signifiers declined, the level of mass consumerism increased, replacing the identity afforded by people’s homes to the stuff that they accumulate, display and wear.

The mass housing of today is designed to appeal to the greatest number of potential buyers and to give the planners as little to object to as possible. This results in the worst of compromises: exteriors whose only difference is the brick colour or bond, and interiors so bland they disappear from memory once you have left.

This doesn’t just happen in mass housing. Wealthy private residential clients employ ‘good taste’ architects to design their homes in their market-driven vision. Instead of emulsion, the 'beigeness' here is realised in lightly stained hardwoods or handmade Danish bricks, stroked into existence by an artisan.

In both cases, the occupant’s identity and feelings are defined by this additional layer of identity consumerism, applied on top of the architecture whether it be a collection of family photographs or more abstracted expressions of identity such as artwork ornaments. Although these objects and furniture are not considered part of the architecture, they are what makes these identikit housing unique, defining what makes your home your home. This echoes the march to homogeneity in the mass-production of consumer electronics. Consumers are compelled to encase their identical smartphones in a colourful cover which makes it ‘their own’.

Architecture, however, is not mass-produced on anywhere near the scale of the iPhone. Architecture needs to be bespoke in almost every case because of the physical constraints and human intricacies of every site. An architectural project presents so much more opportunity than to just provide the functional needs of its occupants, it presents a chance to serve as a frame for their memories formed in that place. It presents an opportunity to increase feelings of ownership and home without having to rely on a further layer of objects to fulfil that need. 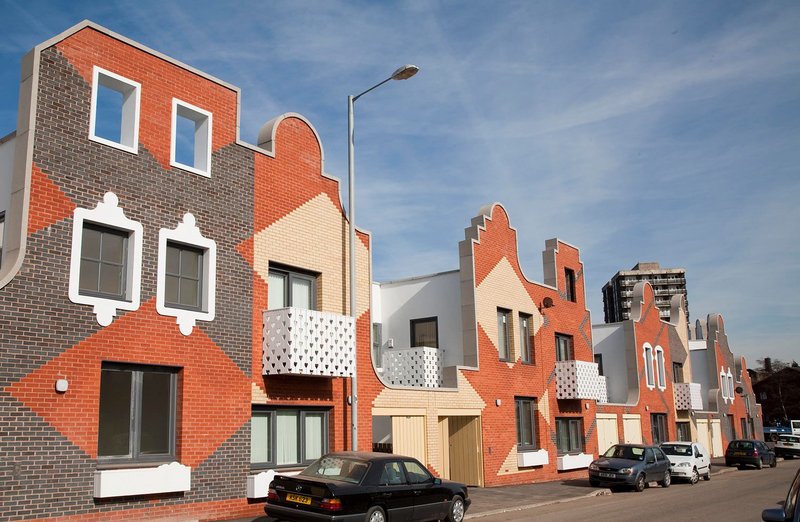 I always think back to an anecdote from Sean Griffiths talking about his former practice FAT's Islington Square housing project in Manchester. The practice was tasked with replacing a dilapidated non-descript 1960s terrace with new housing for the same residents. Before designing anything, they visited the residents in their existing homes and were amazed by the internal modifications some had made to their ornament and imperfection-free houses, from a half-timbered fireplace to a fully functioning bar with disco ball.

Instead of restricting this personalization, FAT wanted to enable this kind of ownership in its new housing, so it designed an ornate and expressive front elevation with a developer spec rendered box on the back, intending for it to be a blank canvas for the tenant’s modifications to run wild.

But what actually happened is that the tenants made very few modifications to their new houses. I would argue that this was because the expressive street elevation provided all of the uniqueness and identity they needed so they didn’t feel compelled to further personalise their homes. The façade was designed so that no two houses had the same frontage – an exaggerated version of when everyone on a street paints their front door a different colour. This was a project where the opportunity provided by an architectural project was realised within its regulatory and financial constraints while providing that sense of ownership. 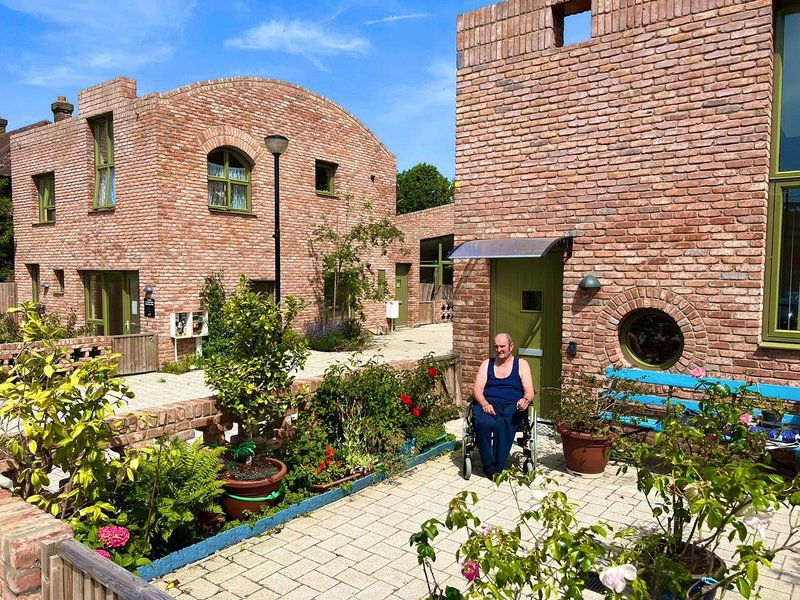 A more recent example of such opportunity-grabbing architecture is the much-lauded work of Peter Barber Architects, which manages to provide exemplary and unique housing for the very financially constrained social housing sector. A richness is given to the mostly affordable housing that is absent in a lot of mass housing today. 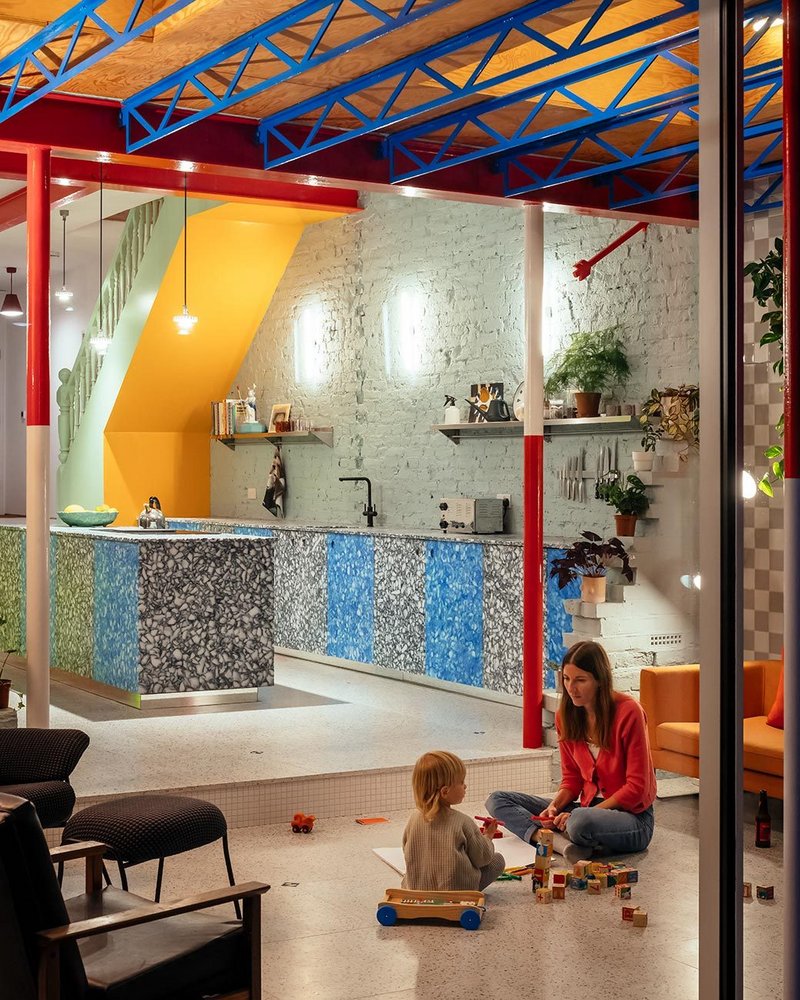 Mountain View Interior, Sydenham, by CAN, 2020. Each architectural element is amped up to be a potential frame for future memories and increase feelings of ownership. Credit: Jim Stephenson

Although not on the same scale, my practice, CAN, has been trying to introduce these architectural oddities into its own work by treating every element as an opportunity to create a frame of reference for a future memory. Most of these design drivers seem strange or out of the ordinary but often the stranger the frame, the more vivid the memory.

Mat Barnes is an architect and director of architecture and ideas studio CAN, and a RIBAJ Rising Star 2021.