As travel restrictions ease everyone is wanting to go abroad. For some, working abroad is a professional, long term ambition – but it’s not simple. Daniel Vella offers some practical considerations

As globalisation shrinks the world and social media’s triumphant march reaches ever further, the urge to explore and discover has never been so compelling. Such exposure to international projects and practices gave me reason enough to seek an international career, and before long, I found myself on a flight to Seattle with one suitcase and a plan to realise my American ambition.

At first glance, it seems there has never been a better time to satisfy our architectural cravings – at home or abroad. But it’s not so easy.

While globalisation has streamlined travel and access to knowledge, it has arguably increased the complexity of our immigration systems, actually making the world less accessible despite appearances to the contrary. Visas, licensing, building codes, software, taxes, finances, measurement systems, and country-specific architectural jargon are just a few blocks on the road to relocation. This heightened perception of global openness can be challenging to navigate, requiring meticulous planning, intense networking and transparent communication with employers and embassies – and in my case a surprising short move east to Romania to go west to Seattle.

So where do you begin? Here are a few considerations.

The stress-inducing word ‘visa’ is overwhelming for a measly four letters. It’s very easy – and normal – to find yourself dazed in the twisted labyrinth of immigration law when researching visas. The optimism that fuelled the notion of a career abroad can be quickly punctured.

While many architects and designers entertain the idea of going abroad, many give up at this first hurdle, since it’s not always a clear path. My own US visa took me on a route from London to Romania, engaging lawyers and politicians in Malta and Wales, networking with an ex-prime minister of Belize, and contacting embassies in the Middle East, Morocco, Moldova… and a bus company in Mexico. An unnecessarily long story but I arrived in Washington seven months later.

Contrary to common belief, securing a visa is not as simple as having an employer sponsor you. Even after docking in your new country with the relevant paperwork, remaining in that country can be just as gruelling and costly as getting there in the first place.

That said, the single best thing one can do is conduct diligent research – and start early. Not all architecture practices have immediate access to immigration attorneys, and most aren’t seasoned at all with hiring somebody from abroad. So it’s crucial to come to an interview prepared with as much knowledge as possible on what your visa options are.

You need answers to:
What you are eligible for
What your process is
How long it will take
How much it will cost
What the success rate is
What the quota is
What the criteria are

The list goes on and on. If you come prepared, and are confident in your delivery of knowledge, the discussion of visas doesn’t have to be a deal-breaker. A resolute imparting of information might even have the opposite effect.

Overlapping building codes are a significant barrier to professional international practice, although the introduction of the International Building Code has diminished this somewhat.

Landscapes, seismic activity, hurricanes, storms, droughts, fire hazards and blizzards vary from country to country, region to region and city to city. And so do the laws and regulations under which architects operate. On a macro scale, planning requirements in London differ greatly from those in San Francisco. On a micro scale, zoning laws in Seattle vary from those in neighbouring Tacoma. Couple this with fire safety requirements, energy code requirements, professional rules of conduct, the conflicts between state code and city code, and countless other jargon-jammed legalities – and the depth of knowledge necessary to adapt abroad can quickly consume you.

And then there’s the measurement systems; the potential transition from a metric to an imperial system, or vice versa. With the recent announcement from the UK government considering a post-Brexit reintroduction of the imperial system, things may get more precarious still.

Software quickly changes. Since many packages aren’t taught in architecture school, discrepancies quickly arise in standards from company to company and country to country. For example, BIM programs such as Revit tend to be the industry standard in the US, whereas throughout Europe, many countries are using ArchiCAD and VectorWorks as the predominant design tool. Just a few short years ago, Microstation was the standard that many, including me, were exposed to in the UK.

That said, with the rise in global architecture practices and their increasing influence in shaping architectural standards, this barrier to international practice may soon be nothing but a minor bump in the road.

Licensing can be a long and stressful journey. However, before seeking employment abroad, securing your architecture registration at home can serve as a foundation for foreign employers to grasp your knowledge and abilities quickly in relation to their own country’s benchmarks. For example, an employer in the US may not understand the position and duties of a Part 1 or Part 2 architectural assistant in the UK. Explaining so in cover letters or other takes up valuable words to make a positive first impression. In contrast, the protected title ‘architect’ comes with a cross-border understanding of experience level and job capabilities.

Although registration in your home country may help you get a job, it isn’t a necessity for working abroad. Through additional exams and courses, it’s possible to validate a UK architecture education in the US, and vice versa. Better yet, the recent announcement by the National Council of Architectural Registration Board in the US and the Architects Registration Board in the UK, which recognises the significant overlap between the two countries, will undoubtedly improve cross-border working and potentially cross-border movement.

Moving your home from city to city is expensive but moving across seas is extortionate. Even with the help and support of a company, financing such a move can be a seriously stressful endeavour, especially if the route to your destined country is cumbersome. Factor in external circumstances – for me mounting oil costs, war, a pandemic – and the cost of travelling becomes restrictive.

Even after paying out on visa and travel expenses, immediate upfront costs when arriving in your new county may include first month’s rent, a rental deposit (usually the equivalent of one month’s rent), a bed and mattress (since most units – in the US at least – come unfurnished), and enough funds to last until your first pay cheque, which might be four weeks away.

The value of currency is also imperative when arriving in your new country, and later if leaving it. Based on today’s exchange rate, a person moving from the US to the UK would lose around 25% of US-accumulated savings. A decade ago, this figure would have been closer to 50%. Our increasingly volatile world – and financial systems – also present considerable risk when deciding to relocate. Many visas rely on a job, and when a slight dip in the economy triggers redundancy, the visa is likely to be revoked, you will need to leave the country, and likely suffer an immediate loss of savings when returning to a country that is no longer home. This risk cannot be downplayed.

There is a lot to gain. For me extending my knowledge of cultures and people, seeking award-winning projects by renowned architects, and being inspired by people who have carved vastly different professional paths, have undoubtedly been worth pursuing. From a grey Wales to a greyer Seattle, my personal journey to chase transatlantic exposure has been the most fulfilling life-change; one that outshines all the challenges. 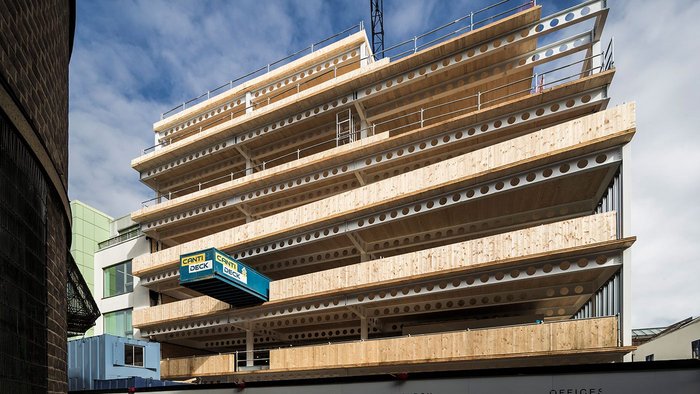 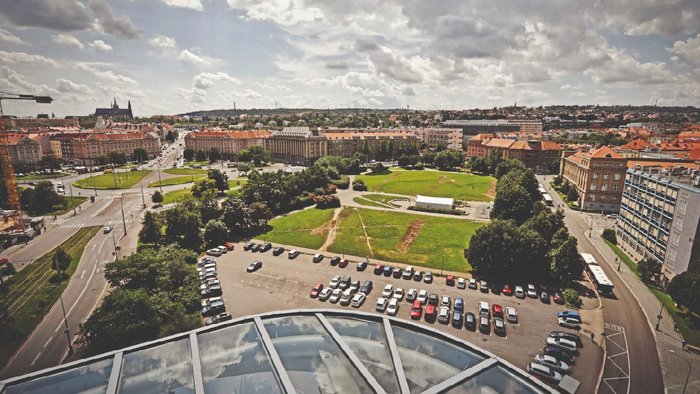