Blueprint to succeed or a war on suburbs? The New London Plan debates won support but not conviction 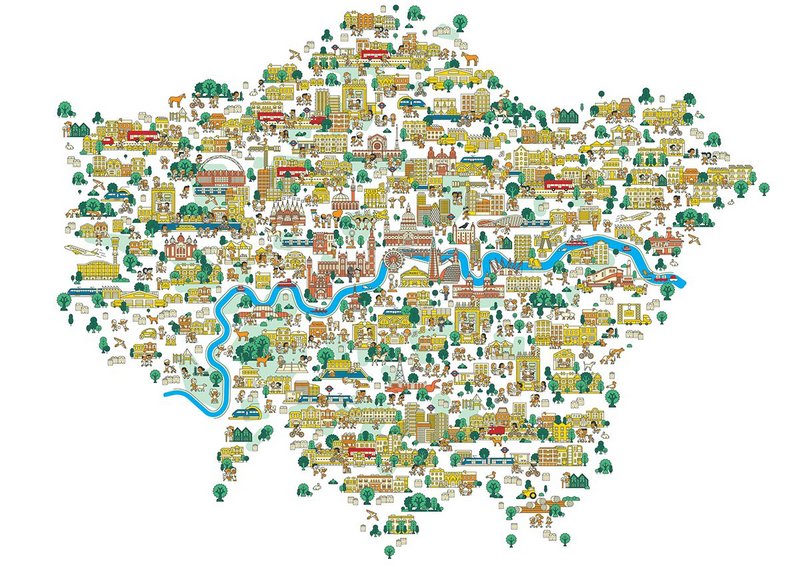 London: a map of opportunity areas

After three well-orchestrated debates, one straight after the other and lasting two hours in all, very few people’s minds were changed as to what they felt mayor Sadiq Khan’s New London Plan would or should achieve. I know this because master of ceremonies Peter Murray of New London Architecture ran a series of votes before the debates got under way, and the same series again after they had concluded. The electronic voting was fast enough to see the difference immediately – and it was not much.

So to the question ‘Do you agree with the New London Plan’s focus on densifying the suburbs?’ – one of its defining policies – the audience was 85 per cent in favour at the start, and 83 per cent in favour at the end. This slight decline was undoubtedly the result of Tory Assembly member Andrew Boff, who took part in the final politicians’ debate. Boff firmly believes that the draft plan is ‘a war on the suburbs – a war the suburbs must win’. He raised the spectre of cynical developers cashing in on suburban densification: ‘They’re going to build blocks of flats, they’re going to pack them in, and they won’t care what they look like.’ Boff favours leaving the suburbs alone and instead building a ring of ‘garden towns’ around London in what he claims is unused agricultural land.

This view goes against the draft plan which has set itself the ambitious task of building 65,000 new homes a year within London’s boundaries – without impinging on the Green Belt. Many people applaud that – not least RIBA President Ben Derbyshire, also speaking at the event, who understandably name-checked the ‘Supurbia’ densification project which he and his practice HTA have been working on for years with the Greater London Authority. Derbyshire was delighted by the huge audience majority in favour of this part of the Plan. The downside of that is that few of the large audience, packed into the Friend’s House auditorium on the Euston Road, thought that number of new homes was realistically achievable without building on the Green Belt. To be exact, 96 per cent saw it as unachievable at the outset, falling to 93 per cent by close of play.

So we are in a place where the main plank of the plan’s housing policy is supported by many of the people who regard it as essentially impossible to carry out in the numbers required – a majority of 56 per cent in another vote indicating that the Green Belt has to come into play. Somehow this apparent contradiction has to be squared. Although there were three debates in the evening – one on the plan as a whole, one on the housing elements of it, and one being the politicians’ pitch – it was in reality pretty much all about housing, with the occasional nod to industry, other employment and the environment. And here some possible cross-party alliances showed themselves. Green Party member Caroline Russell, for instance, shared some common ground with Boff regarding the suburban open space that will be built on, and the need to protect wildlife habitats. Of course the same issue would arise with ‘garden towns’ in the Green Belt. Building is building and requires land wherever it occurs – though almost inevitably less green land is needed in suburban densification than in brand new settlements built on fields.

There’s no room here to cover everything said by all the 17 panellists and chairs who took to the microphone, let alone those speaking from the floor. You can see the highlights online, courtesy of the NLA. The professionals largely came across fluently and concisely, the politicians (including Labour’s Nicky Gavron and the LibDem’s Adele Morris), less so. Better were those making the case for the new plan: at the outset Jules Pipe, deputy mayor for planning, regeneration and skills; and for housing another deputy mayor with that portfolio, James Murray. For Pipe the Plan was emphatically NOT a ‘war on the suburbs’, rather ‘a blueprint for London to succeed as a world city’. As far as Murray was concerned the 65,000 target is possible without touching the Green Belt but not without some reforms: ‘Most roads lead to land. We need to bring more land forward for housing. The land market needs to be addressed.’ Liz Peace, chair of the Old Oak and Park Royal Development Corporation, made the case for large-area regeneration (‘You can show investors your big vision and make really impressive new sustainable space’) while Jo Negrini, chief executive of outer London borough Croydon, championed her small-sites programme. Croydon is planning some 2,000 new homes across 80 sites on land already owned by the council. But, she warned, always take into account people’s feelings. ‘It’s very emotional. People are very possessive about their space.’ But her stimulus, she added, is the families she constantly sees visiting her council offices, waiting to be housed.

One thing that everyone agreed on was the need to design quality. As Claire Bennie, ex-Peabody Trust, consultant and the mayor’s design advocate, put it: ‘It has to be the best design ever – don’t just fast-track density, fast-track quality.’ Easy to say – but how to achieve it? For Bennie, it came down to strong leadership at the top of public sector organisations. As Negrini, one of those strong leaders, put it: ‘Who is going to deliver it and who is going to pay for it?’ In the end, as several speakers noted, so much of this comes down to landowners – whether that is a matter of taxation, of releasing banked land or incentivising property-owning residents to allow building on their land. In this respect the present system and the draft plan’s ambitions are at odds.