Squatters offer transformative possibilities to all urban dwelling. This thorough history and analysis of a radically different way of life pulls no punches

The Autonomous City: a history of urban squatting is ‘the first popular history of squatting in Europe and North America’. It is thoroughly researched, accessibly written and it is neither academically detached, nor does it paint a romanticised picture of the often violent and precarious experience of squatting. Vasudevan covers internal conflicts and problems, which often face such movements, as well as documenting the successes of the various struggles squatters have been engaged in.

The Autonomous City covers a wide range of squatting geographies and histories, including, in chapters 3, 4 & 5 those associated with European ‘autonomous movements’ in cities such as Copenhagen, Amsterdam, Hamburg, and Berlin, primarily from the 1970s to the present day. Chapter 6 focusses on the ‘autonomous urbanisms’ produced in Italy, from the workerist struggles of the 1950s, through to more recent occupations by students, precarious workers, and others. It also covers North American squatting movements such as those in Vancouver in chapter 7, and New York in chapter 8. Chapter 1 takes us back to ‘shantytown’ struggles in New York through the 19th and early 20th centuries. The book also links squatting with rent strikes and broader urban politics. One of the ways in which Vasudevan links squatting with urban politics is through the argument that squatters make a Lefebvrian claim for a ‘right to the city’, which is not only a right to access but also remake the city, and The Autonomous City documents the way squatters do this.

Squatters did not simply repair, they also reconfigured the buildings they occupied, creating spaces which reflected both the new purposes they were put to use for: meeting spaces, gig spaces, sleeping spaces etc. Squatters not only occupy space, they produce it

Squatting is something that has been central to my own life and political development. During my late teens and early twenties, I lived in several squatted collective houses, much like the spaces described in the book. They provided formative experiences for me, both in terms of the pleasures and pitfalls of communal living, and the development of practical skills needed to make makeshift repairs to neglected buildings – although my portfolio of such skills was admittedly rather limited in comparison to many of the examples in this book.

It is not only these very hands-on and material experiences that were important: it was the social and political space they provided, which the squatters crafted together, whether in the ‘squat cafés’ we established, or the homes created from empty and abandoned houses. I’d go as far as saying that I would not have been inspired to go to university as a mature student, let alone become an academic, if it wasn’t for radical reading groups and broader collective politics I immersed myself in during this time.

As described in the Autonomous City, the cafés and social centres over time have provided venues for overtly political and cultural events, from meetings and talks, to free parties and gigs. This resonates with the squatted houses I experienced, which were also political spaces, and the way the divide between public/private was subverted in a range of ways.

The squatting activity in this book represents a form of DIY urbanism. One of the mottos of the Berlin squatters’ movement, discussed in chapter 5, was ‘it is better to squat and mend than to own and destroy’. However, the squatters did not simply repair, they also reconfigured the buildings they occupied, creating spaces which reflected both the new purposes they were put to use for: meeting spaces, gig spaces, sleeping spaces etc. This reinvention of the physical layouts of many squats also reflected the radically alternative lifestyles being experimented with: communal living, collective self-management and so on. Squatters, therefore, do not only occupy space, they produce it.

My twenties were spent attending gigs in squatted bars and free parties in temporary autonomous zones, not dissimilar to those covered in The Autonomous City. Squatting provided freedom and autonomy in our sociability and control over our housing, which privately rented accommodation could not give us, even when we were at risk from eviction or being attacked by ‘heavies’. Vasudevan describes squatting as involving a process of ‘collective world-making’, and that is also something I can relate to. Through the experimentation with alternative lifestyles, social struggles and creation of a DIY infrastructure, the possibility of new ways of living together in cities are forged, and this is apparent throughout this book.

I and many of my fellow squatters looked to the squatting movements and centres discussed in this book as inspiration for our own activity, even if ours was on a much-reduced scale. They provided inspiration as well as concrete experiences that inform new cycles of struggle and urban reappropriation. The Autonomous City discusses the histories of these movements and spaces extensively, from the BZ movement and development of the ‘freetown’ of Christiania in Copenhagen, through tensions between ‘political’ and ‘cultural’ wings in the Netherlands, to ‘reclaiming New York’ through squatting.

Through the experimentation with alternative lifestyles, social struggles and creation of a DIY infrastructure, the possibility of new ways of living together in cities are forged, and this is apparent throughout this book

Changes in legislation and gentrification have had a negative impact on squatting in the last few years in the UK and abroad, clearing the way for what Vasudevan terms the ‘makeshift urbanism’ of the squatter movements and replacing them with the property speculation and commercialism of the neoliberal city. But squatting has not only been attacked by the state and speculators, it has also been undermined through forms of co-option. Vasudevan discusses the way the ‘makeshift urbanism’ of squatters in Berlin has been ‘captured’ and has played a ‘decisive role’ in the neoliberal restructuring of the city. The alternative practices and ‘reassembling’ of the city – what Vasudevan describes as a form of ‘architectural activism’ – took place through a combination of community design and participation. But an understanding of the city as a source of ‘continuous invention’ – developed through the squatters’ practices – has now been harnessed to the urban development policies that are heralded as ‘branding assets’ and which help to reinvent the city as a destination for ‘economic investment, marketisation and hyper-gentrification’. In turn, this process of gentrification and commodification constricts the social space of squatters, their alternative spaces and contentious politics and lifestyles.

However, despite the clamping down on squatting, the changes to the law, the gentrification and evictions, squatting continues. In the final part of The Autonomous City the author discusses the practices of solidarity, hospitality, and care being practised by new generations of squatters emerging from the neoliberal crisis. These practices range from housing migrants and engaging in struggles to defend their rights, for example in Athens, through to ‘rehousing people’ in occupied apartment blocks as part of the 15M movement in Barcelona.

Vasudevan’s book is a significant contribution to the written history of squatting movements and struggles to transform the city. It is wide-ranging and well-researched, which should appeal to a wide readership including architects, urban planners, scholars of social movements and anyone with a casual interest in squatting and urban politics. 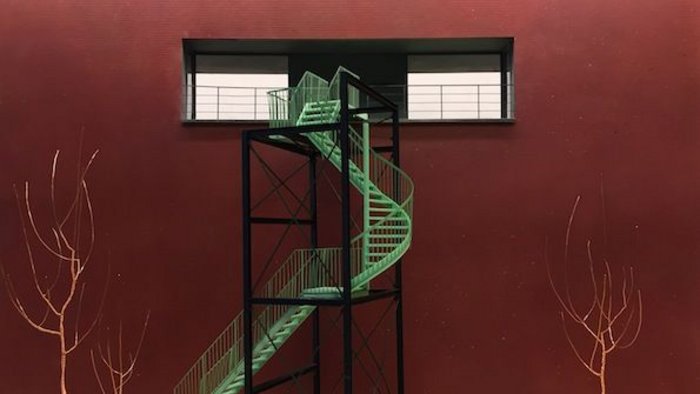