Losing many of his original drawings close to the submission deadline didn’t stop Yik Chung Boon winning the Bronze Medal for Space as the Third Teacher, a project to create an alternative classroom typology for a Montessori school in Florida.

The project explores the notion of flexibility in classroom design, concluding that ambiguous, open-ended spaces rather than wholly flexible rooms provide the best learning environments.

‘I believe true flexibility of architecture lies in how the mind relates spaces and their functions. The reconfigurability of the proposal is a tool to continuously create chances for children to use spaces creatively for learning and to create imaginative play,’ says Boon.

As part of his research, Boon visited schools in Amsterdam and Rotterdam designed by Herman Hertzberger, and also drew on his own experiences at school in Malaysia, where classroom partition walls were opened to form a space for concerts when necessary.

He proposes the idea of  ‘inside out’ classrooms tailored to the Montessori teaching approach. Shelves are wrapped around the exterior of the classroom rather than the inside. Work and play happen simultaneously outside this core in a loosely defined space created by a series of ‘architectural suggestions’ while the inner space is retained for quiet class meetings.

The core space can be safely rotated to be reconfigured as required by the children and their teachers together. This spatial approach to learning spaces has the same ambiguity and open-ended nature as that of the Montessori toys and modular furniture, which are deliberately abstract so as to abstain from serving one particular function. Instead, interpretation and purpose are left to the imagination of the children, who are empowered to make changes to their learning environment. Over time, the architecture becomes the children’s own creation as they give meaning to the space that the architect designed.

As part of the project, Boon drew a story book to illustrate the successive spaces that children will encounter throughout the school day. He also explored the concept of scale by considering how children play with dolls' houses and made a film investigating his own design for a demountable dolls' house.

Space as the Third Teacher impressed judges as ‘a project that reveals accomplished research carried solidly all the way through’. 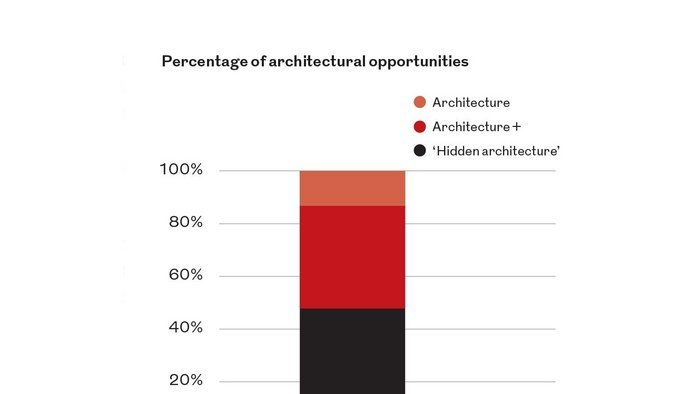