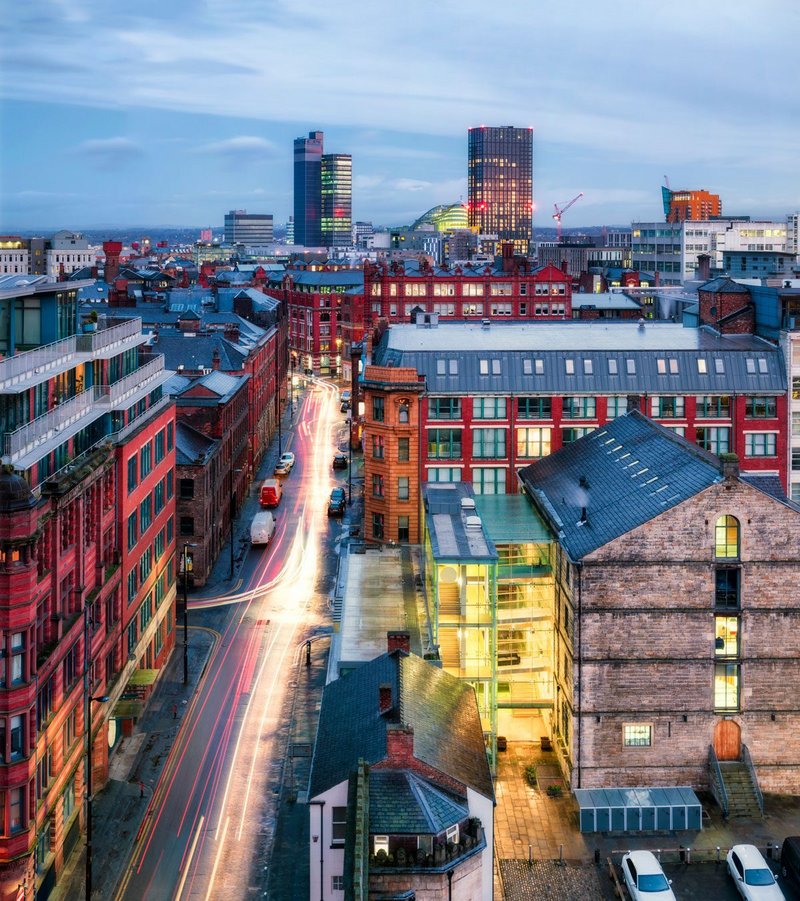 Repurposing our £3.3 trillion of existing buildings is needed even more than new ones. Credit: Istock/P Kijsanayothin

The full economic shock created by the coronavirus pandemic is beginning to dawn on the public. As the surreal existence of lockdown and furlough eases a new reality emerges of job losses, business closures and gear-grinding, long-lasting limitations to normal trade.

As soon the epidemic became a pandemic, few nations were likely to dodge a very nasty knock given today’s globally interlinked economies. Those nations handling the pandemic poorly were likely to be hit hardest. And the statistics put the UK in that basket.

It is still too early to tell what economic damage the UK is set to sustain, but international forecasts from both the OECD and IMF suggest the UK will be among the harder hit nations, as Chart 1 shows.

For construction this heralds large-scale job losses. Chart 2 shows the ONS figures for job losses in construction and losses among architects. The figures for architects may be erratic, given the small sample size, but the picture is clear. Job cuts deeper than 20% would be nothing new and that disguises the hit to earnings of those who hold onto employment.

With the market set for a battering, the future for the wider industry rests on politics. Government financial support is and will be vital. The questions are how much support the industry might reasonably get, and how it can gain that support.

State support is already greater today than for a generation, maybe two generations. The public purse supports a huge amount of construction activity, either directly or in the private sector through schemes such as Help to Buy.

If that dependence on government largess is to deepen, the task ahead is twofold. First the construction industry needs to build a solid case for heftier support. Then it needs to show how that support can create greatest value.

Fortunately, within a lacklustre firmament of UK political stars, one light has shone brighter as the troubles mounted: Rishi Sunak, the chancellor. From obscurity to a central role, his PR pitch as a PM in waiting may not be subtle, but he is winning wide approval.

Critically for construction, a central part of his economic response is a determination to retain jobs. Fortunately, unlike ‘brand Boris’, he doesn’t feel a need to pitch policies that echo political highpoints of the past.

For the nation this is good. It offers a potential life raft in a storm. It contrasts favourably with the austerity following the financial crisis of 2007-08 when an obsessively narrow focus on national debt blinded the government to the longer term, deeper benefits of construction. It creates jobs rapidly and these jobs create valuable assets for the future. This in turn improves our economy and our lives in the long term.

In pitching and repitching its case there are two key messages construction needs to reiterate. The first is that while greater investment creates an immediate benefit through job creation in areas where employment support is needed, the fruits of that labour will last well into the future. Construction is not quickly consumed; if anything it matures.

The second message is that in a recession the emphasis should be on repairing, maintaining and especially improving what already stands. Spend on new buildings and structures, but if you want to boost jobs go for repair, maintenance and improvement. The rule of thumb suggests RM&I generates about twice the number of jobs as new work per pound spent – and there is a huge backlog of necessary improvements to the built environment, which is surging as we transition towards a digitally driven, low carbon economy.

The scale of the task ahead is poorly appreciated, not least in political circles. The Office for National Statistics put the total value of the built environment at about £3.3 trillion in 2018. It is the biggest non-financial asset in the UK outside land, which incidentally derives most of its £6 trillion in value from the buildings and structures, mainly houses, that sit on it.

In 2018 ONS estimated the depreciation of the UK’s buildings and structures – through damage, decay and obsolescence – was about £160 billion. The amount invested in that year, the gross fixed capital formation, was estimated to be about £200 billion. The estimates may be crude, but the implication is clear: most investment in our buildings and structures simply makes up for what is lost in depreciation.

Looked at simply in terms of the millions of square metres of floor area of buildings in just England and Wales, as we see in Table 1, the scale is awesome. To radically reshape a built environment of that scale is a mammoth task compared with the investment we make each year to tweak and improve what we have.

In the mid-20th century, when we transitioned from an industrial to a services economy, investment in the built environment shifted radically away from industrial buildings toward offices and shops. Factories and sheds were knocked down, replaced by spanking new shopping centres, office blocks and increasingly mixed developments.

But that easy option of demolish and replace to repurpose our built environment is increasingly limited today. Our shops and offices are more substantial and embedded than factories of the past. A demolish and rebuild approach would quite rightly prompt environmentalists to highlight the vast embodied carbon in buildings. Local communities would quite rightly contest the massive disruption to their areas. And accountants would be questioning whether this was the most cost-effective way to repurpose our built environment for the future.

Put simply, the investment needed by the nation is vast if it is to repurpose the built environment to reach net zero carbon emissions and to reshape the spaces in which we live, work and play to bridge the rift in the economy caused by the digital revolution.

Even the first, relatively small, steps planned to repurpose our buildings represent major tasks. The business department, BEIS, wants as many homes as cost effective, practical and affordable to reach EPC Band C by 2035. That is well short of net zero, but the estimated cost of retrofitting those homes is between £35 billion and £65 billion. Far more investment will be needed if we are to decarbonise the UK’s 29 million or so homes.

Meanwhile, the pandemic has added pace to the transition of the economy. More digital meetings, more working from home, more digital shopping, less buying from stores. As we adjust to life after lockdown, all this happening faster than previously expected.

The need to repurpose our high streets has become more urgent and is a political priority. A rapid rise in the need for many households to increase their living space to accommodate home working seems highly likely. In many people’s minds the need to reshape and repurpose offices is a given. How we reconfigure travel remains an unanswered question.

Across a built environment worth £3.3 trillion, the scale of the challenge really is akin to rebuilding Britain after WW2, if not far bigger, with fewer straightforward answers.

The task for architects, along with planners, engineers and constructors, may seem overwhelming. For many architects this may represent the moment they have dreamed, of when the nation rallies to fundamentally reshape where and how we live. To others it may seem unrealistically aspirational.

Either way, significant progress could be made given coherent political support and funding. Importantly, and more immediate to those fearful for their livelihoods, making progress would preserve and expand the existing skills base and develop new talent that will be much needed if we are to decarbonise the UK’s built environment as part of a more sustainable economy.

The economic case is sound and simple. Buy now when a boost to employment is needed to support the economy and when resources are ready and available. Or pay heavily later when the industry once again faces shortages of the necessary skills.

Political choices, however, are seldom simple. Spending on construction will raise public debt. While debt is currently cheap to service, negative even when set against inflation, those making the political decisions need to be made fully aware of the value of investing in construction.

They need to be aware of the urgency of repurposing the built environment and how this will generate new jobs, good jobs, jobs across the nation. It will create the refreshed built environment essential in the future if we are to revive rundown communities and create prosperity and a better quality of life. There will seldom in our lifetimes be a more cost-effective moment to make this investment.

The politics of this pandemic, and politics in general, are far from sideshows for construction. Today, for construction, politics is the main event. Luckily, the politics favours a jobs-first approach to recovery in the wider context of ‘levelling up’ communities. Here construction has a great story to tell.