Multiple technological advances and an influx of funds promise a glowing future for construction. But is the industry keeping pace?

The construction industry is at a critical moment. Thanks to sector-specific innovation using digital technologies, today’s wasteful practices are about change forever. It will unify our fragmented industry, knitting together many separate systems into one.

This would-be dream – which has been called a ‘system singularity’ – has in recent years ramped up to a must-have need. Ageing infrastructure, growing populations, urbanisation, housing crises, and, especially, climate change (and other environmental threats) all place a huge burden of expectation on the construction industry.

The market is not moving fast enough to meet this need so governments are trying to force the change. For example, Japan has a Smart Construction initiative, and Sweden, a Smart Built Environment programme. The UK equivalent is the Transforming Construction agenda, with its Construction Innovation Hub executive and seed-funding for everything from academic projects, R&D, and demonstrator projects. Putting its money where its mouth is, it has a presumption in favour of offsite construction across five major government departments, and has recently appointed Mark Farmer, author of the influential Modernise or Die report, as its modern methods of construction (MMC) tsar.

WHAT IS THE SINGULARITY? The technological singularity is a hypothetical future point in time at which technological growth becomes uncontrollable and irreversible, resulting in unforeseeable changes to human civilization – Wikipedia

Concurrently, the venture capital community has started a gold rush. According to the Wall Street Journal, investment in ConTech (construction technology) totalled over $4.3 bn in the first half of 2019, blurring into the no-longer distinct PropTech, which attracted $14bn in the same period. With the global construction industry forecast to be worth in excess of $24 trillion in 2021, and productivity gains of 40% possible  from digital tech, that fever is only going to increase.

At heart, the singularity is nothing more than a route to industrialisation. This is a journey other industries – automotive is the favoured example – started many moons ago. Construction has resisted not out of truculence but because, as the industry that underpins all industries, change is extraordinarily difficult, made all the tougher in the knowledge that it must address incoming global risks.

The devil is in the detail, but ultimately it is all about highly automated design, maximum standardisation, efficient and quality-assured translation from digital to physical (and back again), and setting up robust data and materials feedback loops. Closing the loop is critical for long-term value. It validates solutions, facilitates machine learning and AI, and informs triple-bottom-line improvement.

Seductive at first glance, this vision has its detractors. Paul Karakusevic of Karakusevic Carson Architects, for example, recently damned volumetric modular homes – one of the fruits of the transformation – as ‘crude’, ‘over-scaled’, and a ‘blight’. Cany Ash of Ash Sakula dubbed the direction of travel a ‘religion’ that fails to take in ‘the complexity of building places’.

Not all it’s cracked up to be?

Professor Stuart Green from the School of Construction Management and Engineering at Reading University, is similarly sceptical, but for other reasons. The current agenda is ‘over-hyped’, he says, with effectiveness ‘forever subordinate to narrowly defined efficiency’, with ‘direct material consequences for long-term sustainability and societal wellbeing’. Among its unintended consequences, he argues, is that MMC makes buildings less adaptable over time, de-skills communities, and does nothing to make housing more affordable.

Jane Burry, dean at the School of Design at Swinburne University of Technology, Melbourne, Australia, and co-chair of the Fabricate conference due to take place at UCL in April 2020, sees industrialisation as a driver for public good. She concedes, however, that anything that makes building more streamlined might simply encourage us to build more or replace faster without due concern for the triple bottom line. As she says, ‘There’s been a lot of hype around the Google incursion into the construction industry. It will only want the low-hanging fruit, the straightforwardly deliverable buildings. It’s not morally bound to design the whole city for us.’

Even if these fears are misplaced, the dreamed-of future faces some pretty stiff obstacles. While the technology is forging ahead inastonishing ways and at breakneck pace, its adoption is slow and thinly distributed because dyed-in habits and ill-suited processes stand in the way.

That’s the polite way of putting it. Kelly Cone, vice president of industry strategy at ClearEdge3D, is blunter. According to him, the industry is in a serious mess: ‘And 95% of that weird, nasty, adversarial S&M stuff we live with day-to-day as our normal operations in this business comes from our contracts.’

We fear taking on uninsured risks. We agree to produce unnecessary deliverables despite their patent inefficiency. We resist efficiency because it might eliminate the variations that allow us to turn a profit.

Emma Hooper, information management specialist with Bond Bryan Digital, not only recognises the problem but has seen the solution: linking contracts with integrated project insurance. In a past life she worked on the first ever such contract managed by IPInitiatives, and it was revolutionary. ‘You need a whole new framework with the right people at the right time, with the right motivation and information management structure. Only then can you reap the benefits from plugging in the tech.’

David Miller of David Miller Architects, well known in the industry as a BIM adoption guru, agrees that contracts just aren’t keeping pace with technology. He also identifies fragmentation as a major barrier to the kinds of value-driven, sustainable future we want. Despite years of Soft Landings, architects never meet facilities managers, he says, and only rarely meet the contractors, meaning that there is no ‘continuity of information’.

None of this is news, but pressure to change has come to a head. The Construction Leadership Council’s 2018 Procuring for Value report, backed by the government of the day, called for ‘an outcome-based, transparent, and efficient industry’ and said the Construction Sector Deal would not be possible without procurement reform on the basis of whole-life value and performance.

On balance, the stars do appear to be aligning. The great imponderable, however, is when. Jane Burry reflects that systemic change is slow. ‘These new experiments may only be realised in another 100 years. If Corbusier or Mies walked into a contemporary city, they’d be likely to say, “I see you finished what I started”.’

Jamie Johnston, head of global systems at Bryden Wood, a practice heavily invested in the Transforming Construction agenda, is much more optimistic. ‘With BIM and super-planned design and manufacture it’s different. That’s not wild speculation; that’s next year.’

David Miller is somewhere in between. ‘After all,’ he says, ‘We thought that design information would be automated by 2010, but we still have to fight with that!’

The future is always distributed and uncertain. If it happens at all, the‘singularity’ is likely to be gradual and incremental, ­requiring considerable change in skills, composition and business models, but is ­nonetheless manageable.

The threat, of course, is that it happens all at once. As Graham Harle, global CEO of Gleeds, said recently about the need for R&D, the great danger is that a giant digital tech behemoth armed with big datasets, AI, and almost limitless processing power, does for clients ‘in 24 hours’ what might take Gleeds six months. That’s a paradigm shift that few in the construction industry as a whole, let alone the architectural community in particular, could compete with.

The proposed singularity mirrors the future plotted in the book The Future of the Professions, by Richard and Daniel Susskind, which predicted the professions’ obsolescence through routinisation, automation, and mass customisation. That appears to be happening.

David Miller stresses the need for architects to ‘get out of their own little bubble’ and think of themselves as part of a much bigger built environment system. ‘The danger is that the profession does not realise that it is all connected.’

Jaimie Johnston concedes that there are ‘no signposts’ and that architects are all ‘explorers in the wilderness’. He advises practices to find the headspace to ask, ‘If you knew everything that we currently know about technology, manufacturing and automation, what would you do with it?’ 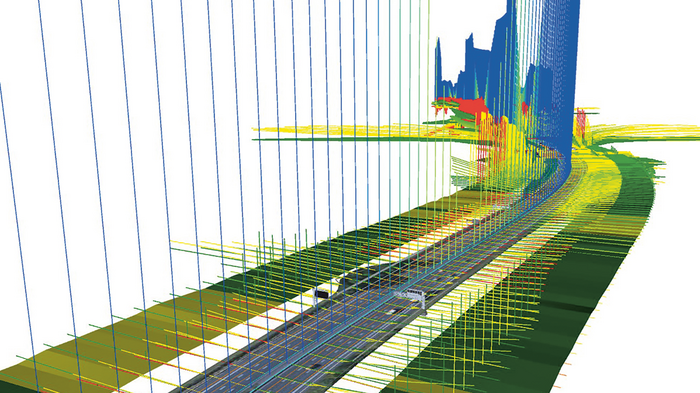 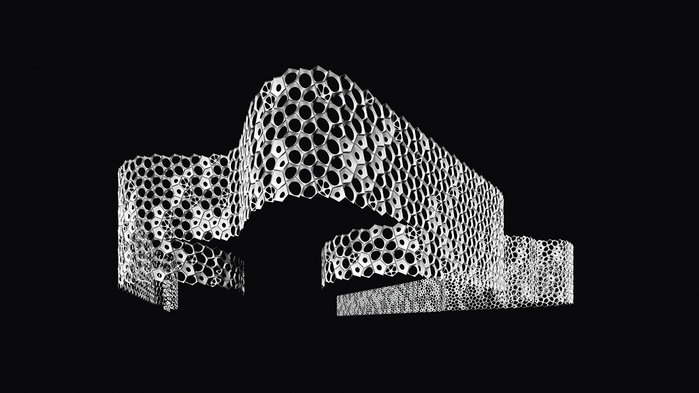