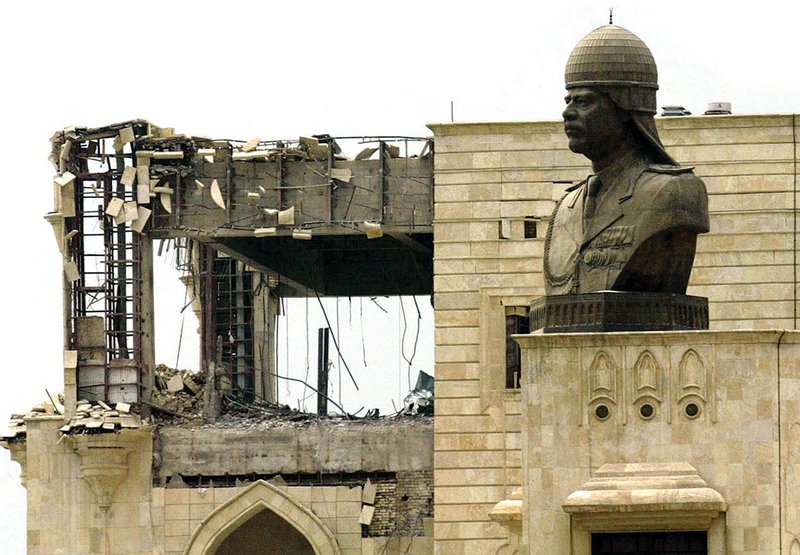 One of the numerous statues of Saddam Hussein that once populated Baghdad.

Zeina Al-Derry’s dissertation investigates modernity and identity in Baghdad. The text looks at the historic city’s modernisation in the 20th century and considers how, at a time of great upheaval, it can re-establish its architectural legitimacy in a way that is meaningful to the local population.

The dissertation looks at the traditional courtyard house – two-storeyed, inward-facing with an emphasis on hospitality and privacy – that formed the basis of the city’s urban fabric. It considers how, amid the last century’s westernisation of Baghdad society, this was largely superseded by residences with greater transparency, designed in styles copied from imported catalogues.

The text investigates the attitudes of international modern architects to Baghdad as well as leading Iraqi architects such as Mohamed Makiya and Rifa’at Chadirji , who synthesised traditional and international avant-garde style into what he called a Regionalised International Architecture.

A further section discusses the propaganda-fuelled architecture of Saddam Hussein’s Ba’athist regime. Prolific physical manifestations of totalitarian power included the Victory Arch and Saddam International Tower, which dominated the skyline. Baghdad, says Al-Derry, was ‘a city of architectural chaos and damage’ by the late 1990s.

The dissertation concludes by considering the post-Saddam challenges of finding a new architectural identity for Baghdad.