Now BDP has finished its rapid transformation of London’s ExCel Centre into the Nightingale Hospital for coronavirus patients, Hugh Pearman updates our story and talks to Architects for Health chair Christopher Shaw about the NHS design guide underlying the new emergency wards 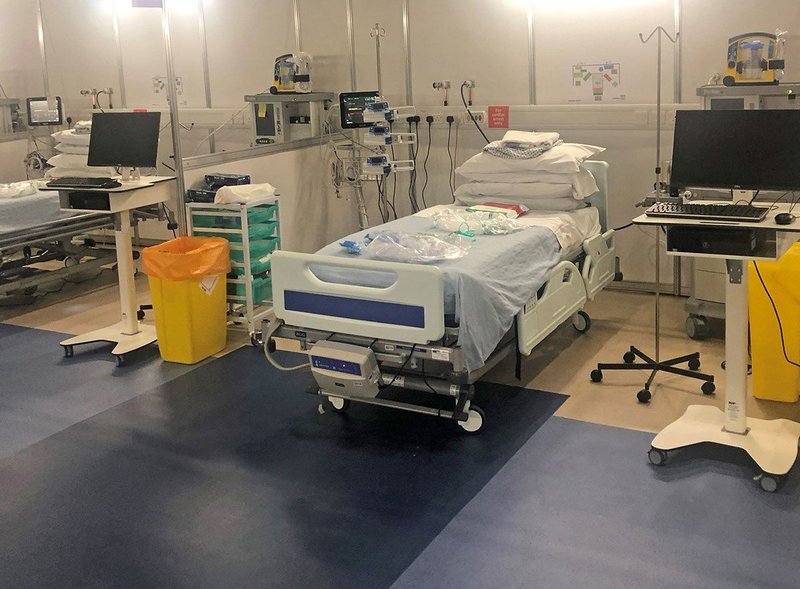 There has been much praise for the way that London’s vast ExCel exhibition centre has been converted with military efficiency into an emergency Covid-19 hospital with a maximum capacity of 4,000 beds. Multi-discipline practice BDP worked in a large rapid-deployment team of consultants contractors and the Army to complete the first 500- bed phase of the newly-named Nightingale Hospital, run by the Barts Health NHS Trust, in just nine days. Further phases of work week by week are carefully isolated from the already-operational parts of the hospital so as to safeguard the workforce.

BDP stated during the intense first phase of the Excel work: ’The rapid build of the NHS Nightingale Hospital at London’s Excel Centre is being achieved through the relentless determination of the military and all the multi-disciplinary teams on site.’

BDP’s own team was led by James Hepburn and Paul Johnson – the former a building services principal in the practice, the latter an architect director.

While in the thick of this Hepburn himself posted on social media: ‘I am a bit broken after six crazy long days helping deliver the NHS Nightingale Hospital London. BDP are very proud to have architects, engineers, designers and planners working collaboratively with talented teams from different organisations to deliver something incredible. Anything is possible!’

The practice quickly decided to make its experience available to all. It says: ‘The bed heads and service corridors were constructed from a component system that is usually used to construct exhibition stands and there was some simple reinforcement to allow services to be fitted to the walls. Minimal building intervention enabled maximum use of the building’s assets.

‘Clinical flows determined the circulation strategy within the building. The wards are linked with a temporary tunnel across a boulevard which allows connection to the diagnostics area. Staff move from the boulevard to and from the ICU wards via the don and doff rooms, allowing PPE to be donned and doffed, which is key to infection control.’

Some privacy - though not much - is provided by using another exhibition-stand technique: tensile fabric over light metal frames, braced where they link at the rear. They are simple and unassuming. All bed bays have oxygen and medical air supplied. ‘Resilient power, medical gases and quickly constructing the huge number of bed bays are the key challenges,’ said Hepburn. Other than the neatness and efficiency of the bed bays with their services and the ultra-logical linear layout, the only other visible ‘design’ element is the flooring, where variety is provided over the huge expanse in broad coloured strips of standard hospital-grade vinyl. Crucially for the speed aspect, design and construction proceeded in parallel.

Now BDP has produced what it calls an ‘instruction manual’ for such places for anyone to consult. Taking the form of a poster downloadable from the practice, it sets out clearly and diagrammatically everything that it has done at the Excel Centre: findings that will be largely applicable to any such emergency hospital. BDP has now been commissioned to design the Harrogate Nightingale hospital.

Meanwhile another leading practice, Medical Architecture, had drawn up the NHS’s Covid-19 ward design guidelines just before the Nightingale started on site.

According to Christopher Shaw, senior director of the London and Newcastle based practice and chair of the 500-strong Architects for Health grouping, the task was to increase the number of acute beds nationally from around 9,000 to around 30,000, in three to six weeks. Advised by UK-wide public health officials he wrote an 18-page guidance note as to the facilities and services to provide, aimed at existing hospitals but applicable more widely. 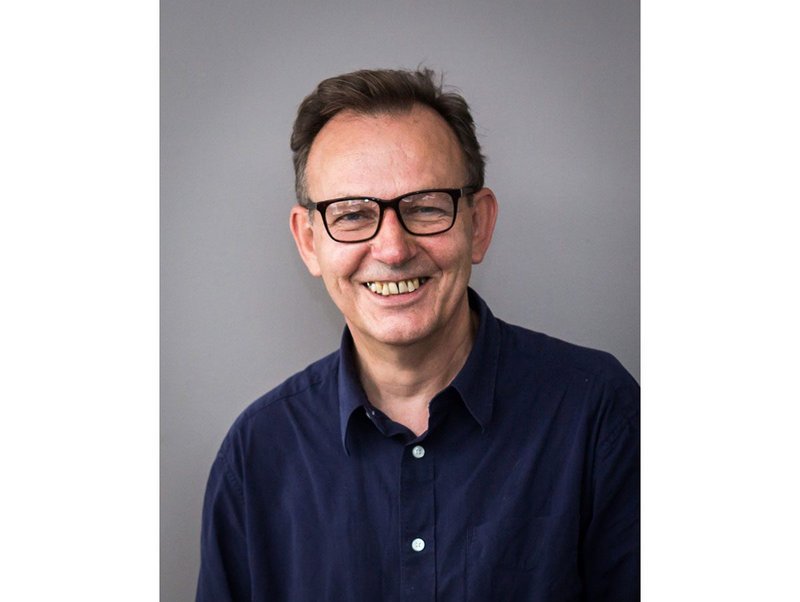 Christopher Shaw, chair of Architects for Heatlh and senior director at Medical Architecture.

Shaw had been working for some years not only on designing actual hospitals and other healthcare buildings, but also on the background planning of hospital infrastructure on behalf of the NHS and overseas health systems. Then Covid-19 hit our shores. ‘I got a call from NHS Improvement England, to work with Public Health England on what an appropriate response might be.’

That was early March. It is surely concerning that this call did not come much, much sooner. Anyway, suddenly it was all hands on deck. ‘That led to our piece of guidance on ward design being produced very rapidly,’ he says. ‘We started on Monday, first draft by Wednesday, it went out nationally on Friday and to all the devolved nations on Saturday morning.’ It was officially published on Sunday 22 March. Prince Charles opened the Nightingale Hospital on April 3 – a few days after his own recovery from the virus.

Says Shaw: ‘The effective treatments that they have seen in China and in Italy have largely been around getting oxygen into patients. That was the basis of the work that we did. So the first issue is – where do you get oxygen from?’

Existing hospitals with their access to supplies were obviously considered first. That led to diagrams of beds, workable space around beds, descriptions of equipment needed. Per patient, it amounts to 15.5m2-16.5m2, depending on configuration. Basic, necessary stuff. BDP’s bed layouts in the Excel Centre are of these dimensions.

The making of the emergency wards started in existing hospitals, says Shaw, then immediately moved on to a second wave in places such as Excel. The original assumption, he says, was that hotels were going to provide most of the bed spaces. But that changed. Hotels and student accommodation are now used for staff.

Exhibition halls are of course not equipped or staffed for healthcare. But the task is mostly to handle patients with acute respiratory problems, so a common approach can be applied. ‘You have to get the right workforce to those locations,’ says Shaw. ‘You will need oxygen cylinders and ventilators. Intubation, because a lot of it is about getting tubes into people to squirt oxygen into their lungs. And because you are creating an atmosphere enriched with oxygen, in a place which maybe does not have a perfect electricity supply, with very combustible people in it, there are engineering safety provisions around that.’ Adequate ventilation for a start.

Nightingale principles apply, he says: her field hospitals of the Crimean war are still cited. ‘You have to have a clean end and a dirty end, getting goods and materials in at one end and getting rid of waste materials at the other. You need sanitary facilities. And importantly, you need to have a way of keeping the staff cheerful, because this is not a very nice thing to have to rock up to every day and night. You need de-stressing, individual facilities that value people. These are the people who are making the difference. You really want something like business class lounges for them.’

And finally: don’t expect any of the resulting emergency wards to be pleasant. ‘You can see what they’ve done in Milan and Madrid where they have these big conference centres and have converted them. It’s not nice. There are thousands of beds with very ill people in them. It’s not a therapeutic environment at all.’

Throughout, Shaw has been guided by the clinical advice and hospital design regulations and sees his role here as purely pragmatic, not creative. ‘There’s remarkably little architectural theory that has gone into this,’ he concedes. ‘Not that I don’t care about that, I do. But you have to use your skills as an architect in a variety of ways. One of the interesting things about this profession is the nooks and crannies, and this is definitely one of those.’

Architects are sometimes criticized for being concept-driven aesthetes with a tenuous grasp of practicalities. How wrong that view now appears: the profession’s response to this national emergency has been rapid, collaborative, and very effective.

More on coronavirus and architecture 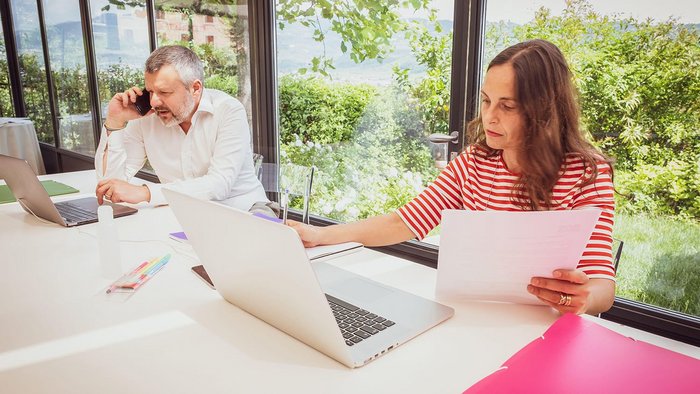 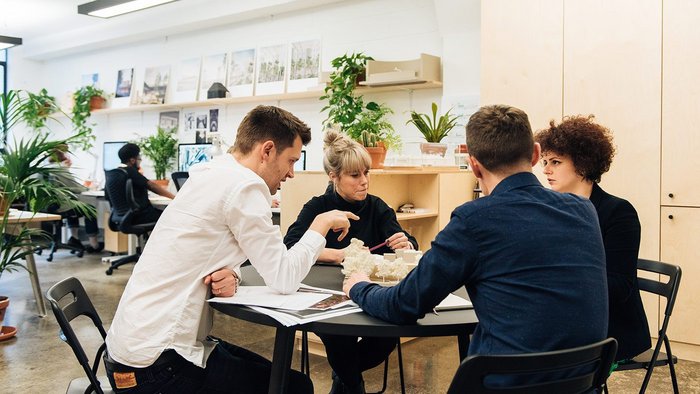