Fire and smoke spread in concealed spaces within buildings can present both a life risk to occupants and fire-fighters, and cause widespread damage with extensive, difficult, and expensive clean-up and re-instatement. In some cases, smoke deposits (and their odour) cannot be adequately removed and buildings have had to be demolished.

Concealed spaces of roof voids and fire spread within them is being investigated by BRE Global. Initial studies show salutary lessons about the effect of poor compartmentation from real fires.

This follows a 2010 Department for Communities and Local Government (DCLG) research study on fire compartmentation in roof voids of residential buildings, which found that it is common practice within the industry for limited details to be included within the building regulations application. This puts the onus on the building contractor to ensure the correct detailing which increases the risks of errors and omissions.

There were six main issues of note.

First, in seven of the cases the junctions of the compartment wall with the roof were either not fire stopped or the fire stopping was inadequate and not continued to the roof. Three cases had effective compartmentation in the roof voids which prevented fire spread throughout the void.

In five cases mineral wool in wire netting was used as a roof space cavity barrier but was inadequate – mostly due to holes in the barriers. Push-fit cavity barriers were installed in three cases but moved after construction was completed (or poorly fitted in the first place).

Further guidance is available from the NHBC (BC Design Standards Part 7 Roofs – Chapter 7.2 Pitched roofs) to resist fire spread at the junction between roofs and compartment or separating walls. The NHBC guidance requires the junction to be fire stopped to prevent fire, smoke and fire spread from one compartment to the next across the wall.

Although specialist information on fire stopping is available through the Association for Specialist Fire Protection, the particular detailing of compartmentation within the roof spaces of residential buildings is often left to non-specialist construction staff. Standard details, such as spandrel panels used in timber frame construction, provide a simple means of achieving the required level of fire resistance but do not account for fire stopping around any eaves cavity or the difficulties of providing fire stopping to the underside of the roof covering.

Approved Document B is the main source of guidance and information for those involved in specifying and providing compartmentation. The particular issue of the detail at the junction between a separating wall and the roof in relation to preventing fire spread between dwellings was covered by the BRE Housing Defects Prevention Unit in Defect Action Sheets 7 and 8. Further information was provided on cavity barriers and fire stops including cavities within roof spaces, in BRE Digests 214 and 215.

The fire protection of concealed spaces is of prime importance because any deficiencies in installation and materials are not readily apparent and may quickly be covered over. Inadequacies in such fire protection cannot be seen by the building users and will only become apparent during the very time that their effectiveness is required – during a fire.

Compartmentation in roof voids is a particular issue for hidden fire spread.

There is a clear and demonstrable need to ensure that buildings are designed and constructed so that the unseen spread of fire and smoke within concealed spaces within its structure and fabric is inhibited, as required by the Building Regulations. There is adequate guidance available to allow this.

The biggest issue remains that of quality of construction and how to resolve it. The research presented here and supported by the case studies shows that poor workmanship with inappropriate materials are the main reasons for the inadequate protection of concealed spaces.

The research on which this article is based was commissioned by the Department for Communities and Local Government (DCLG) and carried out by BRE Global. Any views expressed are not necessarily those of DCLG, with whose permission the article is published.

The authors all work in BRE Global Fire Safety or Fire Investigation.

The fire started in a small section of a flat roof of one apartment block, ignited the sarking felt on the adjacent pitched roof and moved into the roof void. The fire spread within the roof space over three apartments, bypassing two compartment walls. Eventually, it spread into the roof void of an adjacent block, again involving three apartments and bypassing two compartment walls. The compartment walls were constructed from concrete building blocks. However, it was clear from the scene that no attempt had been made to fire-stop the junction between the walls and the roof as detailed in Approved Document B.

Fire broke out in one of the flats on the top floor of a four-storey apartment block. It spread out of the window and into the roof void through the roof eaves soffit to destroy the entire roof area. This was a new pitched roof over an existing flat roof formed from a concrete slab. For this reason, the roof void could be considered to be a single compartment and separation would be necessary to maintain the maximum distances of cavities rather than specifically to maintain compartmentation. Separation was provided in the roof space at approximately 15m intervals, comprising mineral wool and chicken wire curtains held in place with metal bars fixed to the timber trusses. The separation in the roof space clearly did not perform as intended. The poor state of the compartmentation in the roof space had been highlighted in a previous report following a fire on the same estate.

The fire is believed to have been started by a cigarette discarded in wood chippings in flower beds arranged around the outside of a three-storey block of flats and in contact with the external wall. The fire spread from the wood chippings into the cavity of the external wall via a plastic air brick providing ventilation to the cavity situated beneath the suspended ground floor. Cavity barriers in the external wall cavity were either missing or poorly fitted. The fire spread up the cavity to the roof of the building, causing significant structural damage to the roof and accommodation storeys. A combination of fire-fighting and effective compartmentation, both between compartments and within the roof space, prevented more extensive fire spread within the building. 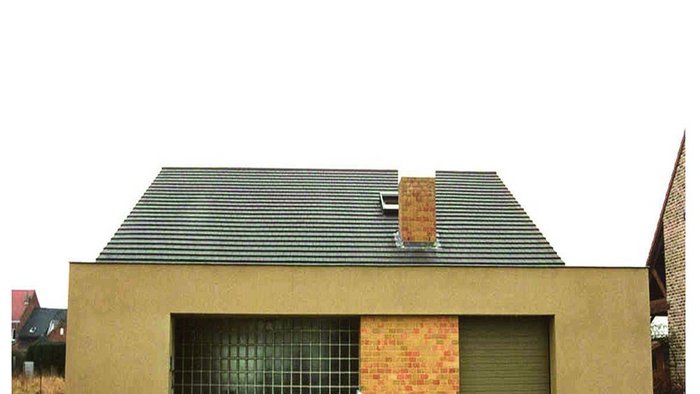 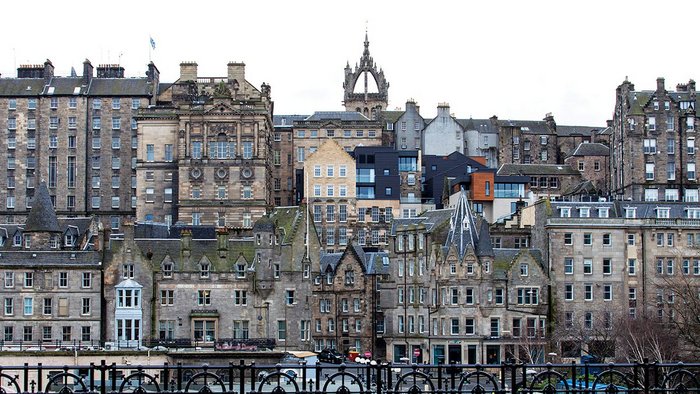