A design-led practice without a design policy? Glenn Howells has filled the gap with his CLEAN philosophy 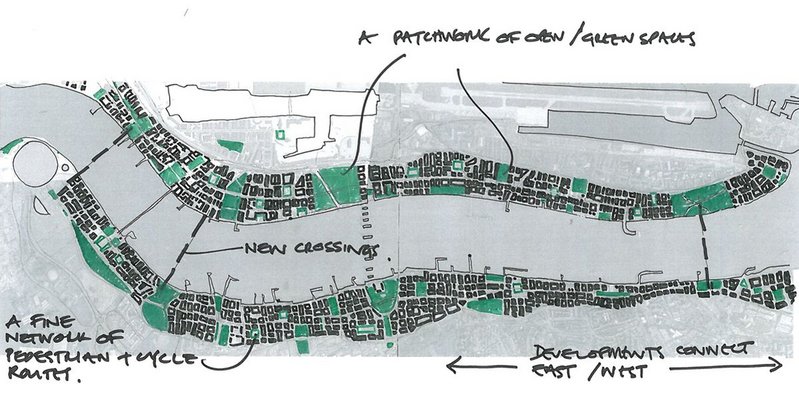 Avoiding the values of the word 'sketch', Howells like to refer to doodles, a way of trying out options without being too precious. Royal Wharf, east London. Credit: Glenn Howells Architects

A couple of years ago Glenn Howells spotted a gaping hole in the practice. Amid all the policies and procedures a modern architectural firm has to have, there was nothing about design. ‘We have to write policies on everything else, like modern slavery, but the most important thing was not there,’ he says.

For someone who built his practice on a belief in design, that gap had to be stopped. ‘I only ever wanted to design buildings that were brilliant and take people to see them,’ he says. Many of the buildings are award winning. Gloucester Services, the Stihl Walkway at Westonburt Arboretum and the Remembrance Centre at the National Memorial Aboretum all won RIBA National Awards for Glenn Howells Architects, while the Savill Building in Windsor secured it a place on the Stirling shortlist in 2007. (‘Loss leaders,’ Howells confirms.)

With offices in London and Birmingham, the 150 person practice has long relied on mid density urban housing and commercial schemes for most of its work, plus an increasing number of masterplans including London City Island in east London – currently being built out – and Birmingham’s Eastside in preparation for HS2.

Howells had also been concerned to ensure consistency across the practice, not least for its stable of repeat clients, some of whom have been with the practice for 20 years.

So he came up with CLEAN: crafted so it works at the smallest scale and the largest; lean in that each component should be working hard in a number of ways; elegant; appropriate and specific to its place; narrative with a story that drives the projects at every scale. Despite the acronym elegance comes last. Only after everything else is in place does this become the goal. ‘If you start with that ele­gance you short circuit the rest. You are just designing Instagrammable architecture,’ he says. He writes in the office manual: ‘Design is not something you apply, it is revealed.’ 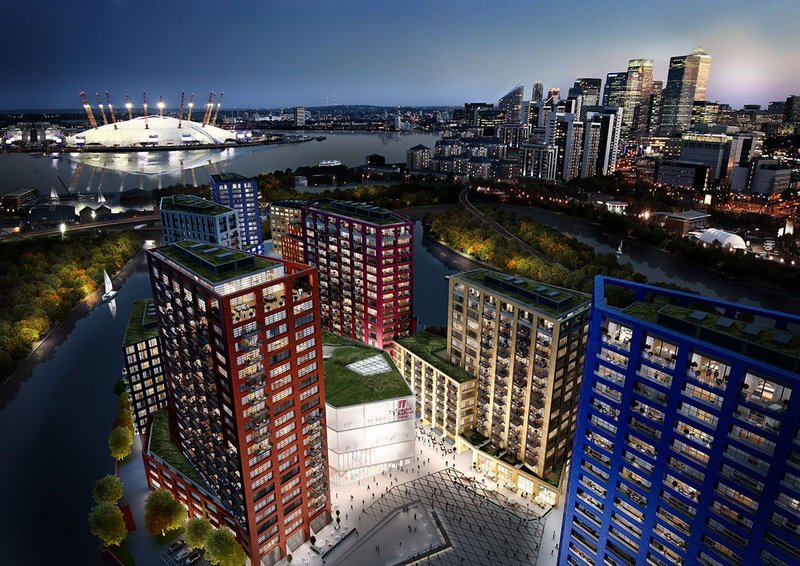 Howells laughs that his acronym stands out like a sore thumb in the manual. But it is used throughout in formal and informal design reviews. On Tuesday it is Birmingham design review, examining cladding options for a piece of HS2 infrastructure, testing that it fits the narrative, that the components are lean and working hard at all levels dealing with safety, structure and architecture, that there is nothing superfluous. ‘Our buildings are quite simple,’ he says. ‘It is all about how they are put together.’ This internal testing uses the practice resources of five modelmakers and five visualisers. Design review includes a wide variety of senior architects. Howells is excited by the fresh ideas that younger architects bring and knows that interrogation before they get to the client helps build confidence. ‘And there is nothing worse than presenting an untested option to the client because then you are out of control.’

Offices and superconnectivity don’t always bring the best ideas and design to the fore, so the manual also offers some tips: be quiet; be clear; don’t always use a computer, your best computer is your hand and eyes; build up your knowledge of interesting things and ideas. Howells favours the quick work of sketching and models for options. In the London office in Fitzrovia, drawings are spread over high lunch tables as one architect goes over them resolving details at scale. Howells himself builds in a quieter day on Mondays for sketching and exploring ideas and new opportunities. Over the years of shuttling between Birmingham, where he lives, and London he has found the train a refuge for concentrated work. He sketches in layers in Adobe Sketch using Apple Pencil on his Ipad. It beats his old way of laying tracing paper over a pdf, drawing then photographing it before sending it back to the office. It even syncs his layers. 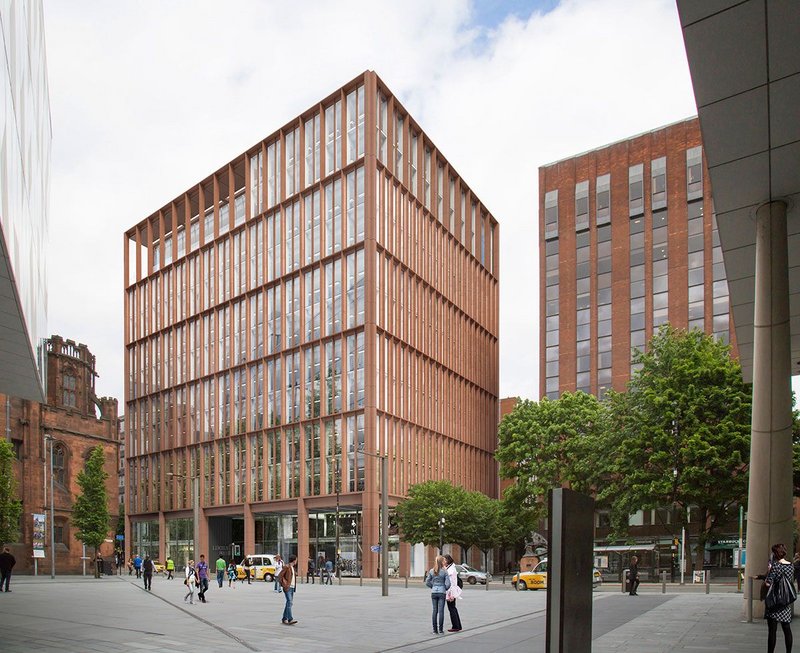 Howells still sees his practice as small and crafted. Here at 125 Deansgate, in central Manchester, the terracotta cladding demonstrates some of the practice thinking around lean design. Credit: Robert Parrish

There is a lot of traffic between the offices. Daily in the case of senior staff, to give consistency and ensure it feels like one team, and over careers for young architects who might move to the capital to see the action, then back to the Midlands as they start families. When the Birmingham office was first established in the nineties, it caught a moment in the city when there was interesting work. And it has carried on being a good base for northern cities too: the practice has major projects in Liverpool and Manchester as well as Selly Oak and Wolverhampton. Its reach is significant, with clear clusters of projects in these urban areas and Gloucestershire and the same client names popping up again and again. Some are more obvious, like the Westmorland family who commissioned Gloucester Services and now a head office, while others are individuals who have moved around professionally, taking Glenn Howells Architects with them.

The other obvious value of having a Midlands office is cost. In Birmingham an architect’s salary can afford you a family house in walking or cycling distance of the office; in London Howells sees an exodus to Hertfordshire. In Birmingham the 35,000ft2 office is double the size of London and so is the space per person. This means the floor of visualisers, modelmakers and BIM experts makes sense. But in some respects the two offices mirror one another. They are both open, light workspaces. And both are within spitting distance of old fashioned, unpretentious pubs – another important part of building office culture. It is not an exact science. ‘I am not saying we have got it nailed,’ says Howells. But 30 years into the job, as friends talk of retirement, his dream is retiring to do projects, working with trusted colleagues and spotting other people’s brilliant ideas. Though he wouldn’t claim to be a businessman these are the dividends of creating your own practice. ‘Designing a building is great, but building an organisation with shared intelligence is even better.’