Architects are gaining cautious confidence about a post-Brexit future. One way to protect your practice is to seek clients abroad

In a Brexit debate short on facts, here are some from the RIBA’s recent member survey on the issue. Nearly 70% of respondents see the referendum outcome having a ‘negative’ or ‘somewhat negative’ impact on them as architects. About 10% see it as ‘positive’ or ‘somewhat positive’ (this is roughly the proportion of people who responded from outside the UK). Sixty percent have seen ‘projects delayed or put on hold’; 40% have seen an ‘increase in the cost of materials needed’; 35% have seen ‘projects cancelled’, and a similar number have seen ‘rising construction costs from contractors’.

Despite that, practices’ workload cliff-edge is still comfortably distant, and architects are daring to hope. The latest RIBA Future Trends survey shows that confidence is growing again, with what Adrian Dobson, RIBA executive director members, characterises as ‘cautious optimism’.

Thus, reports of Brexit-triggered Archigeddon appear to be somewhat exaggerated. Look at the broader economy. Indicators are confoundingly upbeat. The fall of sterling has seen the FTSE surging ahead, meaning investor confidence is strong. The government has recently confirmed the extraordinary GDP contribution by the creative industries, of which architects are a part, raising expectations that they might enjoy some special protection in forthcoming negotiations. And to the relief of the huge number of non-UK EU architects working here, the House of Lords is trying to stop their status becoming a bargaining chip. 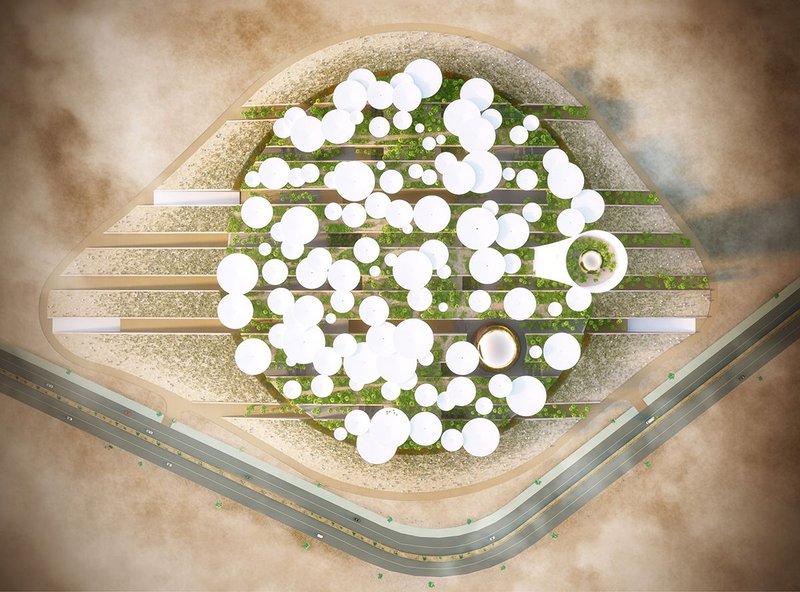 Of course, it is early days, and there is a suspicion that these encouraging signals are sheep in wolves’ clothing. Chancellor Philip Hammond’s spring budget statement betrays a government battening down the hatches for tough times ahead. There might eventually be a net benefit in deliberately distancing ourselves from our closest rich trading bloc, but that it will fully compensate for Brexit’s compound negative effects is hard to believe.

So, how should architects react? For the majority of practices, the machinations of Westminster and Brussels seem impossibly far removed from, for example, designing house extensions in rural Cumbria. It will be hard for them to resist the temptation to lie back and think only of their little patch of England, Scotland, Wales or Northern Ireland.

Chris Bryant, director at alma-nac, sympathises. As chair of the RIBA’s Small Practice Group, he recently attended a Brexit consultation roundtable at the Department for Culture, Media & Sport (DCMS), and so speaks with some authority. For him, the effects on architects are still mostly indirect and hard to discern. ‘It’s difficult to untangle post-recession effects and natural cycles of the economy from what is Brexit-specific,’ he says. ‘We probably face bigger immediate challenges than Brexit. When it does strike, though, we’ll pick it up as part of the day-to-day vigilance needed to run a business.’

Bryant is equally level-headed about the 25% of the architect workforce who are non-UK EU nationals. Brexit is of course a major threat to foreign EU students and professionals working here. Losing them would shrink the talent pool currently available to UK practices, identified by 80% of RIBA members as vital to the future success of UK architecture. But while this contingent is understandably skittish – 40% have considered leaving the UK – they are prepared to wait and see. Bryant concedes, however, that but for the weakened state of some European countries’ economies, there might well be an exodus.

We probably face bigger immediate challenges than Brexit. When it does strike, we’ll pick it up as part of the day-to-day vigilance needed to run a business

Practices doing commercial or public work are more likely to feel the heat. Since these clients and their investors are to a degree speculating, they are twitchy about the weft and warp of the macroeconomic picture. For these practices, the need to act is more urgent. At the recent RIBAJ-organised AluK debate, Lorraine Stoutt Griffith, associate director at Twelve Architects, reported that several projects were put on hold ‘because the clients were struggling to find external investment’. Her practice is guarding against possible future volatility by looking to diversify.

The trouble is that Brexit is a fog of unknowns. Worse, it will only resolve by the summer 2019 at the earliest. With the government playing its exit negotiation cards close to its chest, the foundations for making sensible contingency plans are shaky. Clients and investors can turn their coats overnight. Political will can evaporate at the drop of a hat. Skills can drain away faster than we can replenish them. In this precarious atmosphere, business planners’ options are shut down. It looks like they are forced to play an agonisingly slow game of second-guessing and bet-hedging.

The RIBA wants to believe Prime Minister Theresa May when she says there is more to life than membership of the EU. In a recent position paper, Global by Design, it makes the case for maintaining and strengthening the UK’s status as a £4bn a year global hub of architectural excellence and innovation. It identifies five critical priorities (see below).

Knowing where to put your eggs is far from easy, and so the RIBA has chosen an optimistic approach across a wide range of issues. It would indeed be nice to open up new markets to architects while maintaining existing arrangements with the EU. Equally, loosening the public purse-strings to rebuild infrastructure makes a lot of sense, and perhaps the government will throttle back on its austerity drive to do so.

If clients stop coming to UK architects post-Brexit, then perhaps UK architects should go to clients. Some practices are doing this already. The last RIBA business benchmarking survey showed that chartered architects generated £474m in exports in 2016, a rising trend. The Brexit survey found that 20% of respondents were planning to increase exports. Weston Williamson, for example, has won substantial work in Egypt, Dubai and Australia since the referendum.

At its core, though, British architecture depends on retaining its unparalleled reputation for quality. The UK’s architecture schools are second to none, its practices the envy of the world. They attract talent from across the globe. As the RIBA’s ambassador for business skills, Chris Williamson of Weston Williamson, says, ‘If we are going to stand alone, we are going to need the best in the world.’

The delicate balance is currently held together by the freedom to work here and mutual recognition of qualifications. ‘Guaranteeing those two things early on,’ says Bryant, ‘will by themselves take us a huge step in the right direction to maintaining post-Brexit stability.’

1 Access to the best talent and skills
The UK benefits from attracting the world’s best talent to its universities and practices. The influx fosters innovation and opens doors internationally. RIBA wants the government to confirm the status of non-UK EU nationals, continue to recognise EU architectural qualifications, and ensure the transferability of UK qualifications. RIBA also wants early mutual recognition of qualifications in non-EU territories.

2 Trade agreements that open access to foreign markets
The value of architectural services exports is five times higher than imports, an upward trend. RIBA wants new trade agreements to open up other export markets and to maintain the status quo for the trade in services in the EU.

3 Support for education, research and innovation
The high quality of UK architectural education attracts the best students internationally. They supply the talent pipeline to UK practices, reinforcing the UK as a hub of excellence. EU negotiations must not erect barriers. Professional R&D is buoyed by academic research funding. Cutting it off will isolate UK practices detrimentally. As well as maintaining EU research involvement, RIBA wants similar relationships with other major research blocs. Explore plugging post-Brexit funding gaps with new grants or tax incentives.

4 Action to boost the UK’s competitiveness, including infrastructure investment
Woo investors to UK plc by making it irresistibly competitive, productive and economically stable. This means boosting infrastructure by focusing on design quality. The resultant increase in public spending can dampen the short-term economic Brexit shock, as will safeguarding the free movement of capital.

5 Common standards and low compliance costs
RIBA wants continued membership of CEN and CENELEC, and to maintain common product standards. This will minimise cross-border red tape and costs after import tariffs are imposed. The proposed Great Repeal Act seems likely to deliver this.