The beleaguered high street is fundamental to the British psyche. It’s the sector most reliant on collaboration between the architect and many other stakeholders 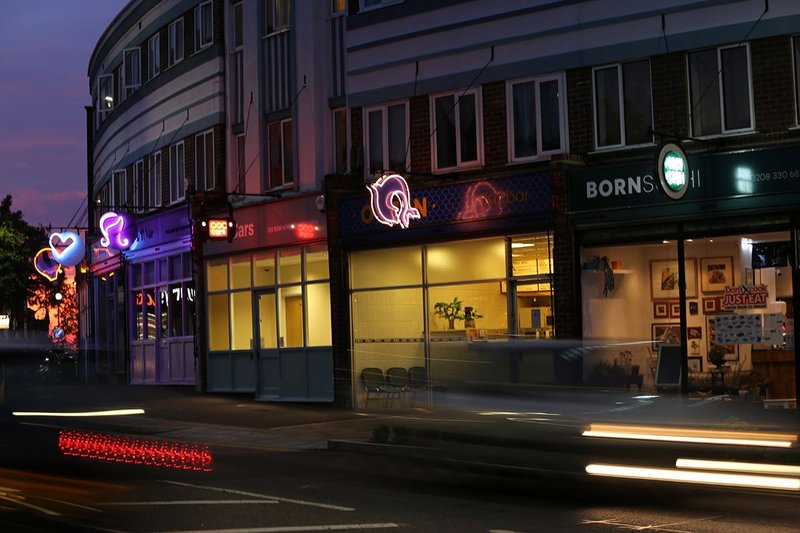 In an ever changing urban environment, high street regeneration can entice people to reconnect with the place where they live or work. Design in this context is not just about implementing physical changes, it also becomes a language to debate the form and shape of the city we all want to live in.

The deeply engrained significance of the high street in the public mind manifests in its perpetual portrayal by the media as a barometer of the health of the nation. No wonder: GLA research shows that 1.5m people work on high streets across the capital alone. Two thirds of Londoners live within five minutes’ walk of a high street, and the physical make-up and social disposition of their local high street immutably affects their sense of belonging.

High streets are not just places to shop, they are places of social, cultural and political exchange with a myriad of activity negotiating every square centimetre of public space. They are places where dreams and aspirations meet economic reality, where traditions are upheld but also examined and challenged and where history struggles with contemporary identity. It is this process of negotiation and compromise that makes the high street such a potent manifestation of the founding principles of our democracy. I have never found a person in Britain who does not have an opinion about their local high street and whose memories of growing up are not in one way or another inseparably intertwined with at least one of the country's 5,410 High Streets, 3,811 Station Roads or 2,702 Main Streets. The high street is a British institution. Like the NHS or the BBC, it is a sign of civilisation, a place that makes us feel at home. 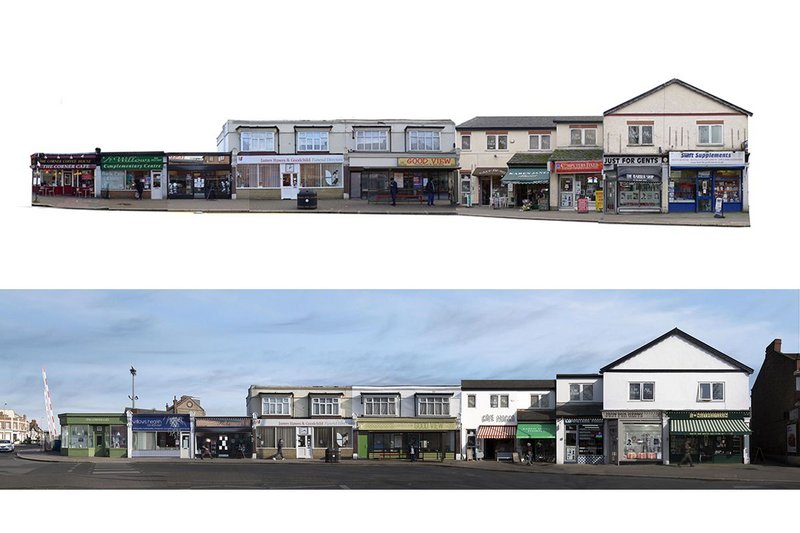 1-12 The Broadway, Highams Park, before (top) and after. The shopfronts project was led by Waltham Forest Council.

The University of Southampton report on High Street Performance and Evolution recognises that the success of a high street relies on its experiential qualities and that performance cannot be determined with quantitative measures alone. This recognition is particularly pertinent at a time when some of the most radical changes in consumer behaviour are profoundly affecting how we use our high streets. The 2008 recession has had a significant impact on high street businesses up and down the country. But it is a well-known fact that hitting rock-bottom often creates the greatest inherent potential; for existing firms to re-examine their business model and reconsider marketing strategies; for new organisations to reoccupy vacant space and try unorthodox trade ventures; for entrepreneurs to test new ways of working and selling; for communities to repurpose public space. It can bring potential for creativity. Strategies that have emerged in recent years include co-working, open-access workshops, multi-platform retailing and meanwhile activation. High streets have become catalysts for change – places of invention, ideas and innovation.

And this is exactly where architects can get involved. Managing disparate views and gradually defining a shared vision is the profession's age old specialism. And yet the RIBA Plan of Work is hardly appropriate to the fluctuating high street context; the Standard Form of Appointment useless when the architect is accountable to some 80+ stakeholders including aunts, brothers, uncles, traders' associations, council departments and absentee business partners; and the JCT works contract is toothless where exclusive site possession would wreak havoc with the viability of a family business.

Having delivered 20-odd high street projects over the last few years, we know that a such schemes require faith and willingness to embark on a journey with an unknown destination – together. The architects' ability as a perpetual designer able to engage and inspire is paramount. Understanding architecture not as an inanimate object, but as a way of working, has helped us negotiate the murky waters of vested interests, divergent aspirations, rumours and hearsay – a common theme with many stakeholder interactions. A willingness to clearly define the negotiation position is a prerequisite for a productive client relationship. Often, initial dialogue is rigged with baggage from previous, unsuccessful initiatives, broken promises, shattered dreams. Yet you march on, with an itching urge to demonstrate that this time it's for real; and knowing that part of your mission is to heal past rifts and untangle misunderstanding.

Co-design is not a retail exchange. Any stakeholder interaction must urgently avoid the apparently obvious question: What would you like? This question divests the architect of their accountability, it kills the dialogue, it undermines the opportunity to learn from each other. Unusually, high street regeneration is not about delivering what your client wants. It's about enlightening your client of what it could have and developing a coherent vision, together.

If you are still there after four weeks, people start to listen. Then something amazing happens, gradually people start to trust you, first one, then the next and the next and the next. The conversation turns. ‘What do you think?’, ‘What would you do?’ – ‘You’re the architect!’ – and before you know it, you’re part of the family. On one occasion, the manager of an Italian restaurant telephoned our office in great distress explaining that a burglar had made off with the day’s takings. My colleague advised him that pursuing burglars exceeded our remit and suggested he phone the police instead.

Despite the undeniably significant social and educational component of the architect’s brief, high street regeneration is also about visual transformation, about realising a coherent and ambitious vision, about individual and specific changes that tell tales about the site, a celebration of its unique identity, its quirks and idiosyncrasies. Many people are desperate for change. Ultimately the finished project validates the preceding engagement and design process, prompting neighbours, residents and visitors to realign the perception of their high street. The testament of a successful project is how local people perceive it. In Worcester Park in Surrey, the site of our project to reinvigorate the night-time economy is now known as ‘Mini Times Square’. Francis Road has been dubbed ‘Leyton Village’ and our High Road Leyton Project is also celebrated as ‘The Notting Hill of the East’.

As architects we are in prime position to act as mediators in an increasingly complex urban design process with ever greater numbers of constituents, ever more divergent views and an unprecedented sense of disconnect from political decision making. Design is a powerful tool for engagement and empowerment. I know that there are already thousands of us out there in the evenings, on Saturdays, listening and explaining our cause. We must demand some credit for our remit as agents of change, a responsibility so badly needed at a time where our democratic values are under greater threat than at any time since the 1940s.